by Inez Anette 8 months ago in celebrities 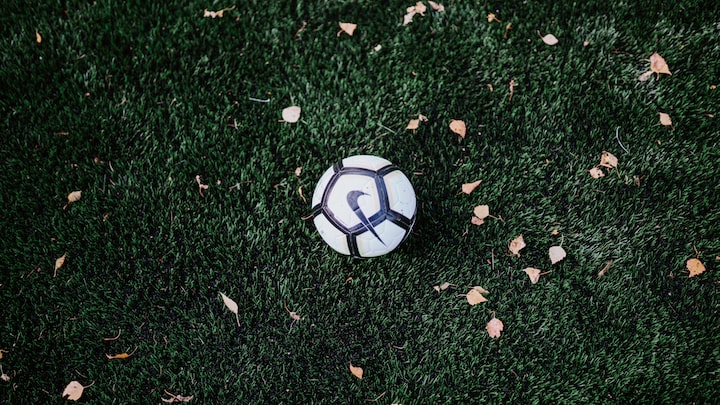 Kristie Mewis made her first appearance in this game after missing the two previous games due to a minor knee injury. USWNT dominated the first 15 minutes with Rapinoe scoring the first goal of the game. The timing of the shot was a work of art as Rapinoe patiently waited for the defender to run beside her, avoiding an offside call, before whipping the ball into the goal.

Kristie Mewis nearly snagged the next goal after headbutting the ball, but barely missed it as the ball flew off to the outside. LLoyd got tangled up with an Argentina player at 18:22, and the ball rolled off Argentina's foot but the ref called the ball out on Lloyd.

Argentina’s team went about 15 months without playing and this will be their 3rd game since starting up again. Several members are hoping to become full time soccer players within 5 years but at the moment they are still a semi professional league. Despite Argentina going so long without playing they continued to hold their ground defensively as USWNT dominated the field offensively, taking several missed shots at the goal.

The first yellow card was called on Argentina for tackling Llloyd, and Press took the penalty kick at 27:08, but it didn’t amount to anything due to an offside call. Rapinoe setup Lloyd with a shot at the goal, but the ball bounced off the right pole. Minutes later Press was given an opportunity to take a shot but it also flew off to the outside of the goal. Rapinoe approached the goal with the ball before sneakily sending it flying back to Press, who then shot it with a world of force at the goal, but it was deflected by the goalie, and the follow up shot by Press sent it loose into the crowd. At 31:16 O’hara was substituted for Sonnett. USWNT had several opportunities at scoring another goal, but it wasn’t until Christie Mewis provided the assist to Lloyd, allowing her to score her 1st goal of the game.

Krueger picked off the ball and passed it up to Mewis, allowing her a clear shot at scoring her 1st goal of the night.

Argentina kept strong possession, working the field, taking all their space, and making wide passes, which forced USWNT to go on defense for a few minutes.

The second half kicked off with Lindsey Horan, Alex Morgan, Margaret Purce substituting in for Kreuger, LLoyd, Rose Lavelle, and a much slower pace of game with USWNT continuing to apply offensive pressure to Argentina’s defense. At 61:30 Ertz was substituted for Howell and Rapinoe was subbed for Smith. Press managed to snag the ball from Argentina and took a shot at the goal but it missed and glided off to the side. Mewis also had an opportunity and shot the ball towards the goal, and it was close but no cigar. USWNT took a penalty kick at 72:52 which also fell flat as the ball flew off the field.There were several opportunities for USWNT to score on multiple occasions during this second half but whether the team was too tired to follow through with their kicks, or if they felt like they had already won the game and stopped playing, things overall felt sloppy in comparison to the first half, and it wasn’t until 83:28 when Morgan got her first goal of the game with the assist from Smith.

Press finally got a much deserved goal after a corner kick sent the ball flying directly in front of the goal, allowing a successful setup by Horan for Press to headbutt the ball at one of the goal posts, sailing it effortlessly into the back of the net. This goal helped reignite the momentum from USWNT and the aggressive pace returned to the game.

A yellow card was called on Argentina after displays of poor sportsmanship and unnecessary roughness towards Purce, which were most likely out of frustration by Argentina. The penalty kick glided along the topside of the goal.

For the most part USWNT performed as anticipated and the smoothness of the first half highlighted the team’s strong chemistry.

Receive stories by Inez Anette in your feed
Inez Anette
Read next: Welcome to FCA Toronto