The Best Female Soccer Players of All Time

by Stephen Cleary 2 years ago in celebrities

The best female soccer players of all time have left their mark on the sport's history forever. Portraying drive, competitiveness, and confidence, these players embody the qualities of pure athleticism.

Women's soccer does not receive the attention that it deserves, as it is one of the most exciting tears of soccer to watch. Among the amazing athletes that women's soccer holds, we have come up with a list of the best female soccer players of all time.

Did your favorite players make it to the list? With the future of women's soccer looking promising, the up and coming players have a lot to look up to with a list like this. Portraying drive, competitiveness, and confidence, these players embody the qualities of pure athleticism. Check out our list below. 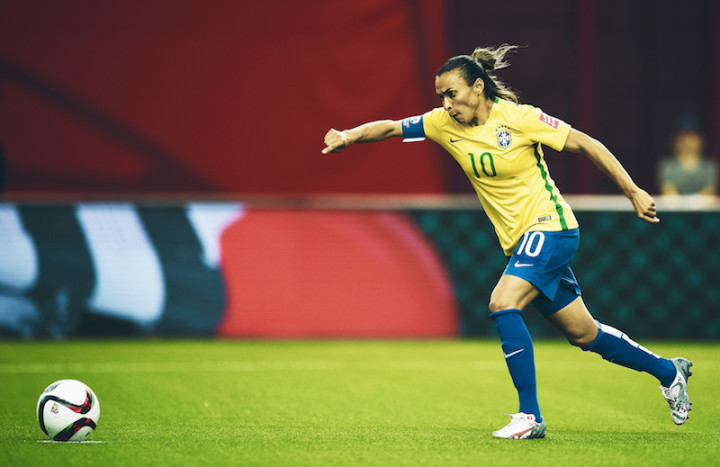 To start off our list of the top best female soccer players of all time, Marta Vieira da Silva, otherwise known as just Marta, is the world's greatest. As a forward for the Women's Soccer League and the Brazil national team, Marta has gained the nickname of "Pele with skirts," given to her by Pele himself.

Marta even had the honor of carrying the Olympic flag during Rio's Olympic Games. To gain her position as the number one female player of the sport, she was named to be the FIFA World Player of the Year a total of five times, starting in 2006 and ending in 2010. 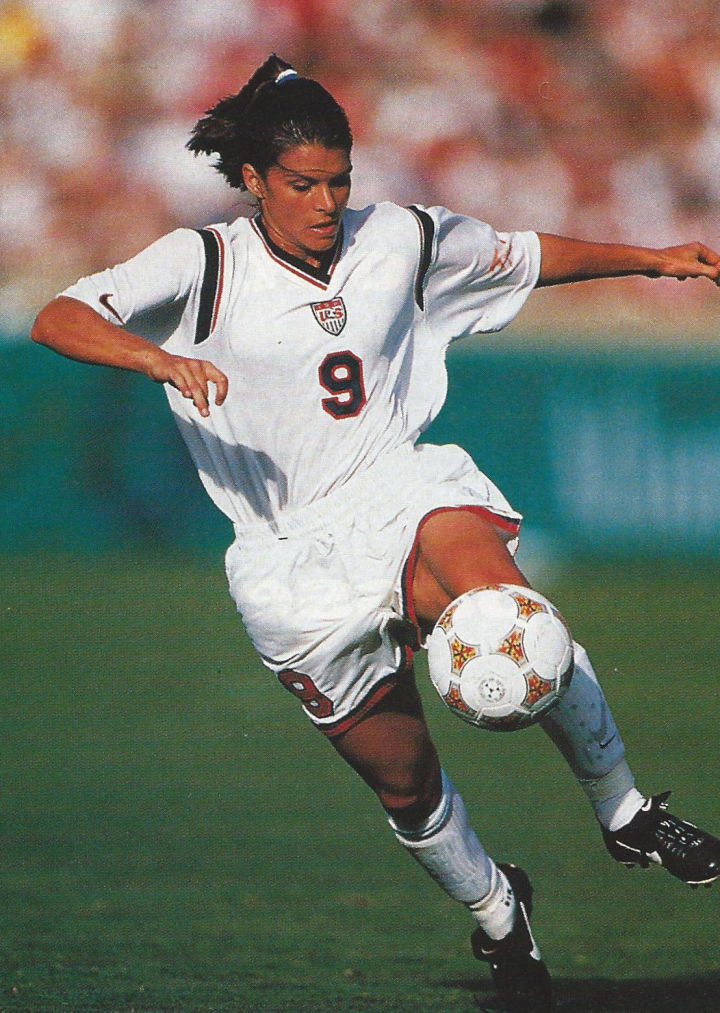 Following very close behind Marta, Mia Hamm is considered to be one of the best female soccer players of all time, as she is an Olympic gold medalist of two years. As a previous forward for the Women's National soccer team of the United States, Hamm appeared in 275 matches among 17 years on the US team.

She also held the record for the most international goals until 2013 and was the face of the WUSA. As a professional soccer player, Hamm will forever be recognized as a soccer icon. 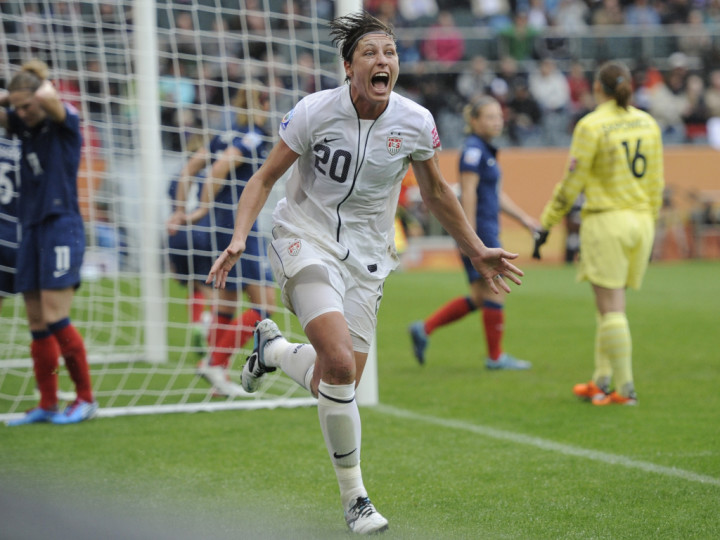 With 237 appearances and 184 goals under her belt, Abby Wambach is one of the most celebrated soccer players of all time because of her goal-scoring ability. She holds the record for international goals among both female soccer players and male.

She played in four FIFA Women's World Cups and two Olympic tournaments for a reason. Plus, she was also awarded the FIFA World Player of the year in 2012. 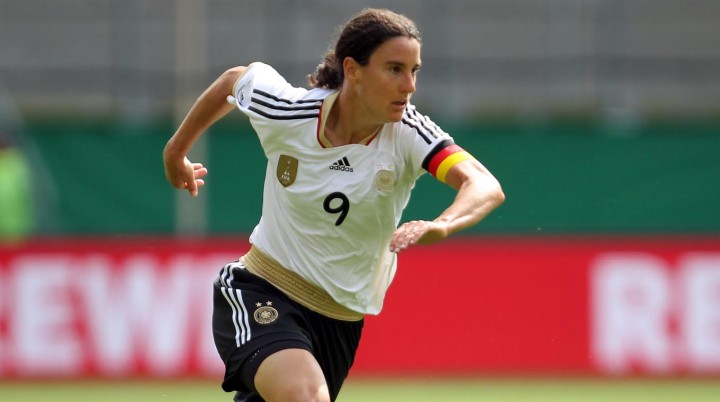 Birgit Prinz has won two World Cups and three IFA World Player of the Year. As one of the best female soccer players, she has played for the German national team, FFC Frankfurt, and Carolina Courage.

As one of the top strikers in the women's league, this player is the runner-up to the top scorer of the FIFA Women's World Cup with 14 goals. Throughout the entirety of her career, she scored 262 goals before 2011 when she announced her retirement. 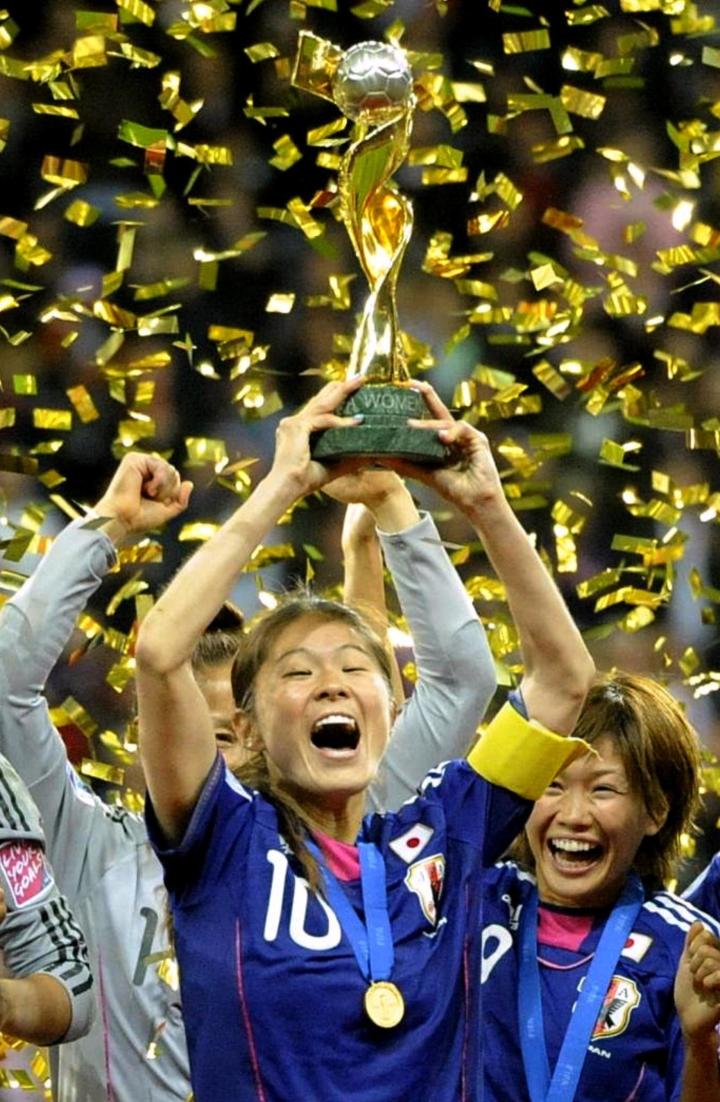 As captain of the Japan women's natoinal team, Homare Sawa followed her career all the way to the Summer Olympics of 2012. She also aided her team to victory in both the Golden Ball and Golden Boot.

Plus, she was named the Women's World Player of the Year by FIFA in 2011. Throughout her career, she made almost 300 appearances. 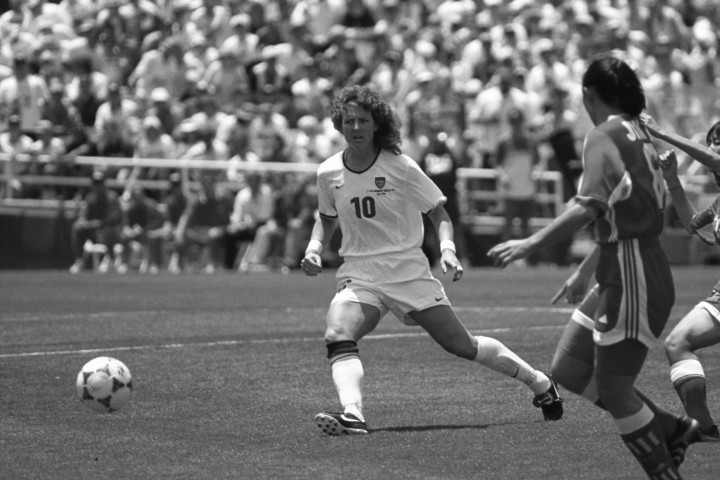 As one of the best female soccer players most famous for her historic years as a Women's World Cup victor, Michelle Akers glory years were 1991 and 1999. During the 1991 tournament, she even won the Golden Boot, which is awarded to the top scorer of the tournament.

Known to be one of the greatest players of all time, she was named to the FIFA 100, along with Mia Hamm, as one of the two listed female athletes of the living soccer players, selected by Pele. She was also named the FIFA Female Player of the Century in 2002. 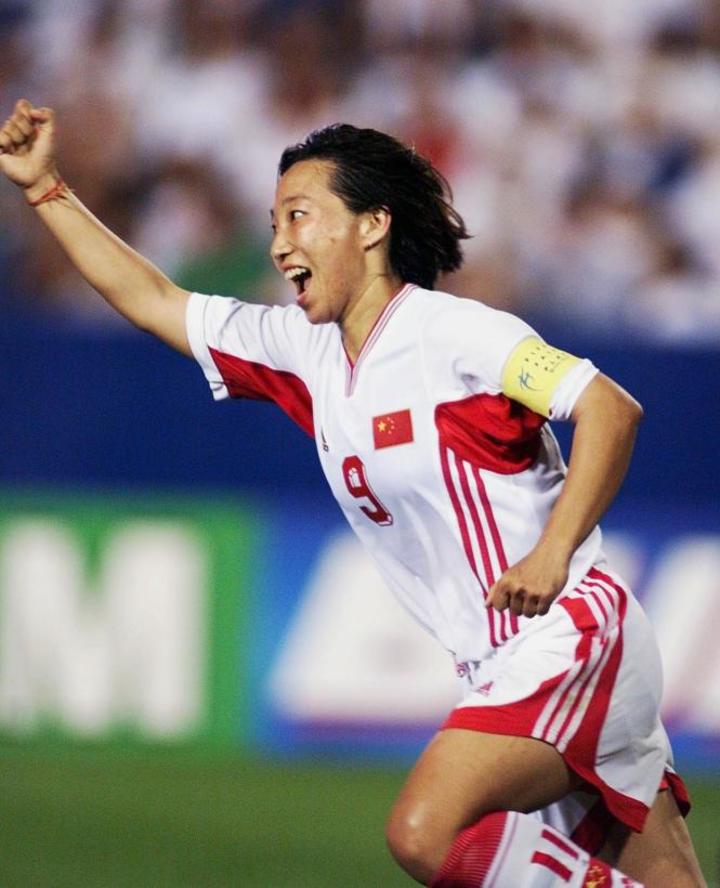 Sun Wen, a Chinese soccer player, is one of the greatest of all time simply due to her vast amount of awards and accomplishments during her professional soccer career.

As the winner of the Golden Ball and the Golden Boot in 1999 by the FIFA Women's World Cup, Wen was the top player as well as the top scorer of the Cup. She also was captain of the national team of China and the Atlanta Beat. 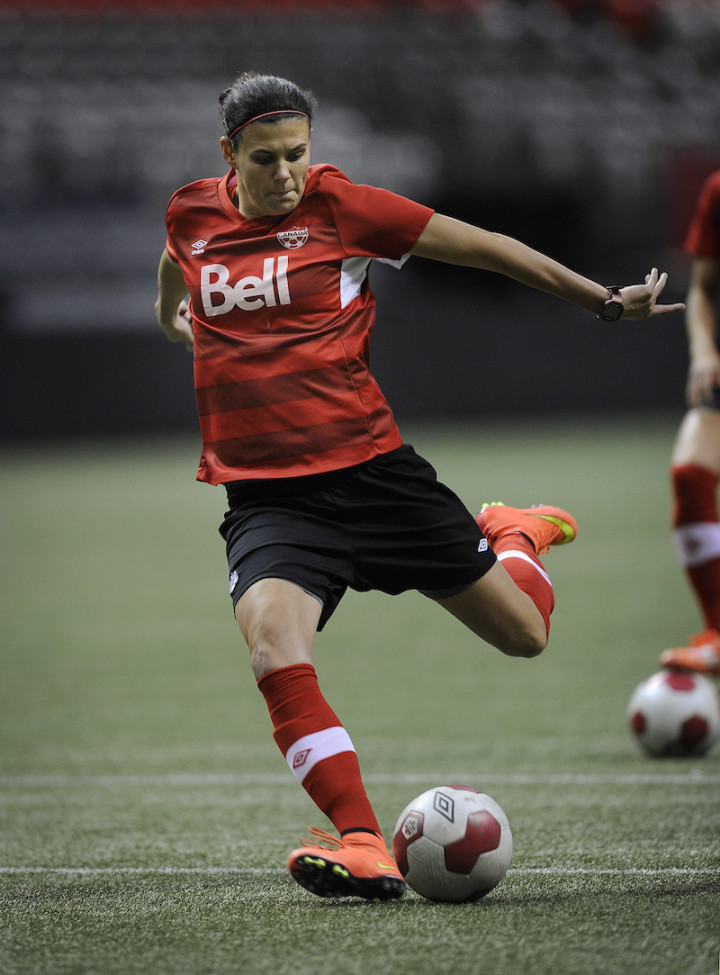 Christine Sinclair, a Canadian soccer player, was captain of the Canadian national team and played for the Portland Thorns, FC Gold Pride, the NWSL, and the Western New York Flash. 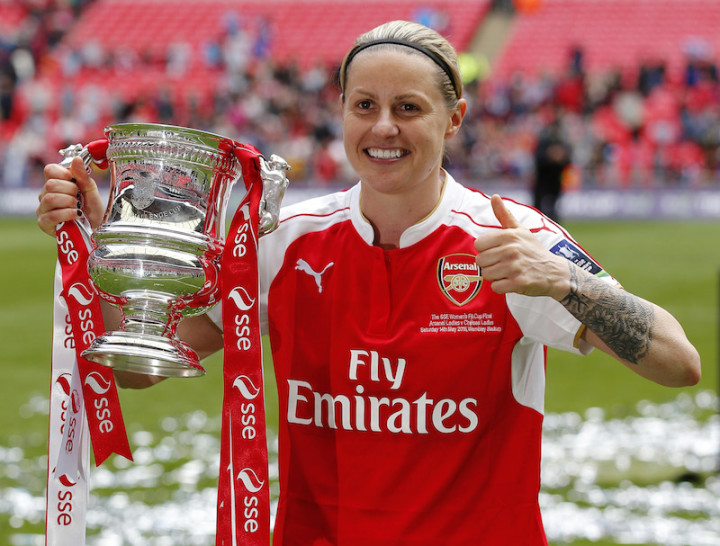 With 125 Arsenal goals, 144 Arsenal appearances, 117 England caps, and 46 England goals, Kelly Smith holds the record for the most England goals. She played for Great Britain, The Women's United Soccer Association, Arsenal, and England.

Before her professional career even began, she created records for her University, Seton Hall. Plus, she aided Arsenal in their UEFA Women's Cup victory of 2007. 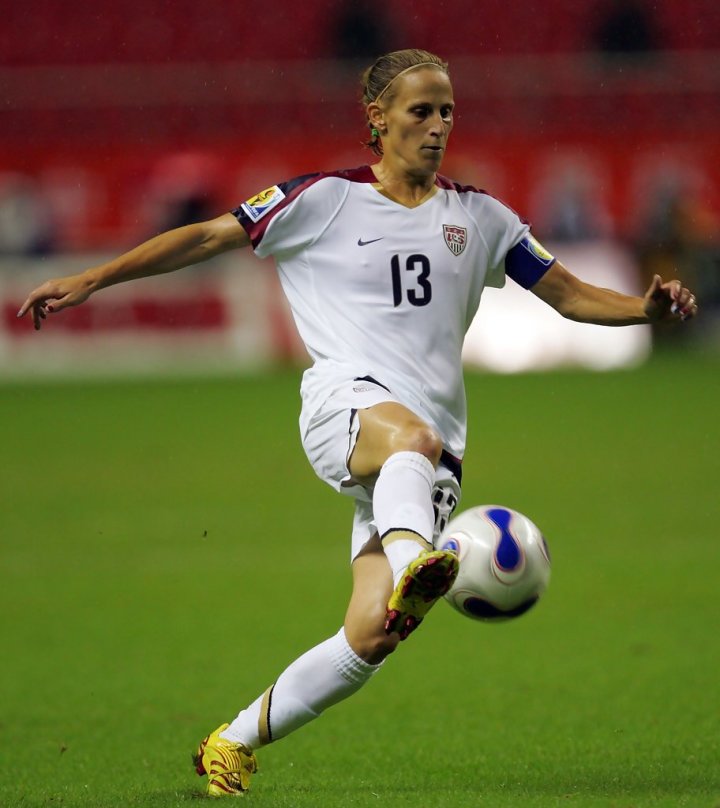 To complete our list of the best female soccer players, we couldn't forget about Kristine Lilly. Among her 352 caps, she started in 330 of them, a statistic that speaks for itself. Lilly is the most capped player in history.

She also made 105 assists and 130 career goals, placing her just behind Mia Hamm's record. She was even the first player to hit 100 caps. And has played a total of 28,700 minutes during her career.

Either playing soccer, working out, or at the movies.

See all posts by Stephen Cleary →