The History Of Nail Polish

by Shannahyah about a year ago in nails
Report Story

When Did Nail Polish Become a Thing? 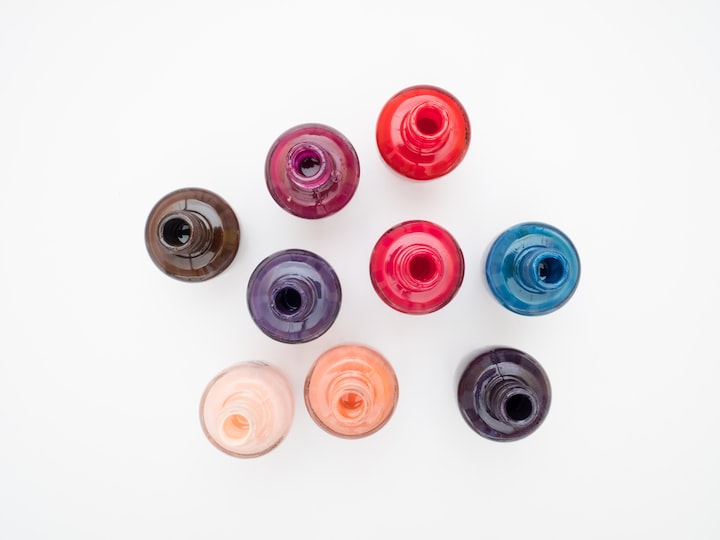 Photo by Dan-Cristian Pădureț on Unsplash

Do you ever wonder wear nail polish even started to become a thing? If you are like me, you love colors on your nails and having them done at the nail salon. They look so beautiful with colors and designs. But where did this beauty trend initially began and why?

The origin of nail polish begins as far back as 3000 B.C. in China. It was a symbol of wealth and power. Many people of high social status wore nail polish. The way polish was made was very different in the ancient days. Polish was made with various mixes of gelatin, beeswax, egg whites, and flowers. These ingredients were to stay on the nails for many hours so that a stain was created on the nails. A person had to be very patient with this process. The most popular colors to wear were blacks and reds. Less fortunate people were not allowed to wear color polish. They could wear pale colors otherwise if they were caught with colors, they could get in extreme trouble. Even death. It was very serious!

The Chinese culture of wearing nail polished eventually moved to places like the Middle East, India, and Africa. Even the Egyptians wore nail color which was made of henna. Cleopatra was known for wearing blood-red colors. You can find evidence of mummies with henna on their fingernails. The designs on nails were started by the people of India, Aztec, and Incas who wore henna on their hands as well. They used nail art to symbolize war and their culture. They painted pictures on their nails. This is the beginning of wearing nail art. Fascinating!

It wasn't until around the 18th century when nail polish started to make its way to Europe. It was still considered to be just for the high profile people in society. Nail polish was still of a powdery consistency and people would buff the nails to get the colored results.

Nail technology didn't develop until the trend came into the United States. A french makeup artist Michelle Menard created the first nail polis made of liquid. Menard worked for Charles Revson company. The idea of liquid polish came from an ingredient in car paint. Later, the company was renamed Revlon. It became the top leading cosmetic company in the industry.

The first nail salon was in 1878 in New York. It was opened by a woman named Mary E. Cobb. She also created different nail products and introduced the United States to manicures. Nail filers were invented by Mary as well.

It wasn't until the 1950's that the arrival of acrylic nails and nail wraps came to be. Acrylic nails were actually an accident made by the dentist. The materials in fill-ins for teeth were used to make the acrylic nails. This is why we have to be cautious getting acrylic nails because the harmful chemicals we don't realize are sinking into our skin pores. This is why pregnant women are warned not to get acrylic nails or even go to a nail salon breathing in chemical

There is uncertainty fo when the first french manicure was invented. Some say 1930's and others say 1975. But either way, french manicures definitely became super popular in the nail industry. I still think they look so beautiful on nails and feet. This nail style I can't see ever going out of style.

Gel nails did initially start in the 198's but didn't become more popular until the '90s. Now there are much variety of ways to paint our nails and wear our favorite nail art. With the latest nail technology, having nails done at home or in the salon is way more convenient. We can express ourselves any way we like just with our nails. It can be fun and even therapeutic. I think it is good to know where it all began so that we can appreciate it even more.

More stories from Shannahyah and writers in Blush and other communities.