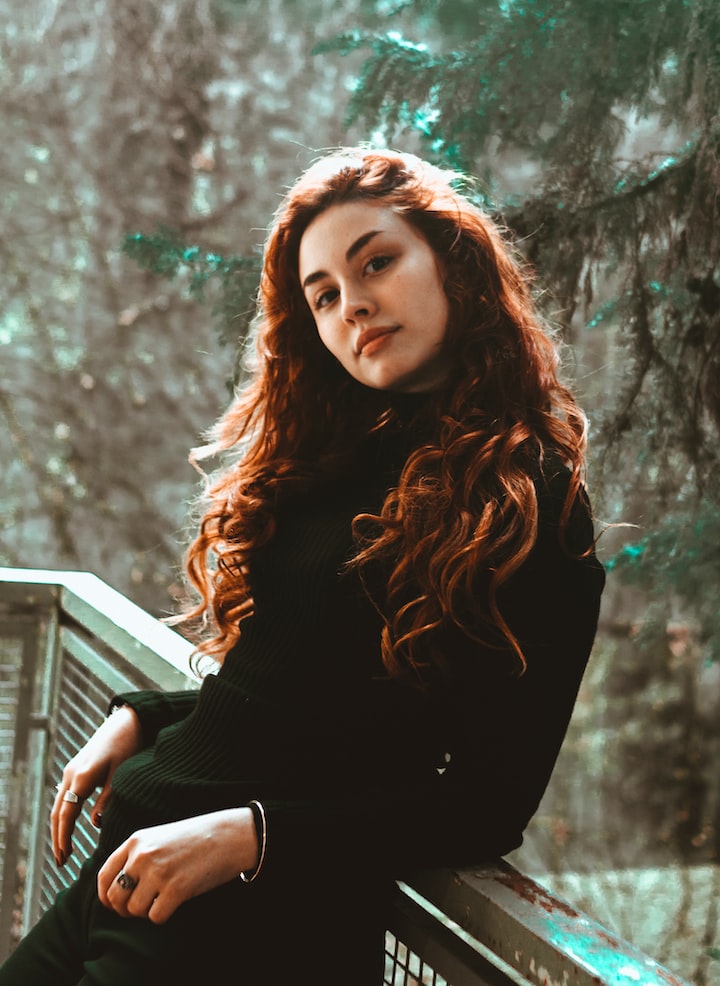 Photo by Brad Lloyd on Unsplash

Red hair is like a beacon of color. It always attracts attention. It is one of the best-selling dyes and there are even people who paint their hair that color all their lives. About 0.3% of the world's population has natural red hair, but that percentage varies from almost zero in highly populated areas such as Asian countries. In contrast, in Scotland, Ireland and Wales almost 10% of their inhabitants are redheaded.

Today, September 7, they celebrate their day. Since 2006 this date was established to commemorate that small percentage of people who, with their long hair, add more color to the planet.

In reality, red hair, or rather reddish orange, is the product of a failure in the production of the photoprotective eumelanin, and of an excess of pheomelanin, which does not protect from ultraviolet rays and is revealed in the hair, in red tones. That's why redheads are more sensitive to sun damage to their skin, and any irregular-looking lesions or moles should be checked frequently.

Eumelanin and pheomelanin are handled by chromosome 16 and it was a mutation 50,000 years ago in the gene called Mc1r that caused the appearance of the first people with red hair.

1. There are 5 genetic types of redheads that have been called auburn, copper, titian, strawberry blonde (or reddish blonde), and ginger. But from them there are many variants, lighter or darker and even combinations.

2. The combination of the genes of redheads is very peculiar. Because of this, some people may have different shades of red in their hair or just have a red beard and brown hair. This is the case of the soccer player Lionel Messi, for example.

3. Redheads get freckles from sun exposure. Their skin is more sensitive than others because they do not have eumelanin, which is a photoprotector. To also reduce the risk of skin cancer, they should use sunscreen with SPF 40 or 50 on a daily basis.

4. Like everyone else, redheads also get gray hair but the hair goes directly from red to white. It very rarely looks too gray.

5. It is not true that all redheads have light eyes. The genes that give color to the eyes and hair are different. There may be redheads with dark eyes.

6. Redheads' hair is usually curly, but it can also be wavy, straight, or kinky.

7. The color of the skin is also not related to the possibility of a child being born with red hair. There can be redheads with brown skin and even (although very rarely) Asians. What does usually happen is that they have a lighter skin tone than their parents.

8. Two redheads don't necessarily have redheaded children. Although the genetic predisposition is very high, their children can be blond or brown.

9. All people with many freckles, even if they are not redheads, have a genetic predisposition to have a child or grandchild with red hair.

And as a bonus we remember some redheads who have changed the world like Christopher Columbus, who reached what is today the American continent or Galileo Galilei who documented the movements of rotation and translation of the earth.

The case of the Egyptian king Ramses II is very curious. His mummy had four genetic tests done to determine if he was a natural redhead. They found that he had fair skin, blue eyes, and red hair.

In the arts, the writer Willian Shakespeare, the poet Emily Dickinson, the painter Vincent Van Gogh, the composer Antonio Vivaldi and the film director Woody Allen stood out.

More stories from Nouman ul haq and writers in Blush and other communities.