What Have You Done For Me Lately

by Meredith Henning 11 months ago in playlist 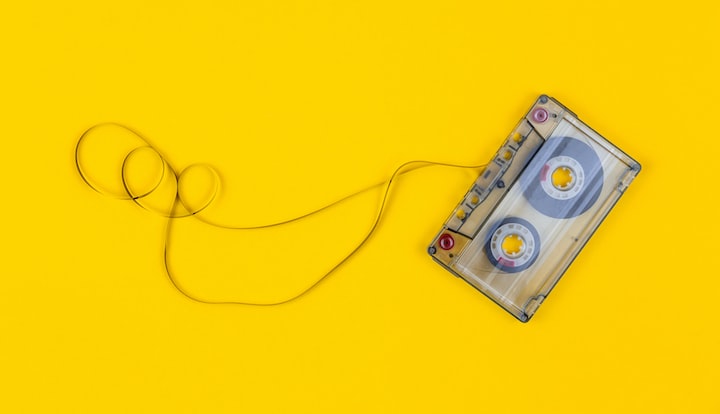 Somewhere in my parents' garage is an old file box full of mix tapes I made in middle and high school. I refuse to let my Mom throw them out. It would mean throwing away my teen angst, love of grunge, and my obsession with love songs made evident by the number of tapes entitled "Slow Songs" in my youthful, round handwriting. It was also a lot of work. Some tapes were carefully planned out, while others took hours to create waiting for the perfect song to come on the radio and pressing the "play" and "record" buttons in unison at just the right time. And of course we cannot forget cranking the cassette reel with a pencil to make sure it did not begin 5 seconds into the first song. I was very proud of my skills and even though it is much easier and cheaper to create a playlist today, I have to admit I do miss the dedication and joy that went into it. I miss the trips to Tower Records and Rasputin's, searching for new cassette singles (it was usually all I could afford) after a new music video premiered on MTV. Ah the music days of yore and yesteryear.

Besides my return to memories of mix tapes, an anti-Valentine list is a perfect project for me because of my nostalgic fondness and strange memory of love ballad lyrics while always hating Valentine's Day. I am single now, but even when I was in a relationship I thought it was stupid; an excuse to go on an uncomfortable first date or receive over-priced flowers with a tiny balloon that deflates long after the relationship has. So this playlist is meant to be fun, full of clashing genres and storylines that I hope everyone can relate to whether you are single or not.

I will not go through each song on the list (you're welcome), but I will share a few to just give you a sense of its randomness and how it touches on all the feels when it comes to human relations.

"Laid" by James - Ah yes, when obsession meets unhealthy meets get away from me meets I cannot get enough of you. All wrapped up in a catchy tune that is fun to yell-sing and dance to.

"Ladykillers" by Lush - I love this song so much. It was one of the first songs I heard that touched on how ridiculous men can be when you go out with your friends and just try to have a good time without being bothered. Boys can be so silly.

"Used to Love Her" by Guns N' Roses - What says relationship issues better than having to kill someone but needing them near you after the fact? I know, killing someone isn't funny, but this song is a kick to dance to despite the confusion and mixed feelings he is clearly going through. It really does make me laugh, though. What can I say.

"I Get Around" by 2Pac - I mean. Can we get anymore anti-relationship than this? Plus it is 2Pac and Digital Underground so that's all I need to say about that.

"Ring of Fire" by Johnny Cash - We have all been in that ring of fire. I was in one for much too long, and it burned, burned, burned.....

"Divorce Song" by Liz Phair - Liz Phair gets me. Her lyrics, especially in Exile in Guyville, are absolutely perfect and speak to everything I have gone through in my 45 years. The fact that she can match them with upbeat melodies is a recipe for an all around anti-valentine album.

I hope you will enjoy this list. I know I will be dancing and singing to it on the 14th and beyond.