The iPod That Could Have Been Lost Forever

by Olivia Paus 9 months ago in vintage
Report Story 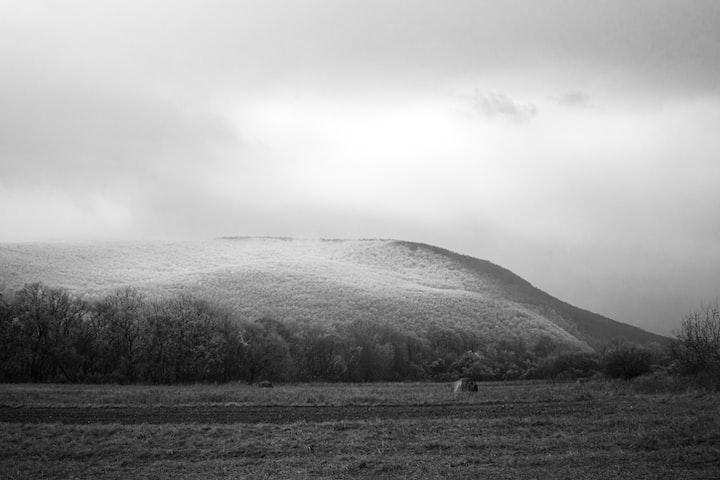 Photo by Szabolcs Toth on Unsplash

It was a snow day. My 11-year-old friends and I decided to play within the contents of our neighborhood. Nothing unordinary.......

With Christmas having just passed, we all had gotten the latest Apple gadget. I was one of the last kids to get one. Not realizing that an iPod Touch was necessary to stabilize my reputation.

My usual friends called me outside to play. All of us bundled up in warm layers, our soft ivory skin and matching Uggs. The only thing to tell us apart; various colors of snow pants. My friend Diana's house being our destination.

My three friends walked together in a row. I trotted along beind them. The cool air making my cheeks rosy.

Hailey fingered the iPod Touch that peeked out of her pocket. She turned to Diana, "Coldplay is so good. Yellow is such a great song."

Diana shook her head. "Foreigner is so much better," she challenged. I stood behind the both of them rattling my brain for any Foreigner song I might know. Something that might have been lodged deep in my mind.

The two girls argued for what seemed like 20 minutes about which was better: Foreigner or Coldplay. Eloise focused on keeping herself warm.

I wanted to bring up that "I also liked Coldplay." But that didn't seem good enough. I had to say share something else. Something that would reflect what little music knowledge I had (at this time).

I looked from Hailey to Diana, their voices sounded like mumbles over the little voice in my head. Haphazardly, I grunt. All 3 girls turn around. "Both bands have the same type of message," I say through slightly clenched teeth. Eloise walks slightly ahead, creating a space.

Hailey smiles and ushers me forward. Her knitted fingers pull at my right mitten. She examines my bare fingertips. "I want to paint your nails later!" Hailey says exitedly.

We trudge forward. Maybe two more stop signs from Diana's house. Still looking off into the distance, Eloise says, "This must be what Antartica feels like all of the time. Small penguins have to deal with this crisp air all of the time. Each day the same to them."

I stare at the back of her head. Blonde curls pouring over her shoulders. "What a genius." I say to myself.

This girl is thinking about the other side of the world. I barely have the capacity to think of anyone that isn't family or is outside of my inner circle. And she is freshly 11-years-old.

Or walking adventure has come to a halt. Diana's house stands right in front of us. Each of us takes turns jumping into the snow pile her dad procurred alongside of the house. I make sure the my mittens are secured to my hands before I jump in.

We do normal 4 grader rituals during a snow day. We make snow angels, and pack snow into our tiny hands. Diana throws a snow ball at Eloise, and Eloise throws one at me. Hailey screams when I throw one at her out of the blue. Then quiet surrounds us. All of us girls just sit in the snow.

Pure calmness inhabits me. I look around at all of my friends and see them as beautiful. A beautiful set of young women. Not all people would describe them as beautiful. But for me, during the pellets of snow evaporating on my face and my body tightly sheilded from the snow, it is possible.

A silly side comes out and I stick out my tongue and catch some of the pellets.

For a brief moment, nature is all that matters. But one of the girls breaks the silence.

It is time to move to another location.

I stand up and look down at the mound. I see a black object, I quickly brush off the snow covering it up. I see it's my iPod Touch. It must have fallen out while I was throwing a snowball.

I consider leaving it there in the snow. This black box. This piece of technology which does not need to control my happiness.

The girls are calling for my attention. "I need to hurry up."

Quickly, I pick up the black box. I shove it in my pocket. We leave.

I recently just graduated from Columbia College in Chicago. People keep asking me if and when I'm going to apply myself to something involving writing. I still don't have any clue. I just know that I like the way writing makes me feel.

More stories from Olivia Paus and writers in Beat and other communities.