The hidden power of ancient music

by M 20 days ago in science

A playlist for the mind

Taking a journey into the past history of ancient music can be enlightning experience. Such an endeavour could help one understand the evolution of our bodies and mind in parallel and tight connection with rhythms and harmonies of musical notes and instruments.

While food and water satisfied the needs of the body in ensuring survival, art and music catered to the needs of the mind and soul, empowering our ancestors to overcome enormous difficulties that the harsh and dangerous environment they lived in was bringing every day.

Resonating with the inner workings of the brain, music brought into the light hidden, unknown powers of the human mind that we are just starting to uncover and understand.

Thus to look for that music that has the most profound impact on our brain, helping us evolve through millennia, we can turn to old sacred and folk music.

Below are just some example gems; ideal additions to any playlist aiming to enhance the function of the brain.

In 2013, scientists from the Montclair State University and Westport [1], using EEG measuring equipment found that Native American flutes have a significant impact on our brainwaves. This impact was so profound that the scientists concluded Native American flute could be used against clinical conditions including post-traumatic stress disorder (PTSD), asthma, hypertension, anxiety or major depressive disorder amongst others. Without a doubt, the Native American culture understood the healing power of its music long before modern scientists were able to measure and demonstrate its beneficial impact on our wellbeing.

Teleporting into the African continent, we find one of the richest heritages of music and instruments that have influenced and continues to influence modern music throughout the world. Here too, studying the impact of the music style on the brain, we find that traditional African drum music seems to have been specially created to enhance the power of the mind.

The rhythms of drumming, prevalent especially in sub-Saharian Africa, are yet another way through which our brains can access its hidden resources to heal, focus or create. According to Barry Quinn, a clinical psychologist specialised in neuro-feedback research, even short drumming sessions can be used to significantly reduce stress.

Flying thousands of miles to towards the south-east, to Australia, we find the didgeridoo. This ancient aboriginal instrument produces superb sounds that one can rightly think to have come from another dimension or universe.

Adding to the scientific results presented above, analysing aboriginal music, a team of researchers from the University of North Carolina, found that the Aboriginal Didgeridoo sound meditation can be a useful tool for stress reduction and mood enhancement.

One of the most remarkable characteristics these masterpieces have in common is that their creators did not aim to satisfy a marketing trend or the demands of a commercially focused producer but the needs of the mind and soul.

Thus as confirmed by mounting scientific evidence ancient music created by our ancestors in different parts of the world and passed from generation to generation can have a profound impact on our brains empowering them to heal, relax, create and focus.

It is therefore entirely possible that music may have indeed played a vital role in the survival and evolution of the humankind.

These songs are just a tiny fraction of music creations, some as old as civilisation itself, that can empower the brain and continue to help us overcome daily challenges.

Nevertheless, they are great starting points for anyone who wishes to embark on a journey exploring this wonderful world of ancient music. 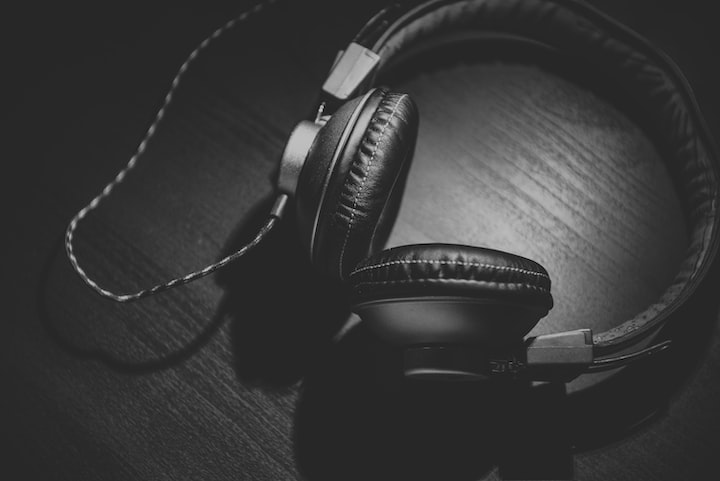 By Blaz Photo on Unsplash

Zooming into the microcosmos of my own world; to choose songs that would help me focus I have tried to find those styles that had clear scientific proof behind, showing their efficacy.

While several well known studies focused on baroque and classical music, once I discovered ancient music I realised, for me at least, it opens a much wider universe of choices.

Additionally, I do believe that, because ancient music evolved throught thousands of years, it moulds on the way our own brain evoloved to process and interpret musical information at an unconscious level.

While, I'm at the begnning of this journey, I can say that I used ancient music in a number of situations including:

For us writers, the last point is an efficient strategy to better transcend our minds into the time and place our stories are positionsed.

I hope like me, you find exploration of ancient music a fascinating journey that is not only enjoyable but also enhances your creativity and overall brain power.

[1] An Exploration of Physiological Responses to the Native American Flute - Eric B. Miller† and Clinton F. Goss

science
M
Read next: Jay Z: From Worst to Best
M
See all posts by M →