The 10 Songs That Changed Me 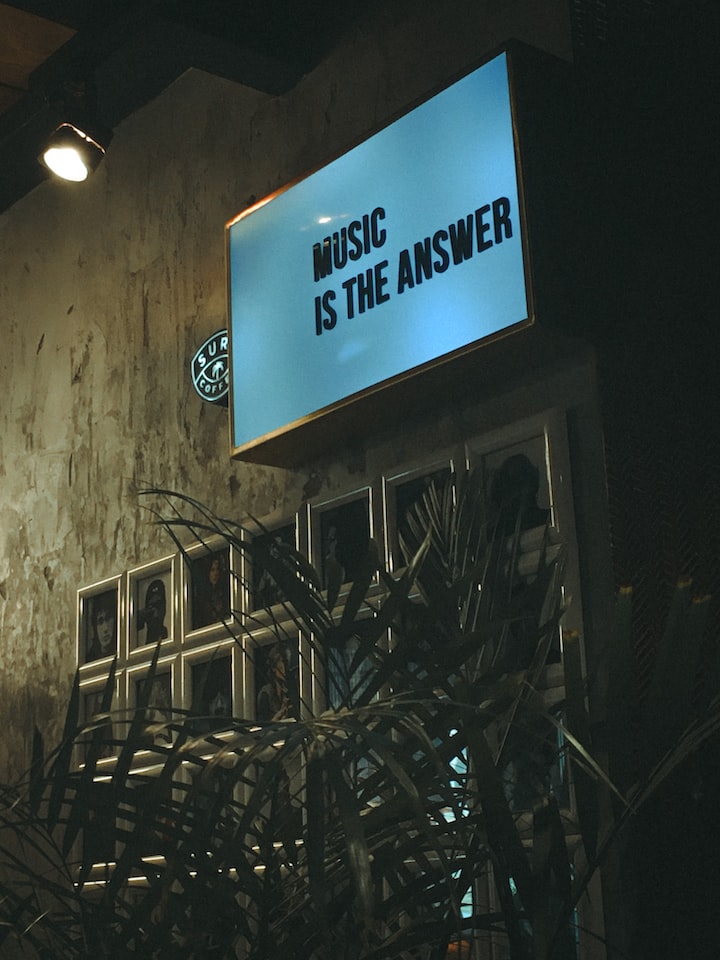 Photo by Artem Ka on Unsplash

Music is what we come into this world with. The beating of our hearts, the sighs and murmurs of those gifted to witness a new life come forth, the lullabies that grace our unchecked ears. A soft, yet chaotic rhythm that sets the tone for our interesting lifespans on this earth. Music is what we use as an enhancement to our lives- to set the tone, to brighten the mood, to feel like we're not alone. Music is one of the things that make life worth living . . . and music is sometimes what changes our lives. Millions have written poetry, songs, books, and movies about music and what it can do for a person.

And I'm one of those millions, so- here's a list of the songs that have either greatly impacted me:

This is first because it was the first rock song I'd ever heard. I grew up in Miami with a mother from the West Indies and a jazz loving Philly father. So the first five years of my life were dedicated to The Quiet Storm smooth jazz program on the only jazz station Miami had, Reggae, and the occasional RnB music. Honestly hip-hop and rap didn't really enter my life until I started school, but . . . my first rock song is special. I'd never heard anything like it before, and I was entranced. From then on I begged my dad to listen to 93 rock until it eventually left the airwaves.

Your first Jimi Hendrix song is always a wonderful memory. I'd never seen before (and mind you I was young and just learning about rock music) a Black rock star, especially on the level of Jimi Hendrix.

Youtube, 2007. What a time to be alive. When youtube was nothing more than Charlie the Unicorn, Llamas with Hats, and AMV's with Linkin Park's "Numb" or something else emo. But one day, Youtube decided to update my dark anime playlist and offer a recommendation of . . . "Caramelldansen".

And that was it. I was trash. I was DDR soundtrack bumping, Nightcore obsessed trash.

Inuyasha Nation stand up. First anime OST I was ever in love with. Of course, as I've grown older, while I still appreciate the song I have since realized the superiority of "Fukai Mori" in terms of Inuyasha ending songs.

5. The Ghost of You - My Chemical Romance

On a whim, I bought a CD with some gnarly looking cover art from Target. I was at an age where my portable CD player was never not in arms reach, and so I was able to quickly press this in and see exactly what I'd purchased. Some pretty awesome music, needless to say. Three Cheers For Sweet Revenge was a cultural reset for me, but this song in particular . . . "The Ghost of You"? It cemented me as a diehard My Chemical Romance fan from now until the Black Parade recruits me.

My first song from my favorite band. One listen to this and I was a goner, scrolling through Youtube for every song they had available. I mean, if any fans of BB are reading this, that hiatus was the trenches for us. One of the greatest days of my life, honestly, was getting to see them in concert . . .

Hmm . . . a milestone of mixed feelings. This song was the played in the credits of Shrek 2 and, as that whole soundtrack was full of bangers, I was intrigued by the band. Well, for some reason their soft indie song was kind of vibing with me, despite a previous dislike of soft rock, and that led to my Zune getting a whole album of indie madness. That phase lasted for about . . . a year and a half, and then I woke up one day to a bunch of Sims made music videos for Dashboard Confessional and that was the end of it.

Oh, Bleach, God I loved that anime. I know further up in this list I put Namie Amuro's hit as the first anime ending I'd ever loved, but "*Asterisk" is the song that put me on game to loving Anime OSTs in general. Bleach kind of had me down bad, I was downloading their instrumentals that played during battles and whatnot. From this point on I was nearly exclusively downloading anime openings and endings, little else honestly.

A Milli was just kind of a generational marvel, though, wasn't it? I was one of nearly an entire school full of kinds who dedicated themselves to learning those lyrics by heart. Even typing this I'm hearing the lyrics just scroll through my brain like that extra news ribbon at the bottom of your TV screen. This song had me diving into the world of hip hop because shortly after this, DJ Khaled was popping off, Cash Money was everywhere, and I was suddenly well informed about who was beefing with who and why. As the kid who'd always been sort of a black sheep for liking rock music in a community that had deemed it "white music", getting connected to others through this felt kind of nice for a while.

10. This Is America - Childish Gambino

This one doesn't even need explaining. This one changed up things for a lot of people, and to this day this song is still not only iconic, but tragically relevant. This song hit really hard for me in 2018, seeing the imagery used and how the cycle seemed to repeat over and over in the real world. It's not just a song, it's a stark and searing observation of an obnoxious Imperial power.

More stories from Danny Fantom and writers in Beat and other communities.