by Julie Lacksonen 3 months ago in playlist
Report Story 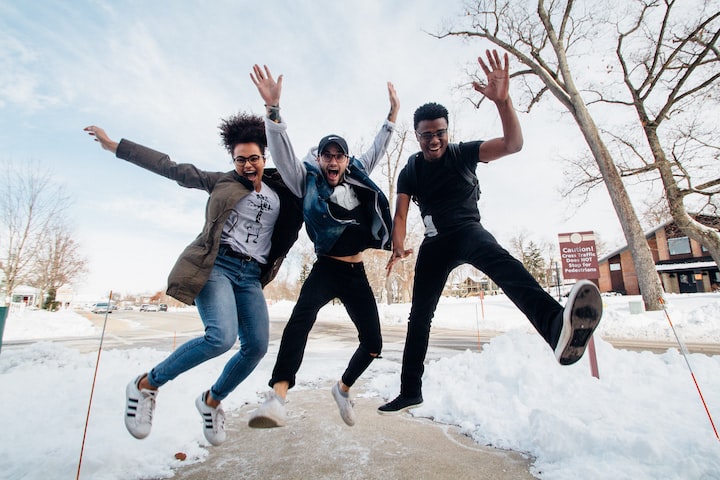 Photo by Zachary Nelson on Unsplash

Here are some truths about friendship:

With these facts in mind, this article includes a playlist with friends in mind. With a great variety of genres, most people should find something to appeal to their taste.

James Taylor won a Grammy Award for "Best Male Pop Vocal Performance" with the first song in this list, You Got a Friend in Me. The song was written by Carole King. Taylor recorded it first, but King's version was released sooner.

That's What Friends Are For was written by Burt Bacharach and Carole Bayer Sager. It was first recorded in 1982 by Rod Stewart for the soundtrack of the film "Night Shift," but it is better known for this 1985 cover version by Dionne Warwick, Elton John, Gladys Knight, and Stevie Wonder.

This catchy love song was written by Queen's bass player, John Deacon. He wrote it about his wife. It was his only composition for their album, Night at the Opera. Enjoy You’re My Best Friend.

This next one was written by Randy Newman for the Disney movie, "Toy Story" in 1995. Newman told Rolling Stone in 2017, "I asked for adjectives, they gave me 'friendly,' 'comforting.' I took them seriously. Cartoon figures have adult emotions..." The song is, You Got a Friend in Me. Sadly, Newman's song lost out on both a Grammy and a Golden Globe award in 1996 to the song, Colors of the Wind, from the movie "Pocahontas."

In My Life is a song by the English rock band the Beatles from 1965. The lyrics were written primarily by John Lennon, credited to Lennon–McCartney, who later disagreed over the extent of their contributions to the song.

True Friends was written and performed by Shannon Curfman, from Fargo, ND, for her 1999 album, "Loud Guitars, Big Suspicions."

Penned by Dewayne Blackwell and Earl Lee, this next song, I've Got Friends in Low Places was made famous by Garth Brooks.

This bluesy southern country tune, Friendship, has such great messages about what friends should mean to one another. Although performed by Chris Stapleton, this one was composed by Homer Banks and Lester Snell.

Lean on Me was written and recorded by American singer-songwriter Bill Withers. It was released in April 1972 as the first single from his second album, Still Bill. It was a number one single on both the soul singles and the Billboard Hot 100; the latter chart for three weeks. It's no wonder - it's always tempting to sing along.

American Country singer-songwriter Dan Seals wrote and performed his song, One Friend, for his 1984 album San Antone. He included such sweet guitar playing and lyrics.

The song Lucky was co-written and performed by Jason Mraz and Colbie Caillat. For their efforts, they earned a Grammy award in 2010 for Best Pop Collaboration with Vocals. The lyrics, "Lucky I'm in love with my best friend," are true of many people.

The final song on this list is Count on Me sung by American Singer-songwriter, Bruno Mars. It was written by Bruno Mars, Ari Levine, and Phillip Lawrence. Levine and Mars played and recorded all of the instruments on the track. The song was featured in the movie, "Diary of a Wimpy Kid: The Long Haul" in 2017.

I hope you found a song that was new to you that you now love. It's been a blast making this playlist. Watch for more, and if you're in the mood for a poem or short story, I've got plenty of those too. Just click on my profile picture.

More stories from Julie Lacksonen and writers in Beat and other communities.