by Shamar 16 days ago in humanity

How ASMR is a new and transforming way for you to meditate. 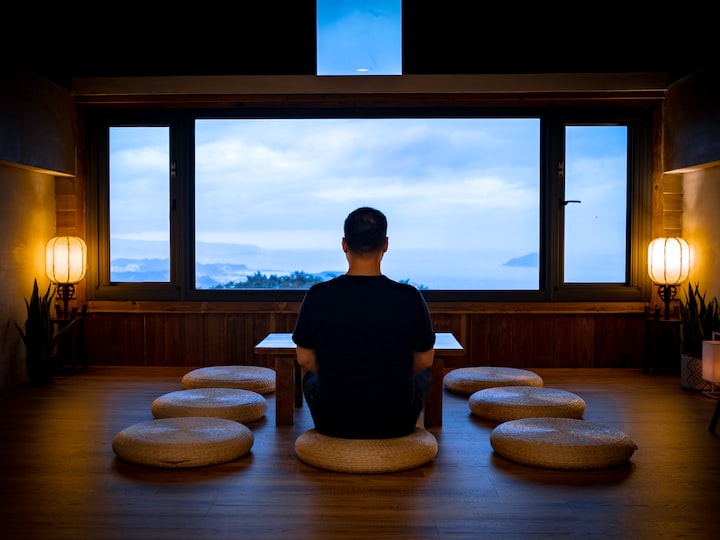 Photo by Rémi Thorel on Unsplash

ASMR is an abbreviation for Autonomous Sensory Meridian Response. Ever heard of it? Well, it's actually a very recent form of meditation that was only labeled by Jennifer Allen in 2010 and the first ASMR videos were discovered on YouTube in 2009 - so it's likely you haven't heard of it.

Autonomous sensory meridian response (ASMR) is a calming, pleasurable feeling often accompanied by a tingling sensation. This tingle is said to originate in a person’s head and spread to the spine (and sometimes the limbs) in response to stimulation. - Dictionary.com

I had only tried out ASMR for the first time a few months ago when my friend had recommended ASMR meditation — constantly banging on how amazing they felt afterward. I simply just nodded my head and carried on with my day.

However, these past two months I've been being tested in my life in no way like I've experienced before. I've been so busy looking for ways to change my life positively alongside having my crystals and regular exercise - but having a very disturbed sleeping pattern meant that it obviously wasn't good enough.

So, I decided to listen to ASMR. I had come across a few singing bowl videos on YouTube and decided to give it a try. Almost instantly, I was put into a trance. My body felt relaxed, my eyes felt heavy, my brain went all soft, it felt as if the music was bouncing from one ear to the other, I felt weak and my feet had soft pins and needles. It didn’t take long for me and my good friend Mr. Sleep, to meet again.

All of the symptoms I had described above are what makes ASMR so special. When you perform normal meditation (e.g. calm music, legs crossed, and breathing exercises) you just tend to feel zoned out and relaxed - one basic kind of emotion. On the other hand, listening to ASMR causes 'brain tingles' which is described as a beautiful tingling sensation that starts in the head and neck, and it can sometimes move to your arms and legs. It may also happen in waves or pulses.

For me, it starts with me feeling sleepy and hypnotized then 15 minutes later my scalp is on fire with tingles - good tingles - which are pulse-like. It can cause me to become completely distracted from my thoughts, allow me to concentrate on what I'm feeling in the current moment in time, and feel relaxed, which is the whole concept of meditation.

How does it work and what should you listen to?

What is great about ASMR is that there are multiple 'triggers' that can cause 'brain tingles'. A study with 130 people reported these common triggers as — soft-touch, whispering, soft-speaking, close personal attention, delicate hand movements, and crisp sounds. Hence the reason why there are so many different types of ASMR you can listen to.

Spotify has a good variety of ASMR. However, I find that YouTube is way better because it can also cause visual triggers. My personal favorites are anything to do with nails, make-up, singing bowls, or hair. The videos I recommend are from the following YouTubers;

I stumbled across this video yesterday and cannot believe the magical effects it had on me:

I take my time to listen to ASMR every night for half an hour before I go to bed to ensure that my anxiety and intrusive thoughts can't take over, it's worked very well so far. When I'm at work and the day is becoming stressful, I will listen to ASMR to slow down my racing thoughts and just generally calm down. Sometimes I even listen to it when I'm writing but it can be a mistake because I’ll just end up in sleepy land.

Typically, when most people try to meditate they will listen to their favorite songs with their favorite lyrics to try and get 'into the zone.' However, what makes ASMR so different is that no matter what type of ASMR video you listen to, it all activates 'brain tingles'. There's no stopping it! Some ASMR videos may activate a more intense feeling of the tingles (sounds of water sends me straight to sleep) but I'll let you figure out what works best for you.

Due to ASMR music neurologically activating your brain and causing ‘brain tingles’, it can’t not work as you can’t stop your brain from doing it’s thing.

A study published in 2018 looked at 10 participants who were watching ASMR videos whilst hooked to an fMRI machine. Results showed that ASMR tingling was associated with increased activation in brain regions involved in emotion, empathy and suggested that ASMR activates neurological pathways involved in socioemotional bonding (an individual’s relationship with society and their emotions).

Here is a list of other reasons I would recommend listening to ASMR:

1. Your current ways of meditation are becoming boring.

2. You are willing to try something new.

3. Your current ways of meditation are becoming less effective for mindfulness.

ASMR is clearly a new generation type of meditation to help you zen out. Although, please be careful because for some (me) it works slightly too well and will send you straight to sleepy land!