by Victor Christy 15 days ago in playlist

A selected list of artists I listen when I work out 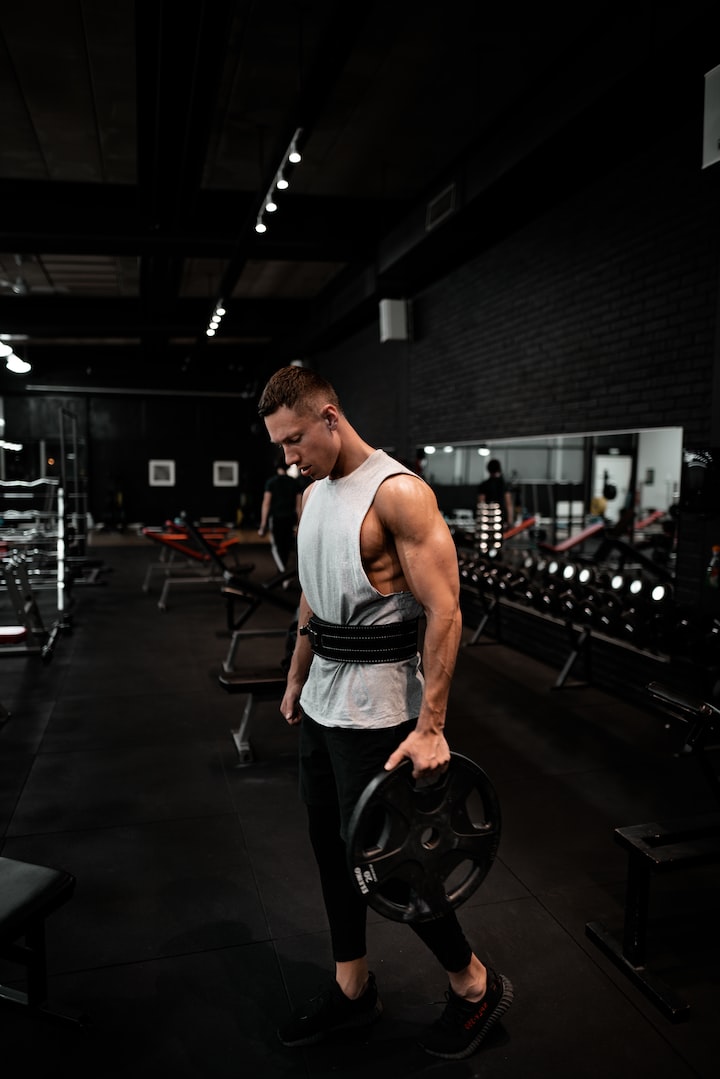 Photo by John Fornander on Unsplash

As we go to work out in the gym, people wonder how they need to move forward and plan not be distracted by other things outside of their physical activities. For me, I usually work out at the gym with my iPod when I get out of the house and listen to various artists from iTunes. But when I do work out at home, I switch from an iPod to my phone, an iPad, or a preference of both devices. Not only I use iTunes from both my iPod and iPad, but I also use Spotify or YouTube where I have access to listen to a wide arrangement of songs, various genres, and different singers, groups, or orchestras from the past or present that keeps me moving forward. So, here is a selected list of artists, groups, or musicals that I usually listen when going out in the gym or work out at or around home.

I. First artist when coming to my mind is Bing Crosby. I have always admired the way he performs whatever song from the American songbook is written by any familiar songwriter, like Irving Berlin, George Gershwin, or Cole Porter, he improves the melody and rhythm with his own talent of bel canto along with that rich, mellifluous, and beautifully warm bass-baritone of a voice he possessed and that uncanny way of handling the lyrics when singing on stage, film, and off. I know it is weird to ask and wonder why I prefer Bing Crosby as one of the artists I listen to when I work out, but that's a personal preference because I usually listen to old school artists and specific singers that are good depending upon my mood.

There is only one song that I always thought was so specifically good other than Bing's signatures, like White Christmas, Moonlight Becomes You, Please, Swinging on a Star, or Where the Blue of the Night Meets the Gold of the Day. That song was the famous Unchained Melody. Yes, that same tune that was recorded by Bobby Hatfield and Bill Medley of the Righteous Brothers in 1965 and was used in the film Ghost with Patrick Swayze, Demi Moore, Whoopi Goldberg, and Tony Goldwyn. But actually, that song was written in 1955 by Alex North and Hy Zaret and was first recorded by Al Hibbler, Roy Robinson, and then Todd Duncan, the man who created the role of Porgy from Gershwin only opera's Porgy and Bess with Anne Brown, in a film titled Unchained. That was 10 years before the Righteous Brothers had made that song into one where it will always be recognizable to listeners today. When I listen to Bing singing Unchained Melody, it's when I think to myself that the jazzy and pop music playing in the recording goes smoothly for the way it is originally written and I think it is, in my honest opinion, the best version there is than that of the Righteous brothers.

Even though I admire the Righteous Brother’s version in 1965, Bing’s recording around 1955 to 1956 is probably the best version of Unchained Melody ever.

II. Second singer in my mind is Elvis Presley. Elvis, in my mind, was one of the first singers I've listened to as a child. I sometimes listen to Elvis in a form of mood of working or having fun where I need to be. I still admire the King in his music through hits like Hound Dog, Can't Help Falling in Love, Suspicious Minds, and Promised Land. Speaking of the last song I mentioned, here is the song being recorded I really like.

III. Third singer is Amy Winehouse. I first listen to her working out when I have to run on the treadmills. That crooning, slurry contralto of a voice she had was really a hard piece of work I heard when she sang about building and breaking down relationships, dealing with everyday life, and even she went down low on her drugs. In a similar way, I thought to have some distinctive comparisons with handling relationships with other people, like family members who, unknowingly, have mental issues that seem to do some personal damaging from within and even death in the family. In my case, I just have to move pass them in order to move on. So, I have to share a few Winehouse songs aside from Rehab here.

I deeply love this song. You sent me flying when you kicked me to the curb...

A duet recording of Body and Soul with Tony Bennett was her last recording before her tragic death in 2011 at the age of 27. I thought her recording with Tony before her death it was the loveliest rendition I have ever listened to.

IV. Fourth, there is Frank Sinatra. Always an admirer as I have for Bing and Elvis, Francis Albert Sinatra was also a personal inspiration I always listen to when I feel like in a mood of sentimentality or pleasure when I feel like I am in my best or just how life is in an everyday basis.

When I first heard that name, I had no idea that he was as talented as Elvis and Michael Jackson were. But, he was no Bing Crosby or Al Jolson in the category. Whenever I listen to him singing with my iPod or iPad through either iTunes or Spotify, I always get the musical beat of Ol' Blue Eyes getting his punch lines from any song he does well.

So, I would like to share some of his songs I enjoy listening when I go working out: That's Life, Close to You, and Strangers in the Night

V. Fifth, another singer I personally admire, aside from Bing, Sinatra, Elvis, and Amy, is Leonard Cohen. Personally, Cohen is a giant in songwriting and, of course, poetry that reminiscences with the perspectives of cultural variations, religion, philosophy, mysticism, sex, love, and beyond all aspects that humanity and our world matters. It is no wonder that when he wrote and record Hallelujah it sprung my attention with question and sense of satisfaction. When I work out and listen to Leonard Cohen, it is the same thing with Amy Winehouse, but a different direction. When I generally listen to his words in poetry and his gravelly and monotone bass voice actually singing, it creates a balance depending my mood, thoughts, and emotions when I not only work out, but also do my work in making art.

When he passed away after Trump won the election, I could swear that in Cohen’s cold prediction that our Democracy in the U.S.A. would plunge into total darkness until the light actually came in this year in 2020. Here, I have included a selected list of familiar Cohen hits you’ve may heard recently and frequently listen to when I feel like working in the gym: Closing Time, Anthem, Waiting for the Miracle, The Future, Democracy, First We Take Manhattan, You Want It Darker, Dance Me to the End of Love, Hallelujah, I'm Your Man, and Because Of.

VI. Finally, there is classical music in many forms and, ironically, operas and Broadway musicals that I even listen to at a regular basis. Normally, I listen while singing classical music and some selections from operas, oratorios, symphonies, and Broadway musicals while I usually listen to y regular artists of any genre. I generally listen to classical music that depends on my working and studying mood. I know that listening to opera or musicals through your device may seem odd, weird, or unusual, but again, it is a personal preference I tend to display.

The famous Votre Toast aka the Toreador song from Bizet's Carmen sung by Bulgarian basso Nicolai Ghiaurov in 1964.

Music of the Night from Andrew Lloyd Webber's Phantom of the Opera sung by Michael Crawford in 1986. The music video and its audio is the best version with the original lyrics there is. Also, I still have the audio version with the highlights album in my iPod.

So overall, a wide arrangement of my music playlist is very large and really complex due to multiple interest of genres depending how I need to work out and exercise. If there was only one song or more that has to do with working out, I am sure there are more hits out there than just listening to simply recognizable ones like Macho Man, Push It, War, and Push It To The Limit.