My Favorite Songs by BTS 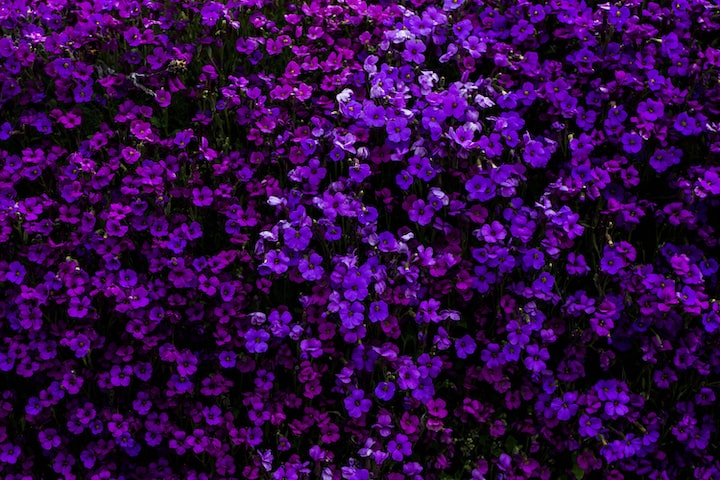 Photo by Artiom Vallat on Unsplash

Loved V's and Jimin's voice in this. Very laidback and cool song. Love the lyrics.

Very fun song by the boys

Rap line did their thing. I really like the confidence and enthusiasm in this song.

Also shouts out to Steve Aoki for the remix (have I heard the original?)

I promise you everyone says they can sing this song with no problem as if they're suddenly fluent in Korean according to the long joke everyone has about it. V was fighting for his life in this dance practice

The theories...everything was so much better then.

Also Jimin's voice was great in this one.

The Japanese version is solid too.

Really love the breakdown part and the band sound. Plus Jungkook, Jimin, V and Suga in this song...

V was mad aggressive in this song. Love that. Very fun song. Love it when they shout out where they're from like in "Paldogangsan."

Beautiful and touching song. The lyrics were amazing.

I know they thought they were so cool. I love that sound right before and after "You're in Danger."

Then they gave us a another version: Danger (Mo-Blue-Mix) (Ft. Thanh). Thanh’s new lyrics and voice really added a different take to the song. The new sound was a nice surprise when I found it.

First mv of theirs that I saw. And my favorite parts in the song belongs to: V, Suga and RM.

Fun song. It just sounds interesting. I tried learning the dance and I liked Jk's fit in the dance practive video.

Lots going on in this song. I really like it. I couldn't decide between "Go Go," “Am I Wrong” this and "Anpanman" when they came out. Everyone was so enthusiastic. I love RM's and Suga's parts. Oh, and Jk's "Everybody's wanna love you bae. Everybody's gonna love you."

Cute song. Everyone sounds like they're having a good time especially Jimin. Really enjoyed Jhope's voice and rap in this one.

Love it when they show off and accept they're successful and awesome. But, this one does it in a fun way unlike "Mic Drop" that does it in a "in your face" way. Love that Jhope mentions Anpanman here too. Love the beat and how much is going on in this song. High energy.

Jimin's voice before the dance break...

I really like how encouraging this song sounds. Push through. Not breaking today. Also Jk's "Gyeonwo chong! Jojun! Balsa!-Point Aim Shoot" part because it sounds so interesting (lyrics from someone sharing the lyrics on Youtube)

The angst! Angst central here. Jimin, dude...are you ok? Jhope and Jin were great in this.

Love the breakdown part when the beat changes and the "Up Down" part.

See how they spelled it L-U-V? They meant business.

You heard 'em. Say NO. Reminds me of how they were, and makes me think of their lyrics and topics changing a bit. I mean, they still point out injustices and how mean people are, just in a different tone. They speak more to the students instead of sounding like they are that student. This one was when they were younger and directly affected by stuff they aren't right now I guess. Like, when I hear it I think of high school and being tired and annoyed.

Nah 'cause I love the beat and the lyrics telling you to just follow your dreams while they sound all tough. The voice effect (grain/raspy sound) was a great touch. From Jhope's part at the end to the very end...the best part.

Idc idc. I didn't learn the choreo for nothing. Still hear that opening (The sound of the Dj record scratches & stomping-Do Do) playing in my head often. Hindsight is 20/20.

So smooth. V's and Jimin's parts were my favorite.

So much going on in this song. Love V's part 'cause his voice is deep and smooth. Jin was great here too. Very fitting.

Don't sleep on their songs in Japanese. This one is my fave and it sounds cute.

Very slick song. Like, makes you feel like you're smooth. Glass of apple juice and a silk shirt type type of song.

They were so cool. So tough. Jk's rap...yo, dude has always been talented and good at everything. I was gonna mention stuff in the mv...but we must stay focused on the songs. We have a few more.

Note: It's interesting going back and listening to Jimin and Jin here. I just wanna say "I was right" (but they didn't sound bad of course).

It's the beat and little sounds/vocals here and there

Very soft. I like it. Nice song to have on as you drift off to sleep.

Because of the throwback and Jk's "gasoline"

I NEED "U" Girl. That chorus hits every single time.

Jhope's voice and the chorus in all

“Anpanman,” “Go Go,” “21st Century Girls” and “Am I Wrong” all had me in a chokehold. So energetic! So fun! Loved the beat and lyrics.

I used to (still do) get this and "No More Dream" mixed up and I never remember pt.1. "Click Click Bang Bang"

Aye Jimin sounds better here than in N"o More Dream." Like he's apart of the concept more, but Jin doesn't (he doesn't sound bad. You can just tell he'd shine somewhere else). "aye everywhere I go, everythingI do" but Jin...you technically never finished what you were saying and th---oh oh oh woah oh oh

The confidence before they even got where they are now. Rookies talking that talk.

Should I mention the best pa--no that's choreo.

update: just listened to pt.1 and I remember the "okay" in the background and SUGA'S LINES...OOOHH.

How could I not add this one? Had me in a chokehold much like Suga putting V in one at the end---

Everyone was great in this one. Like every line was delivered very well. Even the ones spoken by RM ha.

People said this would've been bigger if they released it later like around the time "Black Swan" dropped. I mean...every song would've been, but I see what they mean.

honorary mentions: Blanket Kicks aka Embarrassed & So What

Ok, that was fun. It was nice going back and listening to songs I haven't heard in a bit even though I pretty much knew my list before starting. I'll be honest, I haven't given each song the same attention (especially their newer songs that I've probably heard once or skipped around them to determine if I liked them). Seems like I really loved the songs they started with and the ones right before they got so popular, which I figured because as they've changed their style, so have I.

Although, I know I haven't been listening to much of BTS in a while, I know they really really got me into kpop. I already knew songs from others and like other groups, but I didn't get really into anyone like I did with BTS. They've always been a talented and solid group. And I've had fun finding older songs like "Coffee," that I liked a bit too.

Thanks for reading. Peace.

More stories from when I write and writers in Beat and other communities.