by Marie Sinadjan 2 months ago in movie review
Report Story

I like ethnic sounds and performances that make use of everything, from the artists to the stage. 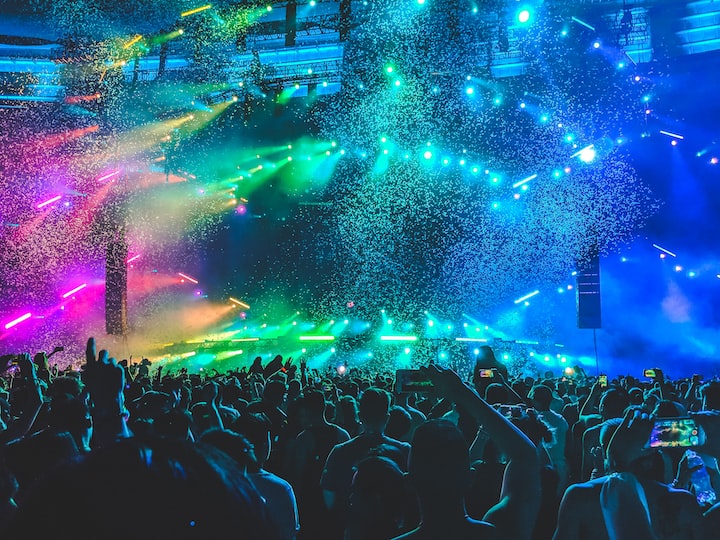 I admit that I didn't know about Eurovision until the Will Ferrell movie, and that I was among those who fell into the spell and wanted to perform Husavik at some point. (Spoiler alert: I never did. But my brother and I covered KEiiNO's Spirit in the Sky in a party once!)

So I was delighted to know that it was a real thing, because as over the top and weird as some of the performances get, I actually dig them. I like the show's format compared to American reality singing contests, for one. And there's the production value and entertainment factor: dancing with killer heels and killer vocals, pageantry, dazzling costumes, outrageous sets, special effects... really, it's just my jam.

I've not had a long history with the contest so I can't even begin to speculate who's going to win this year, but here are some of my favorite performances (in no particular order) from the semi finals.

Something about this song reminds me of both Shum and Solovey by Go_A, Ukraine's Eurovision entries in the last two years. It's most likely the strong folk tunes; leave it to Ukraine to be consistent in showcasing their culture and having their own brand of music.

In an interview, Kalush Orchestra frontman Oleh Psiuk said that Eurovision is more than just a contest, rather it's an opportunity to tell the world not to forget about Ukraine. And I'm sure we can all say that we never will.

Right off the bat, this live performance demanded my attention. If it's not obvious yet, I have an appreciation for songs and performances that mix traditional/folk and modern/contemporary music, and this one doesn't disappoint. I don't even mind not understanding the lyrics. The lyrics are in Breton, and the performers hail from the French region of Brittany; Alvan is a multi-instrumentalist electro artist, while Marine, Sterenn and Stereen are Ahez, a traditional vocal group who reference the ancient myths of Brittany in their songs.

I'm usually not in the ballads camp when I'm consuming Eurovision, but Nadir's performance reminded me of another favorite of mine: musicals. Yeah, I mean Broadway, West End, showtunes. Boy does Nadir have a lot of emotion! He uses modulation so well too. Add the high notes and the belting, the minimal but effective choreography, the set and lights... whew. I'm rooting for Azerbaijan in the finals!

MALTA: Emma Muscat – I Am What I Am

Emma starts her song on the piano, something I've always wanted to do as a performer but never really learned to. Then she steps on top of the piano and hey, she's wearing cool trainers with her cute sparkly dress! Then she starts singing and dancing with some backup dancers. So yeah, I like this performance because I can see and find myself wanting to do something like this!

The lyrics call out to me too:

Every time I fall down / As soon as I hit the ground / Remind me who I am, yeah / And I'll get back up again

I love how the set and the camera angles worked so well with the flowing water and the overall theme of the performance. Even Andromache's shadows had such a wonderful visual effect. Plus I really like the melody and the song's ethnic vibes, including the fact that the lyrics are in Greek. (The music video is also delightful, like something out of a fairytale or ye olde days.)

Anyone else watching Eurovision this week? Tell us about your favorites!

More stories from Marie Sinadjan and writers in Beat and other communities.