by Chelsea DeVries 3 years ago in bands / list / playlist / celebrities 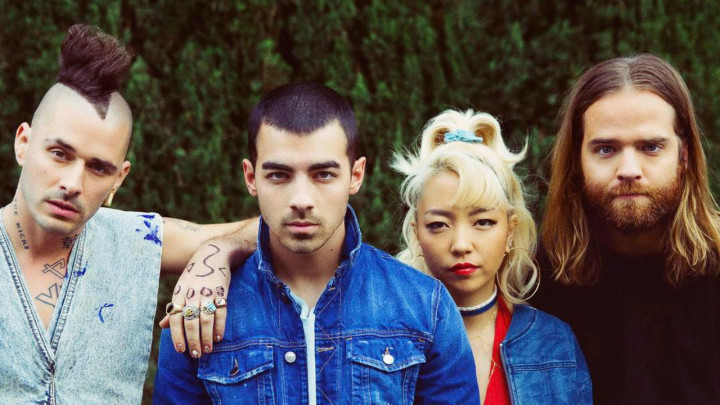 "This ain't water but it floats my boat" is my favorite line on this track. DNCE considers their music to be dance pop and this track is no exception with vintage 80's rock music vibes. The intro opens with vocal scales with them introducing the simultaneous name of the track and the name of the band.

Sexy R&amp;B style guitar riffs, a heavy emphasis on base guitar, this song discusses loving or being into the way someone's body moves.

This song about sex on the beach written by Mattman &amp; Robin, Swedish duo that came up with the idea for this song about the cocktail, "Sex On The Beach," the song is composed in E minor, with a tempo of 120 beats per minute.

Rolling Stones style track about having a fling with someone to remedy the pains and issues of life, featuring repetitive guitar chords.

Howls and other hypersexualized hints play up the lyrical content on this smash hit about that stage in the relationship when it's becoming serious enough, you leave a toothbrush at their place.

Rolling Stones get another nod with this track because of it's musicality but the song itself is about being blown away by someone romantically and emphasizes repetitive vocal phrasing.

My favorite track off the entire album because of the playful, good vibes this song promotes.

Some elements that are hard to ignore:

A soft acoustic song about loving someone who didn't appreciate you, someone who was an almost lover.

My favorite line: "so real sometimes it was fictional"

My favorite because of the sexy guitar chords and the dancy feel of the track. I also laugh when I listen to this song because with Joe's songwriting style you can blatantly see his sense of humor.

For example, the line during the chorus, "Put a sock on the door," it's the way he sings that phrase that makes it humorous and playful instead of full of lust, and it's what makes him a smooth operator, and the reason young girls still scream when they see him live.

Another soft acoustic track about loving someone more than they love you and being upfront about how that makes you feel.

Fifty Shades meets a rock song that has a Rolling Stones or 80's rock n' roll musicality but vocally Joe sounds like Axl Rose, lead singer of Guns N'Roses most known for their song, Welcome To The Jungle.

This track has a playful vibe that channels the hit song, "I'm Too Sexy," and lyrically depicts running away and flying to the moon.

"Musically, we sound like disco funk hits played by a good garage band."

A song about wanting an outspoken bad girl instead of a polite, classy broad.

Musically, it sounds like it could have been composed by Nick Jonas and Joe channels his brother on this track.

My favorite line: "Don't need no cup; don't you clean it up."

Overall, every track will move you whether it be rhythmically, emotionally, or spiritually. You will D-A-N-C-E.

For reviews that make you dance and feel all the feels, check out The Smart Cookie Philes.

See all posts by Chelsea DeVries →