Most Overrated Electronica Concert Venues, According to an Expert

Many music venues tend to get way more applause than they deserve, as evidenced by the most overrated electronica concert venues.

Electronica concert venues tend to be a bit different than most other venues out there. Unlike rock venues, electronica venues don't usually have seating and often basically require wide, open spaces. They also tend to have a lot more mess associated with them, more lenient security staff, and way younger crowds.

Also quite unlike other venues, electronica music venues tend to get way more applause than they deserve. Though most of these venues definitely have their good points, the fact is that they are often really underwhelming for those who are really in the know.

Here are the most overrated electronica concert venues, according to someone who hangs out with music professionals and "lived the life" for a total of 10 years. 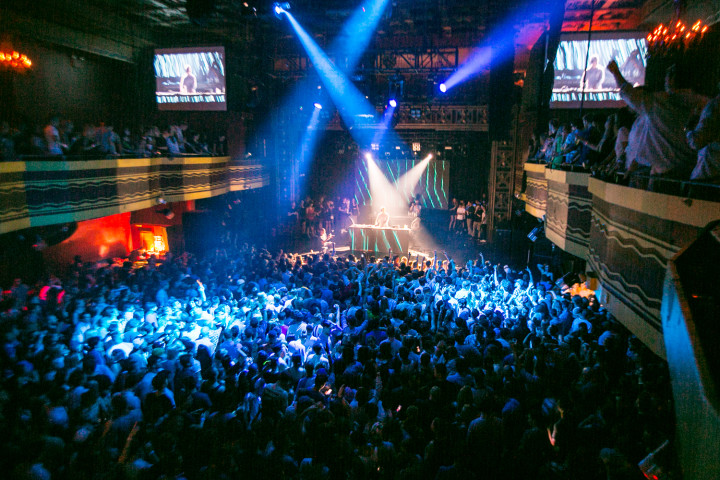 Webster Hall is one of those venues that is legendary in its own right, and I'd be lying if I didn't say that it didn't deserve its fair amount of praise. It has Gilded Age architecture that's absolutely breathtaking. It's gorgeous inside, and has a ton of different rooms that each can play a different kind of music.

The sound systems are great, and the lighting tends to be on point in most of the rooms. You'll have no problem hearing the music, and the fact is that the pizza they serve also is pretty decent - all things considered.

My biggest issue with Webster Hall is the fact that it's known for having electronica fans who are, ahem, shallow. By shallow, I mean that they have no idea who is playing half the time - or they only show up in order to get that cute pic on Instagram.

In some cases, the people you meet there might even openly admit that the only reason they are there is because that's what they feel they're supposed to do in order to get laid by "cute raver chicks." It's cringe. Like, really bad cringe.

Worse still, there tends to be a lot of snobbery in the microcosm of this overrated electronica convert venue. So, if you're looking for a venue where you can relax and actually just enjoy the music, you might want to look elsewhere. People might not want to be near you unless you're wearing the latest NastyGal outfit or sporting the right pair of Urban Outfitters sunglasses.

The weird thing about this is that Webster Hall's client base doesn't seem to have this happen with any other music genre they book. I legit don't get it.

When you combine the often snobby crowds with the fact that a single cocktail can top $25, you're looking at a bad, fake, and glitzy night. However, if you're there for an artist, it's still a worthwhile venue. 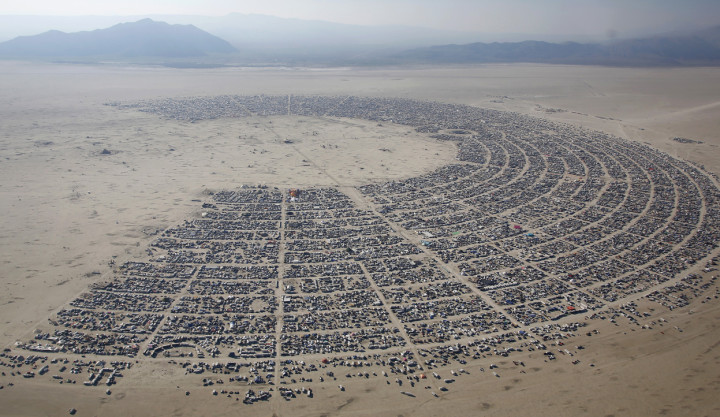 People who have gone to Black Rock City for the Burning Man festival even have a name in the electronic scene - burners. It's just that big a deal, and yes, the sound systems are great and so are some of the scenes you'll see.

That being said, even longtime burners are beginning to sneer and roll their eyes at this venue. And, the reasons why make a lot of sense.

First, you're looking at an insane amount of money you need to spend in order to go to Black Rock City and attend the festival. It's no longer the cheap, hippie-friendly music festival it once was. Right now, it costs about $5,000 to go there and actually see it all unfold.

Next, it's insanely, unbelievably overpopulated and crowded. You can't even breathe there. To make matters worse, this clothing-optional festival also has tons of news groups there. This makes it really easy to make a fool of yourself on the news. Not cool.

Oh, and then there's the "new wave" of people who are coming there. They're snooty. They want air conditioning in the middle of a desert rave. They want catered meals. They're wearing Urban Outfitters and mass-produced garbage at a festival dedicated to individuality.

Lastly, law enforcement is kind of ruining this, too. So, you might end up in cuffs.

The return rate of burners to the original festival is dropping for good reason. Seriously, you know a venue is bad when the people who made it famous now refuse to go there. Don't do this to yourself. 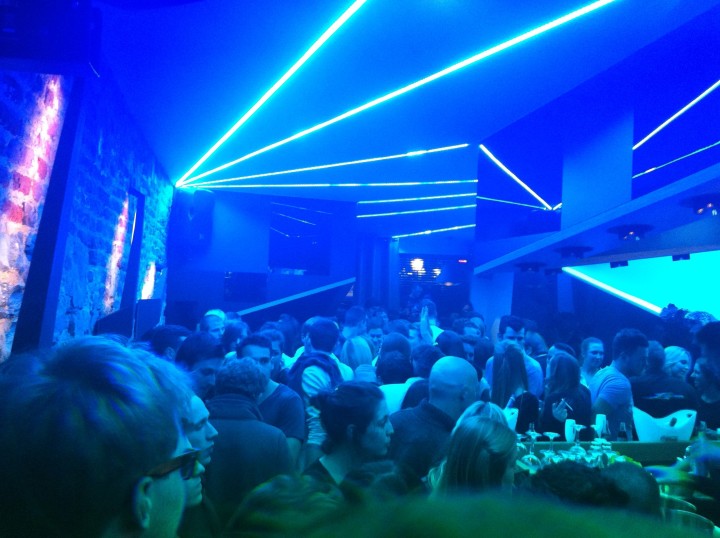 Bar Anticipation is the Jersey shore's "golden child." It's the one concert venue that people tend to flock to as a tourist destination, a college party venue, a rock concert venue, and of course, a house music venue. It has cabanas, it has burgers, it has a large hall made of wood...

Overall, the entire area of the Bar A expanse is huge. You'll probably see people who are nice there. The beer is cold, the burgers are great, and it's actually a Jersey shore bar that has become famous on a national level.

Well, it's the fact that this bar really has bad speakers, sound systems, and acoustics for electronica music. Because of the bad sound systems and acoustics, you may end up having elements of the music getting lost in the throng of people.

Oh, and most of the time, the electronica spun here will be focused on Top 40's and remixes of such things. So, if you're looking for rare mixes or indie DJs, it's not going to work out well for you here. 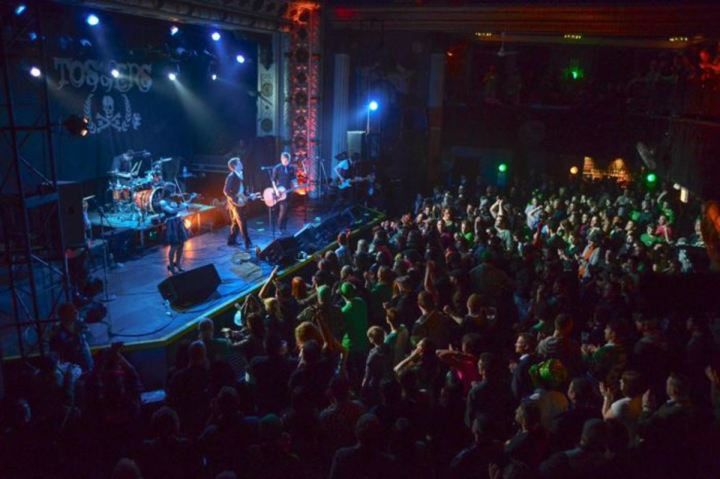 Back in the day, Chicago's Smart Bar was a venue that was actually credited with giving a lot of house DJ's their start. It was, for a very long time, a friendly yet at upscale venue that was legitimately about the music.

Now, this is not the case.

Smart Bar has slowly transformed into a snooty, overpriced mess with surprisingly good sound systems. Even though it's 2017, this bar still has overly tanned guys with Affliction tees fist pumping to music that is excruciatingly loud.

Fights happen often here, and you may end up partially deaf from how loud the music is here. That being said, the biggest reason this is one of the most overrated electronica concert venues is that no one cares about music here - they only care about being photographed holding a stupid bottle.

Los Angeles's own Lure nightclub makes this list, and much like others on this list, I will give credit where credit is due. Its clientele is attractive. The talent that plays there is usually pretty decent, especially if you love more mainstream stuff. The sound system and the layout is excellent, especially when it comes to just providing a comfy venue where you can let it all hang out.

That being said, this overrated electronica concert venue is kinda grimy and tends to attract Los Angeles's worst.

If you're looking for venues that cater to people who have ego issues, then Lure is the place to be. It's unfriendly, catty, and at times, even the promoters can't handle the levels of drama and angst that stay bottled up beneath the surface here.

Table service starts at $5,000 depending on the night. We'll pass, thanks.

Any Club In Las Vegas 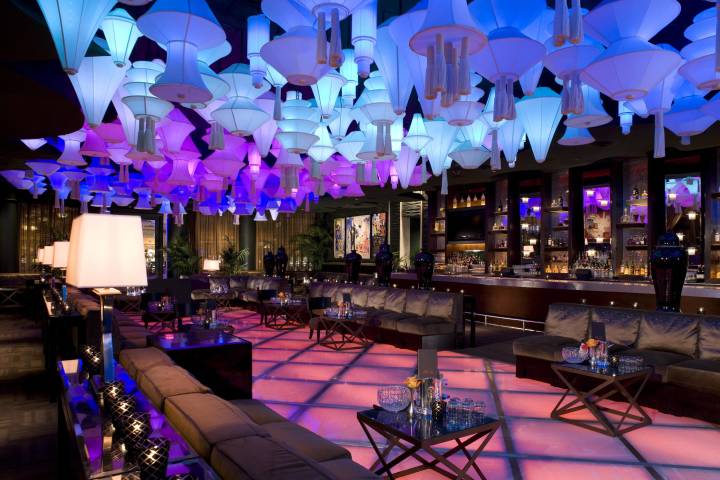 Oh, Las Vegas. You giant steaming pile of crap, you.

I can't complain about the sound systems, the acoustics, or even the settings of the clubs. They're gorgeous. I can't fault the artists who play there, because they are talented.

But, that's about where the good stops.

Las Vegas brings together a perfect storm of pretention, expensive entry, watered-down drinks, and sleaziness in a way that I have yet to see any other city do. It's so pretentious and fake here, it's not even funny.

Doormen will turn away people they don't like for not having the right shoes or not slipping them a $100 bill in a handshake. Aging millionaires come here to find their next mistress or replacement trophy wife - and God help me, girls actually sometimes go for it here.

If they don't get enough "pretty girls," clubs here actually will bus them in from LA and hire them to just sit there and talk to people. This actually isn't that unusual, but some of them are so stocked that it's kind of pathetic. Oh, and if you're a paid guest, you might still be body-shamed or groped.

Bottle rats are also a major thing here - even more so than in LA. These are the girls who try to get bottle service and VIP entry by flirting with guys until they're invited in. Yes, it's really that sleazy and scavy here.

Simply put, going to a Vegas nightclub for an electronica concert is the kind of experience that would end up making you sit in a shower for nine hours just so that you can was the sleaze off of you. (Hint: You'll never be clean enough.)

It's worth noting that the same can be said about Atlantic City. It's just not a good time.