Kiss From A Rose

by Chloe Gilholy 7 days ago in 90s music

My Favourite Song OF ALL TIME 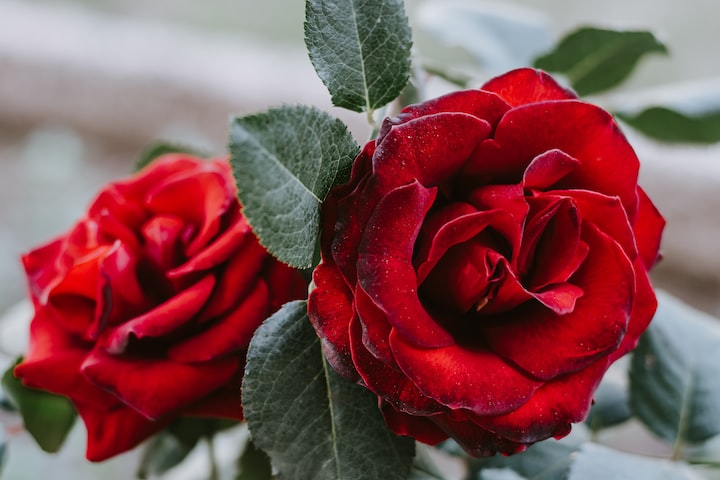 There used to be a graying tower alone on the sea.

You became the light on the dark side of me.

Love remained a drug that's the high and not the pill.

But did you know,

That when it snows,

My eyes become large and

The light that you shine can be seen.

This review will be a very huge blast of the past, especially to those who enjoyed the Batman films. Before I was born, Seal burst into the music scene with his energetic self-titled debut and the number one single with Adamski called Killer. Seal's song Kiss From A Rose is without doubt another of one of Seal's signature songs, it was first released in June 1994. At first, it didn't make that much hype but it was re-released the following year where it was second time lucky. The song was chosen to be in the soundtrack to Batman Forever, and bagged Seal some Grammies and became number 1 in Australia and in the US. The song still remains his best-known song and a favourite amongst a lot of fans.

The song is available on most popular music stores and streaming services and is also from Seal's second self-titled album, mostly known as Seal II. The song is written by Seal himself and produced by Trevor Horn. I heard that it was written as a tribute to Crosby Stills & Nash. It's been covered many times. I love Northen King's version a lot, but nothing beats the original for me.

The song is a has a somewhat slow tempo. There are some orchestral elements with dominant keyboards and subtle guitars along with a mild Celtic blend. The song remains consistent in its beat and rhythm and overall create a melodic sound that I find very pleasant. The song has remained one of my favourite songs of all time for its passionate lyrics, soulful vocals and memorable music.

I've always loved the deep and soulful voice of Seal. It sounds iconic and fits very well to every song he's done. I've found even the darkest songs have been lightened up by his voice. His vocals dazzle on this track, just like they have done on his other tracks. The song still sounds fresh and enjoyable as it did so on the first time I listened to it. Even though my music taste constantly changes, this song has always remained a top favourite. It's very deep without sounding depressing.

The song is about passionate obsession. I've never really felt the obsession themes in the song, but it might be hidden by the overall gentleness by the song. It could be referred to as many ways. I find that it's a rather sweet love ballad, but it could also be referred to as an addiction. I've seen some people view it as a song about drugs.

Baby, I compare you to a kiss from a rose on the grave.

Ooh, The more I get of you, the stranger it feels, yeah.

And now that your rose is in bloom, a light hits the gloom on the grave.

There is so much a man can tell you, so much he can say.

You remain, my power, my pleasure, my pain, baby

To me, you're like a growing addiction that I can't deny.

Won't you tell me is that healthy, baby?

The imagery in Seal's lyrics has always complimented his tracks, and they've become a golden wonder on this track. There are some mild clichés present with the use of words, but the passion and raw emotion delivered by Seal strongly makes up for it. The first verse gives me a lot of Celtic imagery, while the chorus gives gothic and the others give out some dark and romantic ones. This is a track I think would highly appeal to nearly anyone who is a hopeless romantic or a shameless 90's kid. I bought Seal's second album while I was in New York and I also have the UK re-release of the single which includes two remixes of his song I'm Alive, which are some great club-friendly mixes, but they drag on too much for me.

After many times of having this song on repeat on numerous occasions, while the studio version of the song is magic. I find the song sounds even better when performed live. In short, I think this is an amazing song and I would recommend this song as if my life had depended on it. I've seen Seal twice, once in a theatre in Birmingham and another in the London Pallidrome Theatre in London. Both times were amazing and both times he sang this song. On my Last.fm profile this is my most listened-to song with thousands of plays.