by Chloe Gilholy 17 days ago in 90s music

The awful conservatorship has finally come to an end! 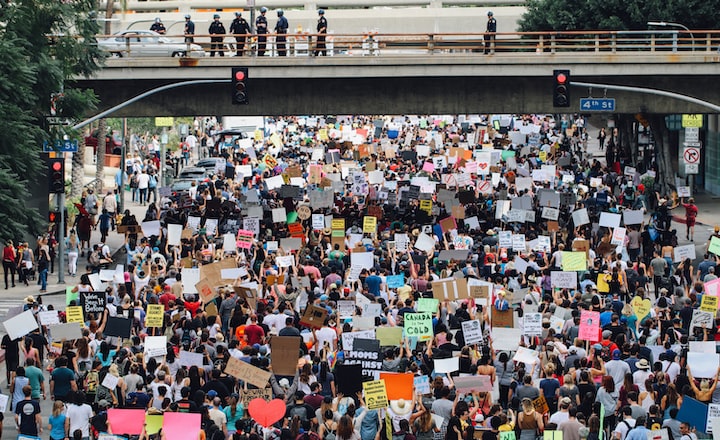 This has been the news that Britney’s fans all over the world have been dying to hear for years. I’ve been following the story well before the Free Britney movement caugh the full attention of mainstream media. Ever since Britney was young, she had been made to work hard for other people. Even those who did not like her music, could not deny her talents and how hard he worked to accomplish what she had achieved.

She is also extremely likable. A beautiful girl inside and out. Britney is a wonderful person that has been treated very badly.

Some arseholes decided it would be fun to hound Britney and a flock of others followed which I believed contributed to her breakdowns in 2008. From the very beginning, it is clear that Britney has been used and abused by others for profit. One of the most famous YouTube videos at the time had Chris Crocker begging people to leave her alone. People may have found it hilarious, but there was always that poignant feeling to it. The way she was mocked at her VMA performance for Gimme More and body-shamed despite being in better shape than nearly everybody in the room.

Despite the obvious jealously and people milking in on her, Britney’s career continued to thrive. She works hard and she still, she smiles for her fans. Despite the horrific things she’s been made to put through, she loves her family, especially her two sons.

Listening to her testimony about her conservatorship and how her human rights were constantly denied disgusted me. As someone who has worked in the health and care sector, sadly I have to say that this has happened to many others. These sorts of arrangements are made for the person’s best interests, but people can exploit the many loopholes for their own personal gain. Britney’s family and many members of their team cashed in on this. There is extensive evidence on this.

I’ve always believed Britney was competent. Throughout the conservatorship she performed countless sold-out arenas, peforming elaborate dance routines and appeared in numerous shows. She knew what she was doing and her courageous actions have showed nothing more than bravery.

There’s a reason why Britney is one of the most beloved pop singers on the planet. I hope that people can respect her more than they did back them. A lot of people owe her an apology and not just a half-arsed one. This conservatorship should have ended a long time ago. I personally feel that it should never have taken place.

This day will go down in pop history for sure. I’m sure many are dying to hear from her. We should let Britney enjoy her life the way she wishes. Fandoms and social media mxed together often have a bad reputation for creating toxic communities. This is one of the occasions that I can say for sure that cancel culture is good.

Britney has always brought hope and positivity through her music. We all know that the music industry is full of puppets and masters, but it’s clear that Britney has once again climbed the ladder to become the master of her own universe. She has basically been imprisoned. Through this conservatorship, Britney has served a longer prison sentence than most pedophiles and murderers. Let that sink in.

This is also a good time to reflect on the way society treats women. The number one rule of a mosh pit is when somebody falls, you pick them right up. Had it have not been for her devoted fanbase, Britney may still be rock bottom. My point being is this: if Britney is having a bad day, the last thing she needs is people hounding her and letting history repeat itself. At last, she can celebrate her 40th birthday as a free woman.

Receive stories by Chloe Gilholy in your feed
Chloe Gilholy
Read next: Kpop Review: Somi's "What You Waiting For"