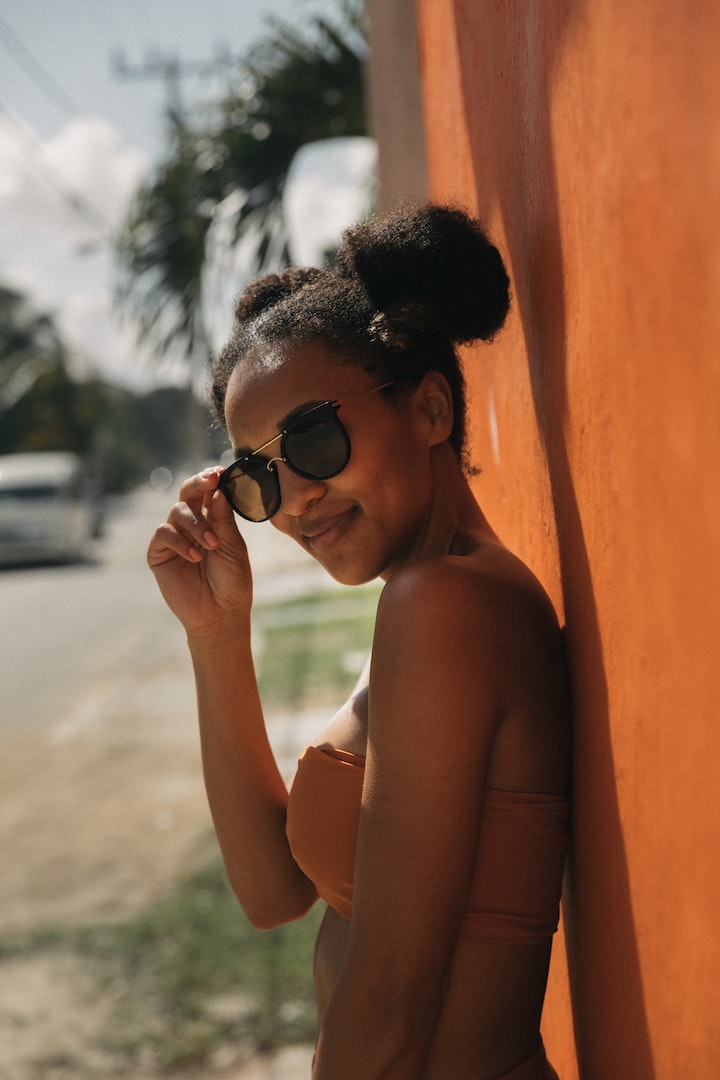 You’re probably intelligent enough not to be a causative factor, but who knows how many countless times you’ll be a recipient.

No surprise: It. Will. Suck. Every. Time.

The price to pay for living in a society where almost anything goes and there are laws governing parameters for human interactions. Suppress urges of the primordial brain to tell someone who’s got just desserts coming to:

-Find the car keys they’ve “misplaced” after a drinking binge before you beat all the percent gin out of them.

-Relocate now if they can’t stop their child from bullying yours or guaranteed there won’t be a problem anymore.

Living off my island home for 10 years plus, I did not consider that I would need a system of strategies (many of which fell in my lap), much less how those strategies would become an integral part of resurrecting my butt.

I never saw my early life as sheltered, but the world is a mighty big place and in retrospect, I was, in fact, to a degree completely clueless.

In context, recombinant DNA variations bring into question how the human species has survived even this long. In my humble opinion, nobody deserves to be calling themselves a superpower or developed country. If a chain is only as strong as its weakest link, then a country is only as fortified as its least cognitively functional inhabitant.

Desperately needing a car, I remember once calling a rental place the next town over. I asked the person who answered what their hours of operation were. After he said, “Huh, what was that?” three times when I repeated the question, he bluntly asked, “Why do you want to know?”

I promise the rest of the conversation would have made you cringe.

And the university staff member on the phone going through preliminary screening with me for admission. We conversed for almost 45 mins before he scheduled an on-site interview then said, “Oh, I haven’t assessed you for English as a foreign language.”

Did I need to say that I’d been speaking perfect English all this time when what I really wanted to ask was if he believed that English was only spoken in England and America?

One of my duties in a small hospital where I once worked was completing enhanced cleaning of patient rooms. I felt the job would reflect well resumé-wise to show my interest in healthcare. After completing a room where a patient and nurse sat talking near the window, I moved out to my cart in the hall, preparing to enter the next room. The patient finished talking, stood up, and walked out the door. The nurse then called me back to service the room.

Which I had just cleaned.

While she was in it.

I politely mentioned this but I guess said nurse didn’t accept that and asked a co-worker. The co-worker went in and verified that the room was in fact spotless. The nurse still made a complaint. Unbeknownst to me at the time, this particular nurse was well-known throughout the hospital for being…shall I say…a little loopy and common sense deficient. The following shift, I was called into the office to answer a complaint about a refusal to complete a task. When I provided evidence to the contrary, the meeting nose-dived. No apologies were made. A few weeks later though, that same nurse was silently relocated to another facility.

I’m not an easy person to rile but I was unused to episodes like these which spiraled to more frequent occurrences. Something would have to give or it would be me, throwing out articulate adjectives underlining mass incompetence with surgical precision. Not something I wanted to be doing on a regular.

During youth, I’d lose myself in time with Daddy’s 8-track tapes or LPs on the turntable in the living room. In compartments housing the sturdy wooden unit, everything from Isaac Hayes, Mahalia Jackson, and Sesame Street became easy listening. Cassettes hit the scene by teen years, and later on CDs to transport and soothe.

Familiar calypso, soca, R&B, soul, and reggae beats taken for granted up to that point because it was always there.

Somebody blasting some righteous tune out of the house, car, club, or business establishment. What hadn’t crystallized in thought yet when I moved to another country, was that now it wasn’t.

Music is the universal language and it became Islandgirl coping strategy numero uno because,

One good thing about music, when it hit you feel no pain.

So hit with me music. Hit me with music yeah.

The rhythms beat remembrance and connection to source—to roots and culture. Instantaneous transport to ease and relaxation with that first note. So much better that I get hit with music than I hit someone accidentally with a chair.

Carefree occasions of blasting Bob Marley vibes as seeded prophesies whilst driving through ritzy residential areas and I remember where true power lies. Anyone complaining against a prophet legend-like Bob risks ostracism for being a counter-revolutionary of truth meshed with total niceness and Irie vibes.

And when I want to disappear further into the heights of consciousness and leave the world behind for a while, there’s nothing like some Morgan Heritage to bring about a one woman dance euphoria with Light It Up.

I may not yet have the skills of mystics to astral project myself at will to alternate realms as levels of world ludicrousness reach new lows, but I can surrender to the unfailing support of the rhythm. Words of song like a righteous stream form a barrier of protection in the throes of my joyous rapture.

There are other ways to travel light.

There aren’t many reminders needed to center me in gratitude, but I don’t mind listening to Koffee’s Toast every day at all. Her youthful wise optimistic-infused vocals encourage a perspective the masses need to have. This tune is a testament to the hope which springs eternal for upcoming generations.

Even in the most confusing mess of humanity-made scenarios, I am given the melodic nudge to step away and choose levels of nonparticipation. Quite often it is the signal for others to realize their personal power and do the same because you...

Well, inwardly I’m sure I swooned big time because in every way possible the Brothas of Aswad were deep chocolate FINE! But their message was a powerful one that I resonated with then and now. Give a Little Love, among the first music videos I recall watching, as easy going on the eyes as it was on the ears. It prepared the gateway, in my view, for one of the most uplifting songs of the era.

In life’s journey, inevitably there are people along our path who are just out and out miserable. Even if wounded in the same battle, they seem hellbent on having you remain in a continuous state of hemorrhage instead of healing and planning next moves to reach for the stars in life.

Some people seem built for sabotage.

Shine and wave to them from the heavens if you must but radiate brilliance and get away from the carnage regardless.

Whereas in the US informal vernacular, it’s a whupping, my island home seasoning calls it licks. Either way as a child, you didn’t want them so you grew into responsibility, accountability, and respect without even noticing.

Some people in life won’t respect you or your boundaries and quite frankly need licks (figurative or literal dependent on the circumstances) as they won’t back up unless.

Lack of resources, status, money, education, stature, or backup doesn’t mean you can’t still pack a wallop. Few lyrics demonstrate this better than Make it Bun Dem by Skrillex and Damian ‘Jr. Gong’ Marley. The accompanying music video illustrates the power that activates and synchronizes when individuals set intentions. Back home we say,“Hold de slack tight!” When I’ve shown too much restraint, Make it Bun Dem is a warrior battle cry, “Licks agwaan!”

By and large, I don’t believe I am past the point of questioning the concept of resiliency where I grew up versus where I presently reside. Of course, there is that undeniable 'brush yourself off and go at it again' core concept. But I learned a powerful reverb accompaniment. That part of an action that kicks back with wanton scrappiness proportionate to the takedown as a resiliency component.

The bounce-back lyrics of Soom T were an inspiration resonant with the resiliency that does not cower in its application and I can’t help but sing along.

You can bomb our yard

Take us off the pitch and give us a red card

You can push real hard

But you’ll never break us and tear us apart

Wearing headphones I can saunter through drama and chaos or blast away during break periods when all people want to talk about is work. Why take a break if you’re just gonna keep working?

I need to access upper echelon emotions that can transform in seconds. What else is more powerful than love?

I swear the sweet duo serenading the virtues of when love is found, in Blessing by Etana, have the potential to shift the biggest stinkiest blue funk from all the asinine encounters in public that I would welcome forgetting. The lyrics crooned by Etana with Alborosie highlight core basic foundations of existence.

Love trumps, but not the pre-packaged Valentine’s Day deluxe special kind. I'm talking about the love that gives the day-to-day a touch of celestial purity. Because yin and yang, feminine and masculine elements are dualities of connections unbreakable. The universal laws that brought us on to this earth still reign.

With every fiber of my being, I believe in honest-to-goodness conscious love, and this track redirects me from a tunnel vision death roll encounter with idiocy, to my higher self. I will play it at volume+++ and keep hitting the rewind button. Irrespective of what’s going on in the world, love is still a sacred vibration. And it’s a good thing too. It keeps an Islandgirl in a good space to create and connect rather than steam and scheme.

A heartfelt thank you for taking the time to read my story. It is so very appreciated! You are more than welcome to read more of my work here.

If you would like to demonstrate support of me or any of the Vocal Creators, please like and share our work. It encourages us to keep doing what we love doing.

And just in case you were wondering, tips from all written pieces go direct deposit into my bank account (not through Vocal) and are valued highly, irrespective of the amount, but only if you can manage them. The joy a writer receives from being tipped is having feelings of acknowledgment and validation. "My written voice resonated with someone!" That is what it means for me and many others. I am just as joyous when you share my work!

I welcome your questions, comments, and feedback @thedaniwriter