by E.L. Martin 2 months ago in playlist
Report Story

Based on Our Favorite Not So Spooky Family Fall Films 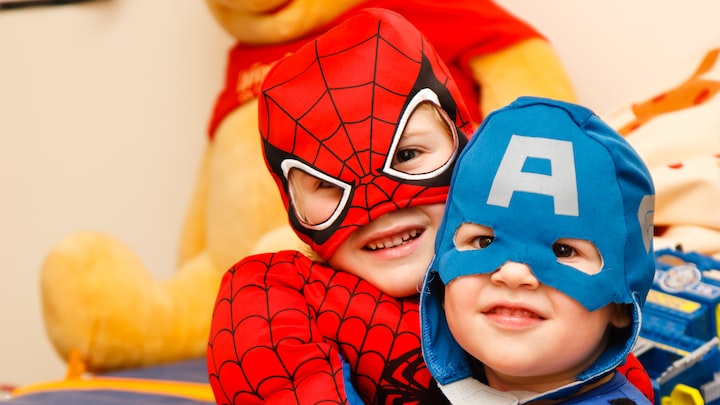 Photo by Steven Libralon on Unsplash

While some families pull out all the scary movies and spooky decorations, I must admit my family is much more laid back in our approach. On the list of fall family Halloween movies, you won't find a single spooky title on our chart. While this may be disappointing to some, it doesn't mean we don't celebrate in our own way. Our selections are "vintage" in nature and perhaps a bit old-fashioned; we prefer the term "classic." Still, our opinion is that our family fall favorites are "oldies, but goodies." This time of year and Halloween just isn't the same without the ones that make our list, and the fun-loving music that accompanies each. After all, those movies are what inspired our soundtrack in the first place!

Topping our family's chart is a classic 1952 hit called "Trick or Treat for Halloween" by The Mellomen, featured on Disney's Donald Duck Trick or Treat short-film. If you can get this song out of your head or prevent yourself from singing it, you may not be human. Witch Hazel is also my personal favorite witch portrayal as she is kind, fun-loving, and friendly as well as mischievous. Truly, there is nothing about Witch Hazel that will give little ones nightmares. Instead, they will look for her to be their accomplice. We watch this one on repeat throughout the season, and sing the accompanying song more often than we intend. What can we say? It's catchy!

Following up our favorite Disney Halloween episode is something very near and dear to my heart: It's the Great Pumpkin, Charlie Brown. One of my beloved Sunday rituals growing up was reading the comic strip in the Sunday paper. The rule was I was allowed to read it after my grandfather was finished as we all loved the Peanuts comic. I'm not sure how many people even still do that, but it was something I personally enjoyed. Snoopy was obviously the easiest character to fall in love with, and as you can still see his face on mugs, pot holders, sweaters, and other merchandise, I'd say he still has a huge following. My personal Halloween treat this year is hearing my son's giggles as The Red Baron takes off for flight. We have already watched this again and again this year, and I know for certain we are not finished yet.

The music composed by Vince Guaraldi aren't just immediately recognizable, but iconic. I adore them all. This music made The Peanuts comic and the individual film, It's the Great Pumpkin Charlie Brown more than mere visual humor; it gave it life. I cannot imagine the Peanuts without the following soundtrack composition, and as such we've added them all to our family's personal playlist.

Speaking of Sunday comics, for me Halloween isn't Halloween without Garfield's Halloween Adventure. Once again, we've got some catchy kid-friendly music, and the humor and wit to go along with it. My family loves pirates all year round. In fact, it was last year's Halloween costume of choice, so naturally this ghostly pirate classic entertains us all. What I appreciate about this soundtrack is that it captures the order of what goes on in the child's mind surrounding Halloween.

1. "This is the Night (Trick or Treat)" performed by Lou Rawls captures the enticement and excitement instilled in a child regarding Halloween night.

2. "What Should I Be?" performed by Lorenzo Music becomes the next question following that enticement, which brings enthusiasm all its own as selecting a costume is a huge deal to every child.

3. "Yo Ho Ho Ho" performed by Lorenzo Music is a little celebration of the adventure ahead.

4. Finally, "Scaredy Cat" performed by Lou Rawls brings awareness of what can possibly lurk on Halloween night and the struggles between being brave, fearless, and accepting a certain level of fear.

For me, it demonstrates the classic children's combination of thoughts and feelings, and I know when I was a child I felt the very same way that Garfield's Halloween Adventure soundtrack portrays.

While these three films may not be long enough to fill up the entire month of October in a Halloween Festival Countdown, they are definitely easy enough to include within that month. The soundtracks from these films alone allocate over 35 minutes of musical joy and entertainment that your little ones and yourself can easily listen to worry free. I enjoy the generational aspect of each film. From "Trick or Treat for Halloween" produced in 1952, the various Great Pumpkin classics of 1966, and the hits from Garfield's Halloween Adventure in 1985 I am always impressed that these films and accompanying soundtracks seem as timeless and appealing to children born after 2019. That is a feat truly worth celebrating! Happy Halloween to all and happy listening!

More stories from E.L. Martin and writers in Beat and other communities.