by Luna Jupiter about a month ago in humanity
Report Story 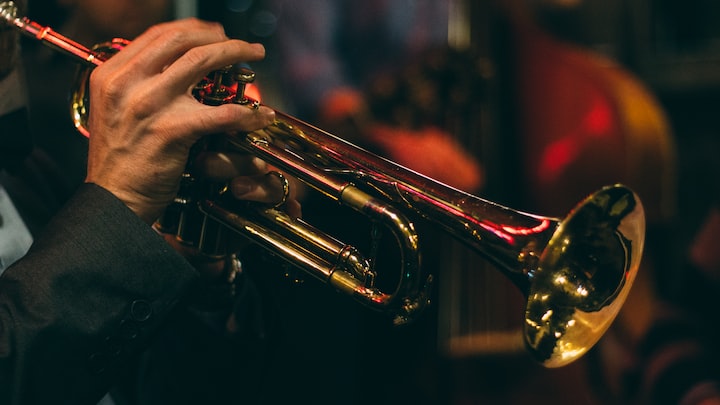 Photo by Chris Bair on Unsplash

The most impressionable moments happen when we least expect them. After all, there’s no rulebook by which we grade parenthood. As I recall memories of my dad, through the lenses of adulthood, I’d describe him as brave, bold, and passionate. Brave as illness crept through his bones, threatening all that he loved. He fought with courage and purpose to return home, defeating cancer for the first time. Bold, in his rejection of the mundane. He followed his internal compass without apology, carving his own path. This transmuted the world's noise into song and rewarded him with a life immersed in art and culture. Passionate as the dreamer, determined to manifest his innermost desires. While there are many, but not nearly enough, exciting moments I shared with my dad. The certainty that he remained true to himself has inspired me the most. This established that for parents, it’s hardly ever what you say. Instead, it is always their actions that influence impactful imprints.

An observer, sitting at the feet of the most remarkable man I’ve known, became a cherished hallmark for me, most Sundays. He held a trunk that carried within it, a valued possession—a source of grand passion and pride. Anticipation fueled the concealed smirk on my face, as he pulled the oversized zippers, revealing the golden masterpiece. Each piece was fixed to its assigned grooves. An unassembled instrument, yet still meritorious. He’d clean the parts with tiny brushes, then greased the knobs and mouthpiece, before fitting it all together. A deliberate smile acknowledged my presence as I sat in utter silence. I admired the delicacy of his movement, while I boiled with excitement for the first few notes. When it was all done, he grabbed sheets of paper, filled with graceful symbols that, for me, were an incomprehensible mystical language. Yet, to him, the new musical arrangements for an upcoming event. The best part came when he blew into the instrument and, with the air of his lungs, he translated the magical symbols into sound. Here’s to my dad, the musician, trumpeter, survivor, and man who lived his passion. For all of his lessons, advice, and respected opinions to me over the years, the way he lived has always been what impacted me most.

Blissful, childhood nights fed my soul in inexplicable ways, when, on rare occasions, I attended live practice sessions with the band. My imagination ran free and vibrant. The pretend band director. A breakout dance star. The crazed fan meeting their idol for the first time. While the music played, I could be anything and everything. Still, the highlights of those nights were always when it all stopped. With instruments set aside and the band took their break. When the abrupt silence, echoed the residues of connection and laughter from the last song. I’d sit alongside my dad, while his bandmates showcased their talent for storytelling. Funny stories, epic ones, and even heartfelt memories, all featuring my father. Many of them were lost in my recall over the years. But, for one story of just another ordinary day in his life—codifying a lasting image of my dad. An impression that I hold dear, especially in adulthood.

On one faithful afternoon, my very prompt father strolled in late to his rehearsals. Thus creating an unintentional disruption to the session already underway. This was a new arrangement that the band needed to perfect with limited time. The distraction in this already tense environment pointed the understandable frustration of the band leader directly to my dad. As he was being given a lecture on punctuality, he remained calm. He retrieved his instrument and a sheet of the new arrangement that he placed on his stand. All eyes were on my dad and the lecture continued. After studying the sheet with a single look, my father lifted his trumpet and closed his eyes. Then, silence. He then played the entire arrangement to perfection. He reopened his eyes and saw, excited bandmates who patted his back. Ease now filled the space where there was tension and my dad earned some well-deserved respect. The lightness from that moment transformed the energy in the room and rehearsals resumed successfully.

I’ve retold this story over the years. Mostly for confirmation of my belief that my father was a musical genius. I’ve contemplated what that process must have been for him. Photographic memory, perhaps? Or could he hear the sounds in his head as he read the sheet? Whatever it was, it fascinated me. Each time I recounted this story, it filled me with immense pride. As I grew older, this story took on an alternative meaning. When my dad played his trumpet, it was more than just work. He was an active participant in the craft he loved. His passion was irrefutable and drove the mastery of his art, to where his most spirited performances appeared effortless. I witnessed this at his events. I saw the joy in his demeanor when he closed his eyes and surrendered to the thrill of the experience. Cradled in his happy place and never having to search his imagination for it. It was his compensation for following his passion. While a career in this field was untypical, his determination and desire rejected any redirection. He couldn’t imagine life without music fueling the core, so he hinged his bets on his talent and followed the path with no resistance. This has taught me to trust myself more, and to harness the abilities that are instinctive within me. To build my passion into each project and ferociously love what I do. I’ve remembered this story in great detail for many years. Now, as I reflect, the takeaway is distinctive.

At twelve years old, the reemergence of cancer had created a dismantling impact on my family. In our last conversation, my father delivered the heartbreaking news in his weakened state. He spoke with gentleness as heavy coughs interrupted his sentence. We learned that if he recovered, he may never play the trumpet again. I believed then, that the pain from that revelation hurt more than anything he felt physically. In the end, it proved unbearable for his soul. I lost my dad soon after that conversation and have missed him every day since. The memory of his presence remains an amplifying source of inspiration for me still, with a magnified connection every time I hear the trumpeting sounds of brass instruments.

Reconstructing the norm one pen stroke at a time

Ink to paper is the vessel

And, the stories are my gift

More stories from Luna Jupiter and writers in Beat and other communities.