Best Album Covers of the 70s

by Max Jones 3 years ago in bands / list / vintage

They say if you can remember the 70s then you didn’t really experience them, so let us jog your memory with the best album covers of the decade.

They say if you can remember the 70s then you didn’t really experience them, so we’ve put together this list of the best album covers of the 70s in order to help you jog your memory. The 70s were a revolutionary time in terms of both music and art, and nothing captures that combination quite like some of the decade’s most iconic album covers. They show the style, look, and feel of an important decade in musical and world history.

Dark Side of the Moon by Pink Floyd 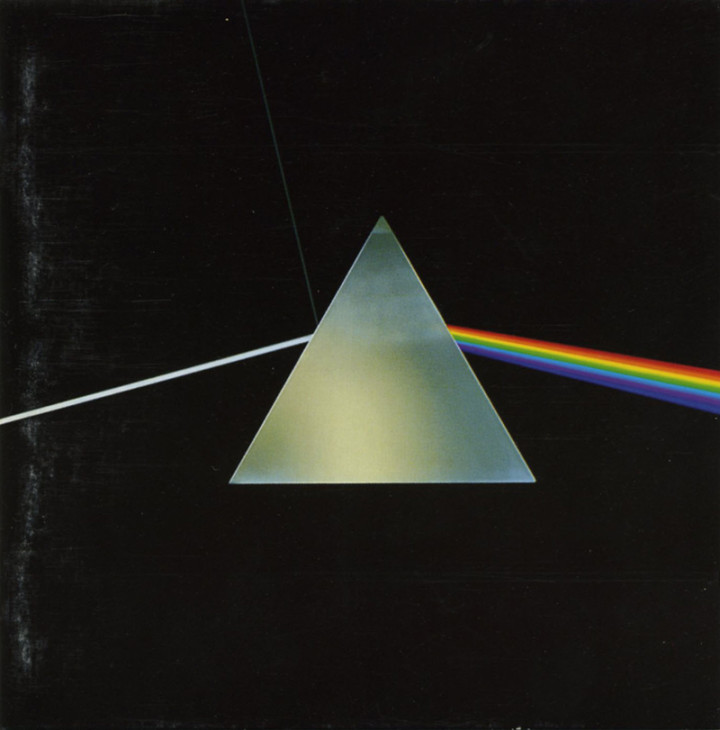 Pink Floyd is a band that many people still love to this day. Despite the band’s tumultuous breakup later on, they produced some of the most iconic music of the decade. This album featured the title track, "Dark Side of the Moon," a favorite among stoners and planetarium goers alike. The album was the first produced after the departure of the previous front man, Syd Barrett, and struck the tone the band would follow for the rest of their time together. It explores a number of themes including madness, greed, envy, and capitalism. With its easily recognizable prism artwork, it truly deserves a spot on this list. 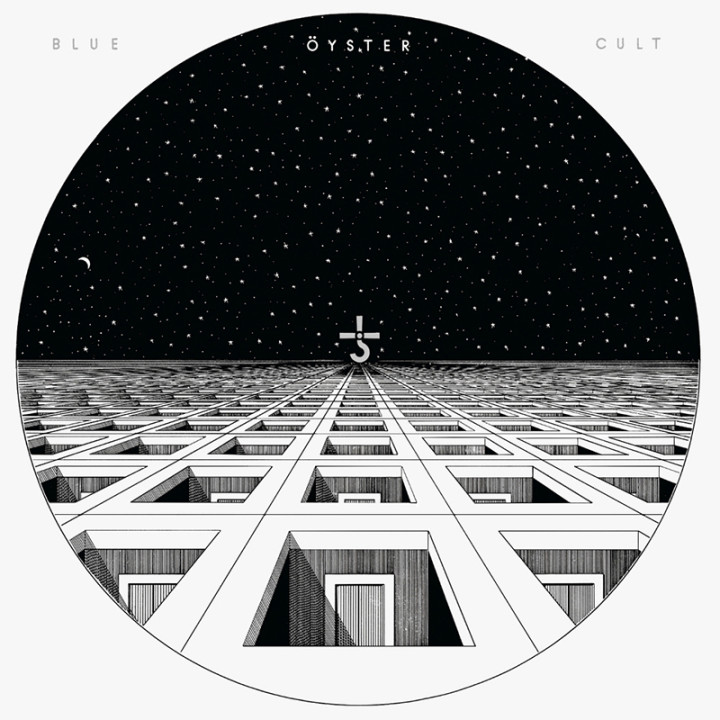 Blue Oyster Cult’s self-titled album is easily one of the most iconic pieces of artwork from the 70s. The band has become famous for being referenced in an SNL skit, with Will Farrell calling for more cowbell. However the band had a huge following before that, and maintains a loyal fan base to this day. The album art is the perfect combination of the trippy 60s and the 70s obsession with space, showing a fractal-designed platform with the band’s iconic symbol hovering over it in the distance. With themes like that combining in one piece it is easy to see how this is one of the best album covers of the 70s.

Who’s Next by The Who 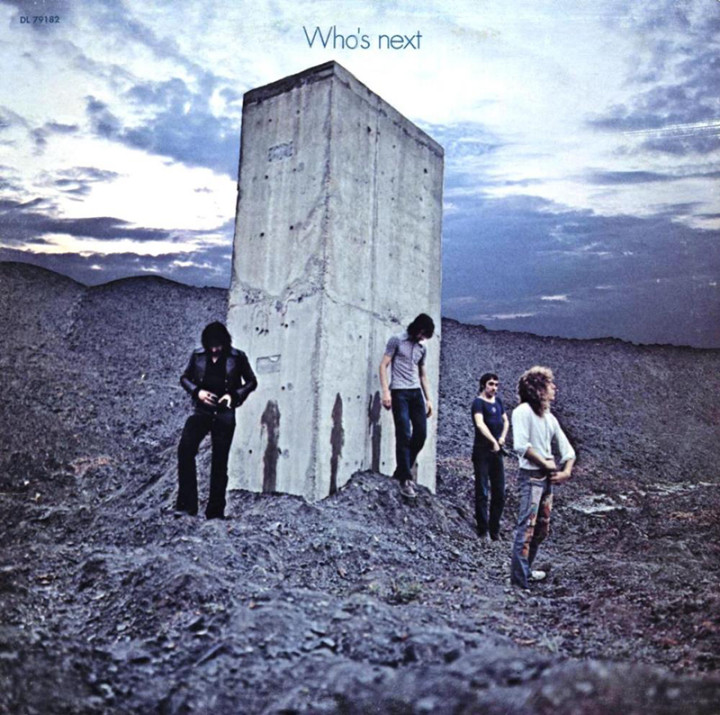 The classic album by one of the most enduring hard rock acts in the world is almost a no-brainer for inclusion on this list. The album art sparked controversy with its motif of the band mates having just peed all over a solitary block. The art was an attempt to show that The Who were going out of their way to kick ass and rock hard, and the music on the album doesn’t disappoint the promise its iconic artwork makes. This was not the first Who album, nor would it be the last, but it is still resoundingly a fan favorite to this day. In fact, if you turn on your radio and wait an hour you’ll probably hear a track off of this record. This just goes to show how album art can play a role in making classic music as well as classic art. 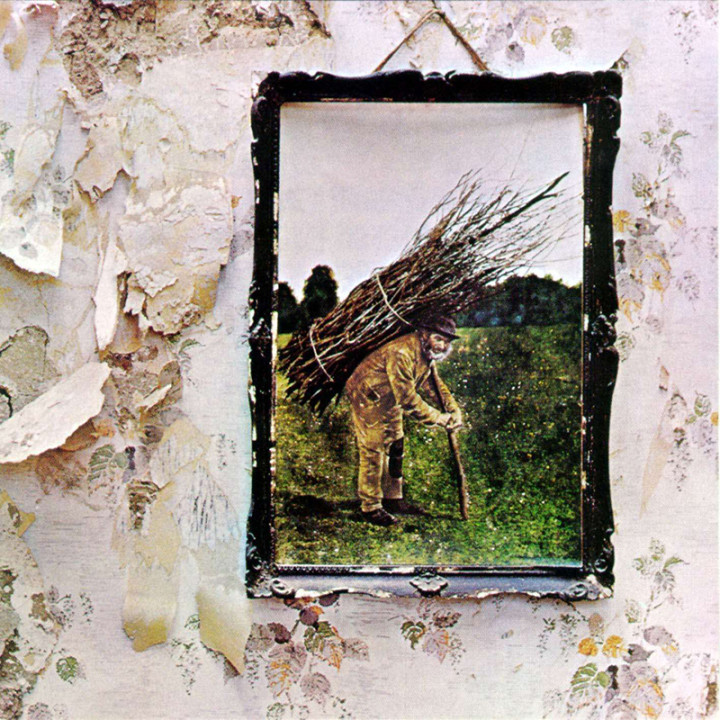 The band that launched the heavy metal genre, Led Zeppelin decided to think outside the box for the art on this album, which looks like a stucco wall with a portrait of a peasant man carrying a bundle of branches on it. The album art set itself apart by being immediately recognizable as different from what other bands and albums were doing at the time, meaning it was sure to draw your eye in the record store. Not only was this a brilliant marketing move on Led Zeppelin’s behalf, but it also helped them get named as one of the best album covers of the 70s. 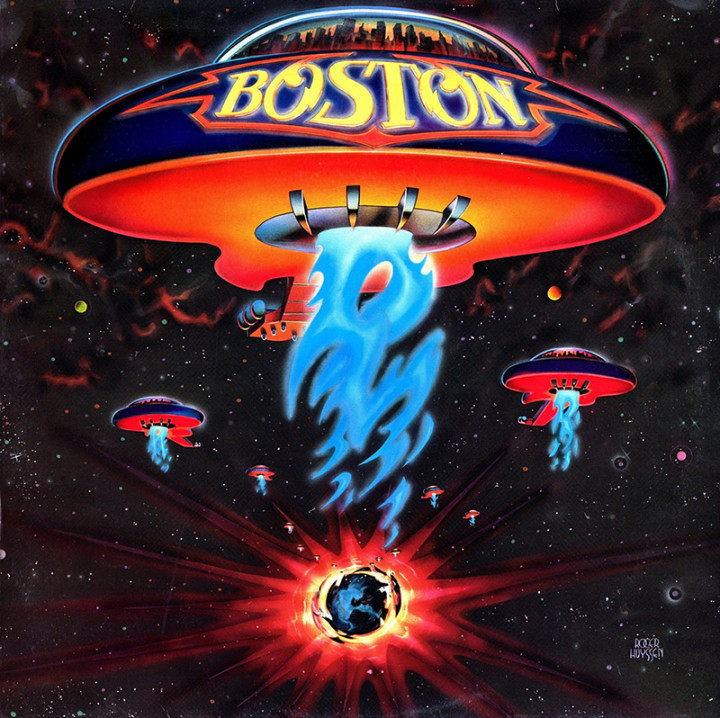 Very few bands represent the 70s better than the prog rock outfit Boston. Their album art is known the world over for its creative use of guitars. Their self-titled album started this trend which is still alive and well today. Moreover, this album is chock full of classic rock hits, including “More Than a Feeling” and “Peace of Mind.” The art shows once again the 70s obsession with space, and the hovering guitar motherships remain a classic motif to this day, showing the space age sounds of 70s rock will be looming over us whether we want them to or not.

Ramones by The Ramones 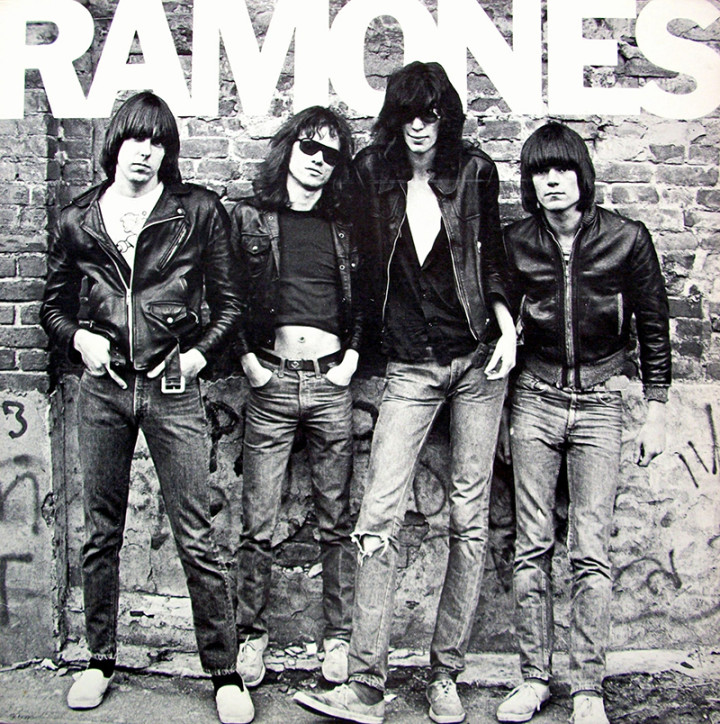 What is it with self-titled albums and iconic artwork? The Ramones set the stage for the punk movement of the 80s with this classic album. The artwork depicts the band standing against a brick wall looking like they just couldn’t care less what anyone has to say about them. This attitude was vital to their message and helped pave the way for a new generation to start tearing down the foundations laid by the old one. Easily one of the best-selling punk albums of all time, it helped launch the Ramones to stardom and set the tone for the next decade, making it a truly iconic piece of album art.

Burnin’ by Bob Marley and the Wailers 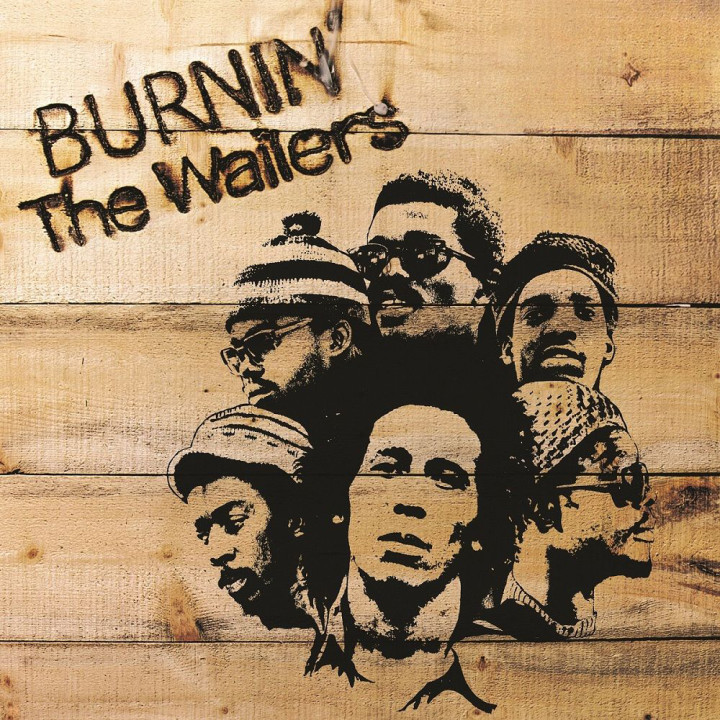 Bob Marley and the Wailers know how to make a great pun. Burnin’ was a great album and introduced the world to reggae music. Additionally, it helped introduce many elements of what we would now refer to as “stoner culture” to America. The artwork on the album features the busts of the band burned into wood. As a result of this clever word play, easy going but still socially aware music, and copious amounts of weed, Burnin’ clearly belongs on any list of the best album covers of the 70s. After all, without Bob where would we be in the world or in music today?

Hotel California by The Eagles 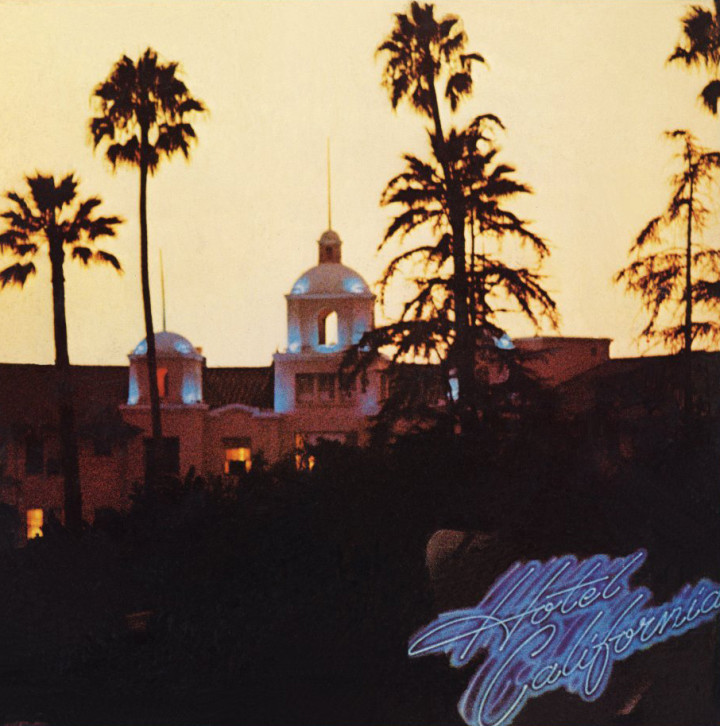 Very few album covers get away with trying to make a representation of the name of the album. The Eagles’ Hotel California is not one of those albums. Showing a distant and shadowy structure that promises at the same time to be luxurious and haunting, this album and its title track have received more plays than possibly any other album on this list. The Eagles were famous for their live performance of this song during the Hell Frozen Over tour, which celebrated the band getting back together after a breakup that lead everyone to believe there was no way in hell they would ever see the Eagles again.

Steal Your Face! by The Grateful Dead 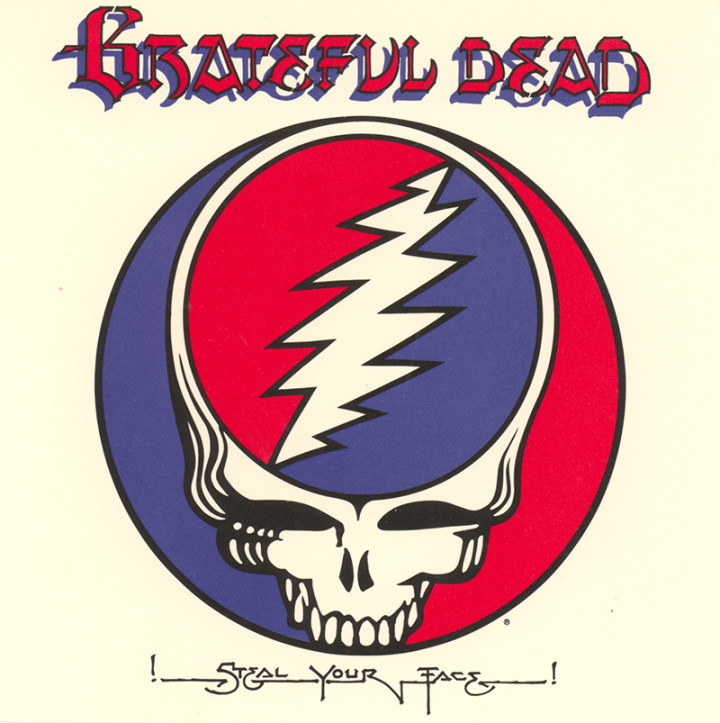 The Grateful Dead is one of the most beloved bands from the 70s and was known as the hardest working outfit in rock. They were always on tour and while many fans focused on recording and trading tapes of their live shows, their studio albums were the source of artwork that still has cultural significance to this day. This album cover features the famous skull with a lighting bolt emblazoned on a red and blue field on its forehead, surrounded by a red and blue field outside of it. This image can still be found on bumper stickers and patches all over the world, making this easily one of the best album covers of the 70s.

So Far by Crosby, Stills, Nash, and Young 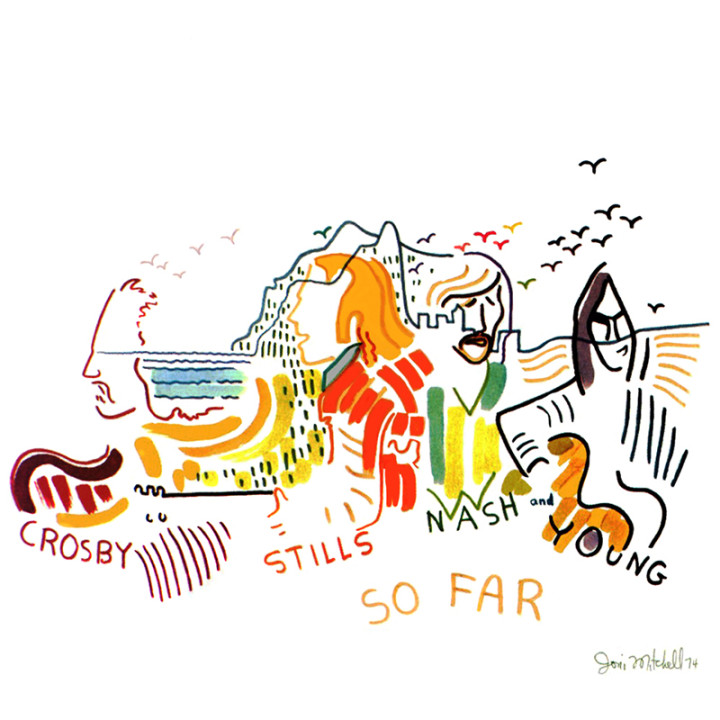 Crosby, Stills, Nash, and Young, (or CSNY for those in the known) were the quintessential 70s power group. They were famous for their inspirational and well thought out lyrics, seemingly impossible harmonies and melodies, and giving voice to the protest generation. The album art features mildly psychedelic in nature, but more refined, showing the progression of the hippie movement to a more self-aware state. It featured famous songs like “Suite Judy Blue Eyes” among others, and is one of the best examples of the band’s collective work, style, and abilities. As a result you can still find this album around in many collections, if not for the music than for its iconic artwork.

New Orleans raised, a retired self taught sax player who spends his time keeping jazz alive through his writing, reviews, and occasional show.

See all posts by Max Jones →