A Playlist for Runners

by Krystal Katz 2 months ago in playlist
Report Story

Created by a Runner for Runners 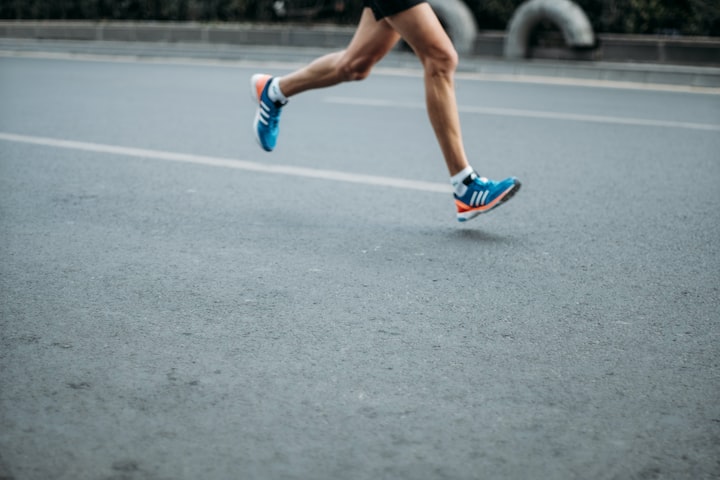 Photo by sporlab on Unsplash

Whether you're a new runner or veteran to the sport, chances are you probably like to listen to some music while you run! While it's pretty easy to put your music on shuffle and just listen randomly, having a playlist tailored for runners by a runner is sure to get you motivated!

That being said, I am a runner! I think it's so much easier to run when I've got music in my ears-- not only does it distract me and get me motivated, but if it's got a quick beat, I also find myself going faster! A few of the greatest memories I have are when music blared over the speakers during a track race, when people played their radios at certain parts along the road during a long race, or during nighttime cross country invitationals where music played the entirety of the course!

Most of the songs on my playlist have certain "running" memories attached to them, while others are just songs to get you in the running mood!

Here are 10 songs from my running playlist to add to yours to get you ready to run (in no particular order):

This is a song that we had listened to after our first ever cross country race on the car ride home, and it will forever get me in the mood to run. Not only does it have a good beat, but, disregarding the meaning behind the lyrics of the song, it is just very fun and energetic and I find myself bobbing my head as I listen to it when I run.

This is another fun, upbeat song to listen to while you run. It just makes you feel... alive, and the beat of the song makes you run faster without even realizing it.

This song always made me feel on top of the world, and while listening to it, I felt like I was capable of anything. It always made me feel so much stronger. Yes, I can run the mile. I can do this. When I ended up actually getting into the hall of fame for cross country in high school, this song had so much more meaning. Not only did I feel like I was capable of anything, I knew that I was.

This is another song with a great, quick beat. If you try to run to this, you will definitely find your feet trying to match the pace. But, that's not necessarily why this song makes the list. I first heard this song during a nighttime cross country invitational where I got a personal best, and it will forever be a song that makes me want to run fast and get a new personal best.

5) All These Things That I've Done - The Killers

If you've ever seen the movie Prefontaine (1997), chances are you probably remember this song from the movie. But, as it's a popular song in itself, you probably recognize it as it is. This song is one that will always remind me of running and the great running legend, Steve Prefontaine. When I listen to this song, it motivates me to run and accomplish greatness, just like Pre!

6) Build Me Up Buttercup - The Foundations

You might be wondering why this song has made the list. Or, maybe you think it fits perfectly! Either way, the reason this song makes the list is because is was the theme song for our cross country team. On runs (yes, you heard that: while running) and before races, the entire boys and girls teams would listen to this song and sing it at the top of their lungs. This song puts me in a good mood, and it brings me back to fond memories.

This is another song that I listened to during a nighttime cross country invitational. It was played as we ran, and I felt like I could run so much stronger when I heard this. It's a good song to get you running!

8) Tonight Is The Night - Outasight

Yet another song we listened to at that nighttime cross country invitational. This song makes you want to run faster and move your feet to the beat. It gets you energized, and for me, personally, it has fond memories attached, so it makes me want to run and takes me back to race days.

This is a very dynamic, fun song. I can't help but dance along to it, and it definitely makes you forget that you're running. It's one of those songs that just puts you in a good mood!

This is an upbeat, fun song that is another that just makes you want to dance. I always think of this one track meet that we had in high school where it completely down-poured on us. And, yet, we all had the time of our lives. We listened to this song in the locker room outside the track while we waited for the storm to pass enough for us to get back on the field, and I just remember watching both our girls and boys team and the opposing teams standing together and singing along to this song.

Alright~ so, there are just ten songs that I think would make a great addition to your running playlist. While most of them are songs that have personal meaning to me, they are all so upbeat and fun that you can't help but want to run and give it your best when you hear these!

I'm an aspiring writer and also an animal lover! I'll be posting the story of my two newest puppies, Daisy and Beanie, here! I hope you enjoy!

More stories from Krystal Katz and writers in Beat and other communities.