11 Relatively Obscure Guitar Songs You Should Check Out

by Jamie Jackson 7 days ago in indie

You don't want to miss out, right? 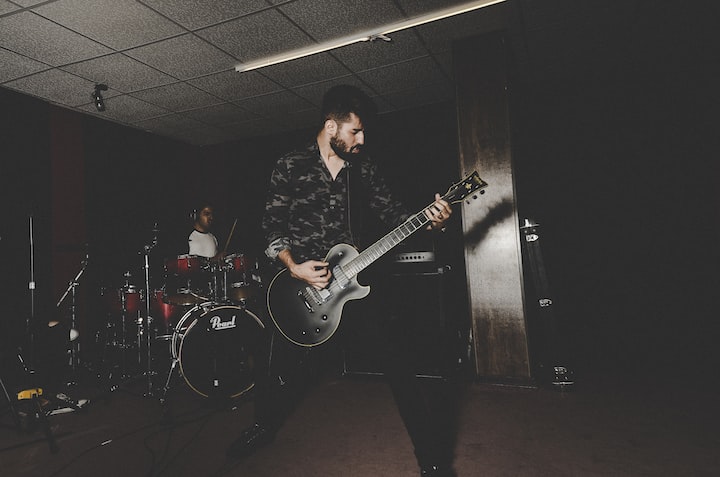 Hey you, you like guitar right? No seriously, do you? I'm asking because guitar music has never been more out of style than right now. Hip hop, dance, pop, folk even, are all riding high, but rock and roll? Forget it. People are done.

Don't worry, it will make a comeback, rock and roll never dies, but guitar music, for the most part, it is as unwelcome on a Spotify playlist as an election result in the Trump household.

Anyway, long story short, I used to write for a lot of music 'zines and even had a weekly singles column for a while, and in that time I stumbled across a few tunes here and there that never got the outing they deserved.

So in a bid to shed some light on the, and ensure they don't disappear into the indie landfill forever, I thought I'd share them with you, the discerning reader. Or in this case, er, the listener.

So, with that in mind, let's begin.

All I Wanna Do Is Break Some Hearts' - Kreeps

All the way back in 2006, Kreeps released this sexual bass and flute intercourse for funk perverts. I remember listening to it a few years ago when I had to run through Bank station in London, late for an appointment, as I lept between slow-moving pedestrians and gormless tourists. It felt like I had a fucking booster rocket on my back as this racket blasted in my ears. Wonderful noise.

Also, that guitar at 2:34 is so funky and raw it may as well be slapping your greedy little ears.

Keeping up with the theme of ramshackle bands, I give you 'Twisted' by Zeke, a sub-two minute powerhouse of drunk guitars to kick you in your stupid face. And ears.

Yeah they DGAF, bro. They were strutting around with a DGAF attitude before the internet made DGAF a thing. Probably. I dunno. I've done no research. Research isn't exactly punk rock.

Let's shift gears away from songs that make you want to kick things over and listen to this disenfranchised, whiskey-soaked alt-country that hates everyone.

This is a song of anger, heartbreak and bleakness. It's a sort of musical 'On the Road' by Jack Kerouac but instead of being about heady youthful adventure, it's about slipping into the void of drink, age and fatigue for life.

How can such a song sound so great? I guess it's a peek behind the curtain of a misanthropic mindset. We get to walk in the shoes of someone we worry we'll turn into. Just me? Well, whatever.

Continuing our dip into melancholy, this is a heart-breakingly pure country lament. Guest singer Jennie Benford's vocals are one long lament, the voice of a woman both nurturing and resigned. The song is a warm blanket on a cold night, an audio hug, a straight-up comfort. I never listen to it without usually playing it again. Superb.

Ok, enough of the wallowing, we're heading back up the mood-curve (I just made that word up) with this sleazy slice of guitar grooves and bubbling bass. Here, Brant Bjork explains why he's way cooler than you via what can best be described as instrumental stoner ambience.

Light up a fattie, turn down the lights and pretend for a moment you're in a 1977 coming of age film. Just me, again?!

Here's another instrumental song (yes, the order of this list has all been meticulously thought out... perhaps) from plucky New Yorkers Ambulance Ltd. These guys were hailed a the next big thing when they released their debut album 'LP' back in 2004, but alas, it never amounted to much. Such is the fickle world of music. They do have a singer, but the multi-guitar meanderings of this instrumental are so great, it made this list. I'm sure they'll be happy.

'Cutsman' by Horse the Band

Right, stop thinking and start kicking things over again. Listeners, use your discretion, as here is the semi-comedic Horse the Band with some Nintendocore turned up to 11. I think some people call this 8-bit rock or whatever but all I know is it sounds like someone made heavy metal on a ZX Spectrum and I like both these things.

It also reminds me of 'Obey the Beard' by Psychostick you can watch here.

'The Rattler' by Goodbye Mr Mackenzie

Ok, now let's leap to some 80s' tinged Celtic big music for quiffed romantics out there. Yes, I've stopped pretending this list has continuity. This is a great song, a bit like The Waterboys output in the mid-80s. It was, after all, Mike Scott (Waterboys' frontman and mainstay) who coined the term "big music" for this genre.

Interesting fact, Shirley Manson left Goodbye Mr Mackenzie to form Garbage in 1994, who went on to do very well. I bet her former bandmates were very pleased for her subsequent stardom. That's how it works, right?

Angular indie-rock straight from the noughties. A lot of music around this time was unfairly labelled as "landfill indie" as there was a zillion one-hit wonders who hammered out guitar-pop around this time. There's no doubt this Essex 4-piece were riding on the coattails of The Rakes, but that doesn't stop this song being a belter, thanks very much. It's so angular with such sharp grooves, it needs gloves to handle.

'Queen of Apology' by The Sounds

Here's some scando-pop that struts its stuff. I saw these guys years ago at The Metro club in London, a small and legendary nightclub that was regrettably bulldozed as part of the Tottenham Court Road station redevelopment. Not relevant information, but what do you want from me, do you want me to say they're like The Cardigans but edgier? 'Cos I'm not going to doing that.

'Away Frm U' by Oberhofer

Last but not least, this snotty-nosed, impetuous anthem from Oberhofer, a tour de force in catchy indie rock. You can hear the raw talent spilling out from this band in frustration and over-excitement. A song about love and heartbreak (aren't they all) that you can sing along to. It's a shame these guys never got bigger.

And that's it. Just a few from the archives. It's funny what becomes of these great musical hopes. Having played in bands for years with way less success than anyone on this list, all I can say is a moment in the sun is better than a lifetime in the musical shade. Good for them.

See all posts by Jamie Jackson →