What New Features Can We See In Windows 11?

by Kandel gita 5 months ago in tech news

What New Features Can We See In Windows 11? 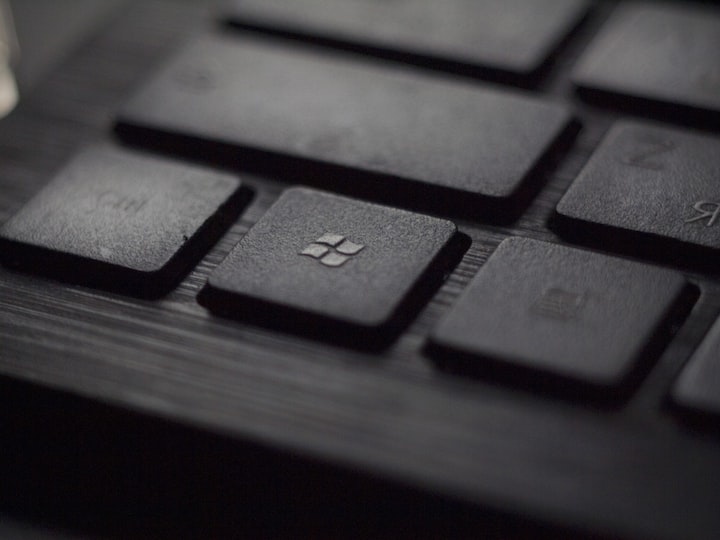 Photo by Tadas Sar on Unsplash

Microsoft today revealed Windows 11, the next major version of its operating system, after it was revealed by leaks last week. Windows 11 will bring a new revised Start Menu, improved support for multi-monitor touchscreens, greater integration with Xbox Game Pass and a new boost to Windows Store.

Windows has already overtaken macOS in terms of the layout of apps and windows on the screen, but as the gap grows, Windows 11 will have new layout options. Widgets, translucent windows and windows that snap together have been around for a while, but the approach of Windows 11 looks better than ever.

When you hover your mouse over the button maximize at the top right of the window, a selection of layouts will appear: two windows side by side, three, one big and two small, as shown below. How to bypass this arrangement by moving the cursor over the key seems a bit hidden to me, but I hope that I can expect this on Microsoft's Surface in the final version.

Windows 11 also includes a new Snap control that lets you access the maximize button from an app. The app looks as if it is open from the inside when you click on the button. Open and close apps, maximize and minimize windows and open and close are all new animations.

It remains to be seen whether this change will be enough to make Windows a natural touch screen experience, but it certainly wouldn't be good for switching to tablet mode on Windows 10. Like the last time Microsoft announced a major version of Windows, the Windows 11 update will be free if you already have the operating system. The only other caveat is that if your system meets minimum Windows 11 requirements, you must check in by downloading the PC Health Check app.

The first preview of Windows 11 includes most of the new features that Microsoft promised for the forthcoming operating system, including a new appearance, themes and widgets, a new snap-ready layout and an updated file explorer. If you've joined the company's Windows Insider program and met Microsoft's new and more complicated Windows 11 system requirements, you've already seen the preview. Here are some of the features that didn't make the cut for the Windows 11 preview.

Support for Android apps in the new Build Team integration, for example, will come in a later version, but the preview of the new Windows Store is available today.

One of the features of Windows 11 is the ability to run Android apps, but with some limitations. You can still install Android apps from the Amazon Appstore to run on Windows, or from the Microsoft Store by sidelining the APK.

You will be able to launch Android applications on Windows and find them in the Microsoft Store or Amazon's own app store. As with the rest of the UI, the Windows and Microsoft Store gets a slick design update, but preview builds of Android apps are not yet available. Windows 11 uses Intel Bridge technology, a runtime post-compiler that lets you run Android apps and treat them like any other Windows app when you snap in a pen to start.

Users can sideload APK files on Windows 11 to install Android apps, but before installing an app you must have command line access and a click on the APK must also be confirmed. At the same time, it seems that applications available for Windows 11 will not be able to use the Google Play service, which will limit the functionality of Android apps in Windows.

Microsoft has unveiled Windows 11, which has a major redesign and many new features. The company has eliminated the clutter from its previous versions of Windows and removed features like Cortana and Skype that were part of Windows 10. Windows 11 switches its look with a new Start Menu with rounded corners and includes many productivity improvements, including a snap layout to run multiple apps at once.

Windows 11 is on its way with a fresh new design and a number of new features that aim to streamline your PC and help you be more productive at home and at the office whether you use your laptop or tablet. Here are some of the best new features announced by Windows 11 so far and how you can use them based on what Microsoft has shown so far. Windows 11, which has a large redesign and many new features, has a new widget to keep up to date with the latest news from Microsoft Teams and integration into the new Windows Store.

We will update this post with more detailed instructions when the beta will be released next week, but for now we will try some of the best new Windows 11 features we have announced so far. You can now access Android apps on your Windows 10 PC. In some cases, especially if you have a Samsung Galaxy phone, Windows 11 is the first time someone has been able to download Android apps to your PC.

As the name suggests, Windows 11 is the eleventh major version of Windows and brings a number of important features, functionalities and updates. Windows 11 brings a number of improvements for Windows users including new look, multitasking improvements, improved gaming performance, Android App Support, and more. In a screenshot published by the Chinese website Baidu, the entire Windows 11 operating system appears to be complete with a new interface, a start menu, and much more.

Recently, Microsoft simplified Windows for dual-screen devices, but dropped it in favor of its upcoming Windows 11 operating system. New in Windows 11 is the user interface, especially the Start menu, which is similar to that of Windows 10X.

Microsoft's best-kept secret is out of the bag when the near-final version of the next-generation Windows 11 operating system update leaked. After spending only a day using the so-called "final" version of Windows 11 as our main operating system instead of Windows 10 the hype and rumors have continued for many months. From radical reboot menus to new rounded corners to a fresh dark mode for 11, there are things in Windows 11 that inspire us.

Receive stories by Kandel gita in your feed
Kandel gita
Read next: Searching For A New Custom Website Developers