by Hector Allemand 2 months ago in history
Report Story

Do history teachers qualify as historians? 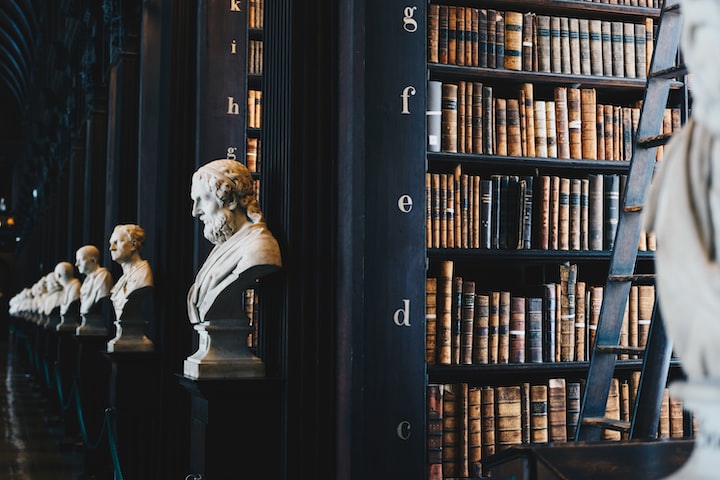 Are history teachers historians? Should they be? They're trained to teach history after all, and we've been taught in it as a subject since childhood. But are history teachers historians? This is the question that prompted this article. Although there might be no definitive answer, I'll discuss why many people believe they aren't, and how that affects their teaching.

Yes, all history teachers are historians.

As a result, many history teachers are historians. But not all history teachers are historians. There is a difference. The word "history" is often used to mean two different things: The study of the past The written form of the study of the past (i.e., historical study) Since we do not want to confuse these two meanings, we will use the term "historian" for someone who studies history and writes about it.

In other words, a historian is someone who does scholarly research into history and then writes about their findings in various academic journals or books that are read by their peers in other universities and colleges. A historian may also teach classes on history at a university or college level or publish articles on popular topics in local newspapers or magazines (i.e., not considered academic).

However, this type of activity falls outside the realm of "scholarly research" because it is not published in an academic journal or book that is read by other scholars in their field.

History teachers primarily teach their students about history, but they aren't usually researchers.

A history teacher might be able to tell you what happened in American history or European history, but they wouldn't be expected to have a deep understanding of those events. A historian would have spent years researching their field and writing papers on different aspects of it. They would be expected to know everything there is to know about their area of interest.

The fact that history teachers aren't researchers can be problematic when teaching their students about the truth of history.

Textbooks are designed for simplicity and brevity, which means that they often don't include all of the information that a researcher would consider relevant to understanding a historical event or period. Textbooks also tend to focus on topics that are more likely to be covered by standardized tests, because these are the subjects on which students will be tested in school.

This means that some subjects may get more coverage than others — topics like World War II or slavery might dominate one book while another might focus on the Founding Fathers or women's rights movements. Textbooks can also have biases based on the authors' political views or personal agendas, which can influence what material gets included in them and how it's presented (or omitted).

A history teacher who relies solely on textbooks will only know as much as those books do — which is probably not enough if they're trying to cover an entire era or major event in history with their students.

There are many more historians than there are jobs for them available in the field of history.

It is true that most people who become history teachers have a degree in history, but that doesn't mean they've had any formal training in teaching methods or how to structure a class on their own. Many people with undergraduate degrees in history go on to get masters degrees in education and/or certification as middle school or high school teachers through programs like Teach For America.

But even without any formal training, there are some things that anyone can do to help make sure they're teaching effectively. The first thing you should do is read up on pedagogy — especially if you haven't had any formal teacher training. There are lots of resources online and books that can help you understand what it means to be an effective teacher and how best to engage students in learning about history (or whatever subject matter you're teaching).

The second thing is to find resources for yourself as well as for your students!

I hate to break it to you but teaching is a hard job. Mind you, no one ever said it was easy (I hope). I also hope that we'd agree that any profession can be difficult, even for teachers. That said, I think it's important to know where the history teachers are coming from and admit that they are not historians.

If they were historians would they be acting like this? Would they be focusing on topics that they prefer instead of those mandated by the state? No, I don't think so and neither do my many professional historian colleagues. So let's just try to remember this fact and move on amicably without excluding either group of people.

Yes, history teachers are not historians, but they can become historians over time and with the right training.

More stories from Hector Allemand and writers in 01 and other communities.