Does Cryptocurrency Have a Future?

by Caroline Egan 7 months ago in cryptocurrency
Report Story

What does the future hold for crypto? 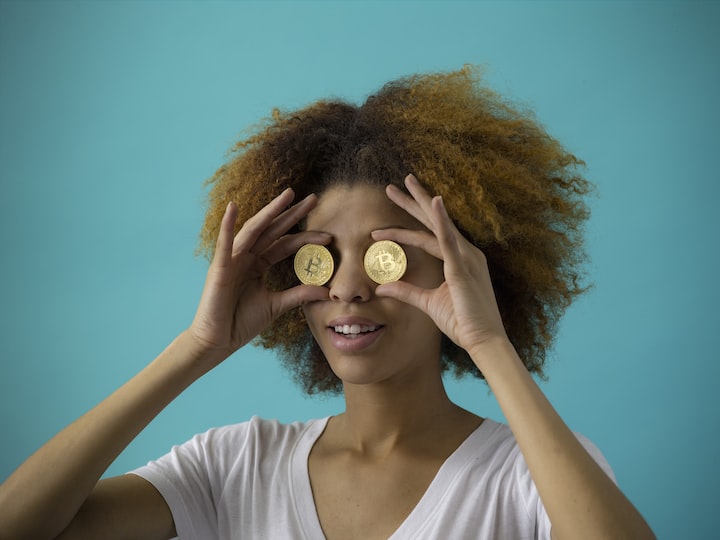 Despite the current "bull run" in the larger market, the future of cryptocurrencies is still pretty uncertain, as nobody (even those who are adamant) knows exactly which direction it will take. It can be difficult to decipher what is true or false, even though it is mostly all conjecture with much contradictory information circulating. To consider whether cryptocurrencies have a place in the future, we need to consider how likely it is that they can adapt to overcome the obstacles that are currently in their way.

On a positive note, we can already see that several companies have begun integrating cryptocurrencies into their product offering. There are crypto credit cards, interest-earning crypto accounts, and coins gradually gaining acceptance in payments for products by different companies.

The more crypto becomes a currency, the more of a solid future it will have. It has been argued that while cryptocurrency will have a future, it may mean that stablecoins that are closely tied to the value of fiat currencies will survive and be adopted in everyday use. Not only should its adoption involve paying companies, but for it to be fully adopted, it needs to be used in other ways, such as companies paying their employees. In this way, cryptos would be circulated more, instead of simply being used to pay for an item and sitting in a company’s huge crypto store.

The fact is that cryptocurrencies are still seen as investments — and volatile ones at that. Until the market stabilizes somewhat, they cannot compete with fiat currencies either. Although their exchange rates can fluctuate, these moves are not as extreme as their crypto counterparts. Perhaps, even initially, coins will have to learn to coexist with fiat currencies instead of ultimately replacing them. Considering that there will always be an element of the population that will resist the replacement of cold hard cash, this may take some time.

It is also quite difficult to tell which currencies will survive and which will not. New cryptocurrencies spring up each day on the market, and only time will tell if they will hold their value and have any staying power. Even the bigger names like Ether and Bitcoin all have some risks facing them in the future, which need to be addressed to continue to thrive. The currencies that will work and remain will be the ones that more than likely serve at least one unique purpose and have a corner on that market. That is why when assessing which currencies to invest in, you research the actual functions of a currency to gauge its feasibility.

Tokens are a strong contender as well for a high-ranking currency for the future. NFTs are already starting to be used as a store of value for goods. They even offer the artist commission on each subsequent transaction that happens with their work after it leaves their hands. Potentially a democratizing way to tackle the art of the future, it also harks back to art being considered a viable store of value, particularly amongst wealthy collectors.

To secure their future energy consumption, issues from mining will need to be seriously addressed. Hopefully, as many are feeling the pressure to adopt greener energy policies, the future of cryptocurrencies will be substantially more environmentally friendly. The newer generations of these coins and some of the older ones foresaw these issues and have already incorporated the less energy-dependent ‘proof of stake’ system into their methods, as well as renewable energy sources. These issues and their impact on carbon emissions really need to be addressed by the larger mining culprits and fully resolved soon. If these cannot be sorted out shortly, this may lead to certain coins being left behind. Still, as many have decided to incorporate a ‘green’ policy into their networks or start adapting their power consumption is very promising indeed.

Another bone of contention that may need to be addressed is the level of criminal activity that is believed to be hidden within the anonymous nature of cryptocurrencies. In order to put a stop to drug and laundered money moving freely around the market, the anonymity of cryptocurrencies has come under scrutiny, and the very nature of the decentralized network may be threatened.

The lack of regulations generally and the possible imposition of regulations could be detrimental to prices and negatively affect public sentiment. These could mean anything from the banning of digital currencies to a requirement to register your accounts. A few countries have outlawed them because of this. Financial regulation may seriously impair and ruin the freedom that is central to the ethos of cryptocurrencies. Even if this regulation does not involve banning the currencies, the implications of the policies involved may have different effects on its value and usage.

The adoption of blockchain technology is definitely of merit for the future of these currencies also. Whatever cryptocurrencies weather the storm of the future, this super-fast technology is something that is bound to survive and continue to be used. Perhaps it may evolve into something less recognizable. Still, it has been proven to be an efficient and useful technology with applications across a wide range of services. It uses, even outside the realm of the financial sector.

If cryptocurrencies were to be widely adopted, it has been argued that this would promote a high level of economic growth. This is because it would offer everyone a simple and stable financial infrastructure. It could encourage cooperation between different countries and offer an alternative banking system with fewer fees and more efficient communication and transaction speeds. Businesses could grow their clients from nationally to internationally, with less effort on their part. The benefits to the crypto system mean that people will no longer be tied to traditional banking institutions and their growing fees.

We have already seen that El Salvador has started to use officially use Bitcoin, and although the results are still not in, this is an amazingly positive step in the right direction. Mining has been banned in China also but moved to the US relatively successfully. The majority of new coins are addressing energy concerns as well.

The growth cycle of many of these coins, such as Bitcoin, has been phenomenal. Most of the world is aware of its existence, proving that it has established itself as somewhat of a curiosity. New altcoins are created nearly every day. Not a day goes past without mentioning something crypto-related in financial and technological news. Considering that the first of its kind, Bitcoin, is only around a little more than a decade, this is a massive feat. If this continues, the sky is the limit for their future, as it seems very unlikely that all of these currencies will suddenly just drop out of existence.

More stories from Caroline Egan and writers in 01 and other communities.