7 Reasons why I ❤️ Chrome OS

and why you should too! 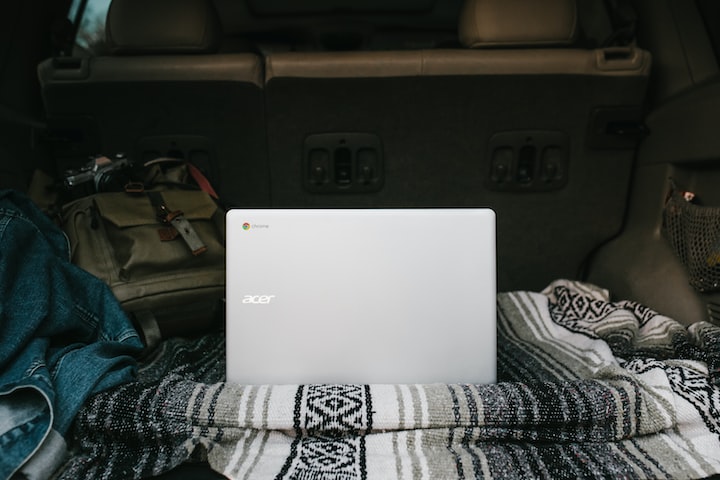 I fell in love with the Chrome OS way back in 2011 when it was in its infancy. Since then I have witnessed it mature into a capable, efficient and exciting platform. It integrates with Google Workspace brilliantly offering the purest form of Cloud computing

There are more reasons than the 7 listed below but I thought this was a good starting point.

Let us begin with arguably the most important part of any operating system - security. Chromebooks do not need antivirus installed - ever! How is that I hear you ask? Chromebooks are built from the ground up with a modern OS - no legacy applications are needing support as everything is done on the web. Layers of security are built-in with -

Automated updates - as a modern operating system updates have been built-in with a simple restart which takes seconds to perform before being up and running again. No progress bars needed here.

Verified Boot - Even if malware manages to escape the sandbox, the Chromebook is still protected. Every time the Chromebook starts up, it does a self-check called "Verified Boot". If it detects that the system has been tampered with or is corrupted in any way, typically it will repair itself without any effort, taking the Chromebook back to an operating system that’s as good as new.

Data Encryption - When using web apps on a Chromebook, all important data is stored safely in the Cloud. Certain kinds of files, like downloads, cookies, and browser cache files, may still be present on the computer. The Chromebook encrypts this data using tamper-resistant hardware, making it very difficult for anyone to access those files.

Recovery Mode - If anything goes wrong with a Chromebook, you can simply push a button or use a quick keyboard combination to enter recovery mode and restore the operating system to a known good version.

Fast boot-up and behind-the-scenes updates. Two of the biggest negatives with both Windows and Mac operating systems have been banished with Chrome OS. All of my Chrome OS devices have started from scratch to ready to use within 10 seconds.

Once upon a time, there was very little hardware to choose from. Hardly any manufacturers made Chromebooks and those that did concentrate on the lower end of the market with cheap components.

Development with choices across the spectrum from £150 to £1000 plus and everything in-between, including tablets, 2 in 1 and traditional clamshells with touch screens and without. Phew!

All newly released devices must come with USI stylus support and whilst choice is still a bit limited there are some good options. One I have used for several months is the Broonel Grey Rechargeable USI Stylus Pen* which has worked great!

One of the bigger criticisms that Chrome OS and therefore Chromebooks received was the lack of quality gaming available. You could get a game from the Web Store but to be honest, they were pretty poor.

Well, that is certainly not the case now.

Android apps run on Chrome OS which means you have a choice of thousands of titles and with a Play Pass you can access some without in-app purchases and adverts ruining the experience.

All you need is a Google account. Simple. Not only that if you have to jump to another Chromebook once you sign in bookmarks, extensions and your pinned apps all also appear exactly as you left them.

Chrome OS, needless to say, integrates seamlessly with Google services and indeed Android phones. Gmail, the world's most popular email platform through Google Drive and Maps all work as you would expect.

However, you do have choices. From the Play Store, you can download alternatives such as Firefox for web browsing or Microsoft Outlook for emails.

Take a picture on your phone with Google Photos installed then seconds later it appears on your laptop. Just one of the integrations within this ecosystem but you are not limited to one manufacturer, unlike other so ecosystems.

So there you have it some reasons why Chrome Os couldbe your next OS!

*this link is an affiliate link to Amazon

Writing about mainly techie stuff...but not always! And I love Tea by the way!

More stories from Wesley Dowding and writers in 01 and other communities.