What Age Should You Start Driving?

Why is it so important to start driving on your 16th birthday? 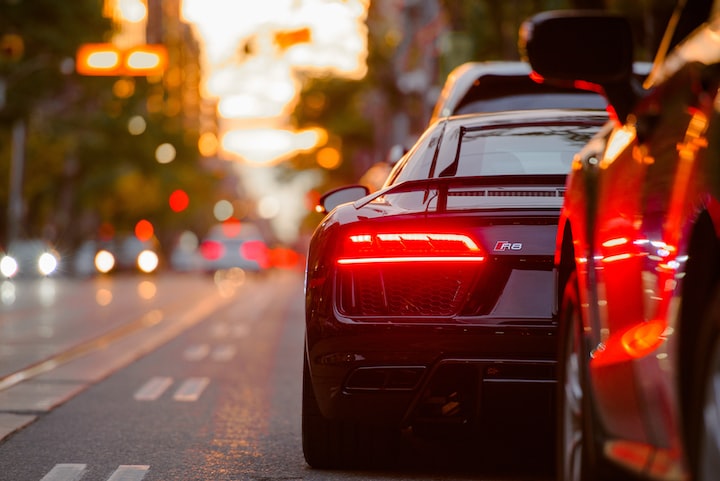 Photo by Evgeny Tchebotarev on Unsplash

I think that there's a lot of pressure around a teen driver. Society wants you to learn to drive the day you turn sixteen. Teens want that freedom. If they can drive, they can go anywhere, and they don't need to wait on their parents to pick them up from the mall or the movie theater. Parents want their kids to drive so they don't have to have that responsibility of picking their kids up. If they can drive, that's one less thing on the parents' shoulders.

I was excited to learn how to drive, until I actually sat behind the wheel for the first time. I thought it would be so much fun. I had a job before I took my written driver's test and I thought that if I could drive, I could work whatever hours I wanted, therefore making more money.

The first time I got behind the wheel, my mom didn't tell me to put my foot on the brake pedal before shifting the gear into drive. It was so scary. A giant machine was rolling across the parking lot, and it felt as though I had no control over it. I slammed my foot on the break and our seatbelts kept us from flying through the windshield. My mom had expected me to know that the car would go, but alas, I had no idea it would do that. Sure, in science, we were taught about gravity, but I didn't think that on a seemingly flat surface, a giant, heavy machine would move too much.

I begged my mom for her to drive home that afternoon and I didn't drive again for a whole week.

I thought that driving would be easy. Both my parents made it look like a breeze. Late night drives were my favorite. Especially going on the highway and sticking my face out into the wind like a dog. I loved the rides home from school where we would blast music through the open windows, singing along, not caring who was watching or listening to us. Not to mention all of the lovely naps we would take. Just like babies, as soon as the car started moving, our eyes drooped down and like a light, we were out.

The next time I went out was with my dad. He had a little bit more patience with me. He took me through a cemetery, and I happily rolled along. I grew confident. I told him to guide me to a not so busy stretch of road. Every now and then he would tell me that I was getting too close to the right shoulder, and I would straighten myself up. At this point, I didn't think driving was all that bad.

After about an hour of driving and getting used to it, we were on the way home when a giant truck rolled up behind me. I could see him in all of my mirrors, and he was close to my tail. As a new driver, I was driving slower than what is considered normal for an experienced one. I took turns slower, and my speed fluctuated more than I would have liked to admit. One minute I was going thirty, the next, forty.

The truck was so close behind me his headlights disappeared from my rearview mirror, but every now and then he would flash his high beams at me. My dad muttered curse words about the "god who thought he owned the road" that was behind me. I was scared out of my mind. My first real day driving and I was already encountering a douchebag who was tailgating me, thinking that would get me to go faster. Newsflash, it didn't.

My dad told me to pull off to the side of the road to let the truck pass me. I pulled off onto the gravel shoulder, throwing dust up in the air behind me as the tired rolled to a stop. The truck honked his horn the entire time he passed me and for several feet as he continued down the hill. Several more cars passed by, but they were much slower and more sympathetic.

I remember feeling so scared that I could barely breathe. My dad and I switched places and he drove home. I was so upset by it that my sixteen-year-old self wrote a very angry post on Facebook, venting to my family about what had happened. They told me that I would get used to other people. They said that the truck driver may have been the first aggressive driver I encountered, but he wouldn't be the last.

He was the last one though. I was too scared to drive. There was so much pressure. I had to watch out for my own driving and the driving habits of everyone else on the road. It was too much. I didn't drive for a whole year.

I wondered how many other people were like me. I knew of some people who refused to get their licenses because of trauma from car crashes, others had strict parents who didn't want the kids to learn to drive, but I hardly heard of the people who were as old as I was who didn't want to drive because of one impatient person who had tainted their experience behind the wheel. I felt isolated. I felt like I was the only one this happened to.

When my sister got her license, I knew that it was time for me to man up and get my own. I put my fears to rest and practiced. A year later, I finally got to a place where I was confident enough on the road. Then I took the driver's test. Four failed attempts later (all because of the parallel parking part), and I was a licensed driver.

I wasn't scared to drive by myself for the first time. I knew the rules of the road pretty well. It was freeing. I could roll the windows down and have the air conditioning running at the same time if I so pleased. I could play the same song on the aux as many times as I wanted because I was the only one who listened to it. I could drink whatever I wanted in my own car. The newfound freedom made me wonder why I hadn't put on my big girl pants and learned to drive in the first place.

The first time I encountered an aggressive driver after I got my license made me laugh. It was fun to let the person tailgate me. I wasn't breaking any rules and I was doing what I was supposed to do. I didn't provoke him, but I surely didn't give in to what he wanted me to do either. I was in no rush to get to where I was going, so I didn't worry about it. I thought that maybe if my parents had said more encouraging things about my own driving, that maybe I could have dealt with my fear sooner, but at the end of the day, it was me who made up my mind to start driving again.

I didn't get my license until I was nineteen. Parents put such unnecessary pressure on their teens to drive. Society says that if a teen can't drive by the time they're seventeen, something is wrong. I say, let your kid make their own choices. A sixteen-year-old is already going through a lot and one bad experience can make or break a whole situation. Relax and let them learn to drive on their own pace. Sooner or later, they're gonna get there.

How is a bio different from an ice-breaker? I'm a workaholic who writes from time to time.

More stories from Jordan Horter and writers in Wheel and other communities.