by Sufyan Maan, M.Eng 12 days ago in self driving

What are the pros and cons of autonomous cars 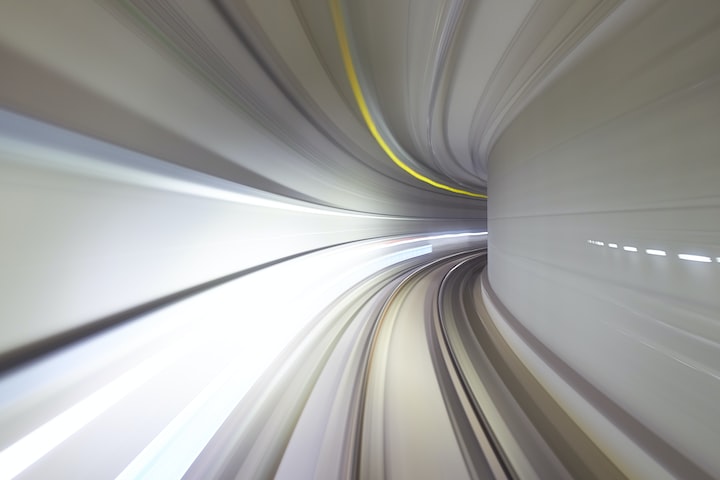 These rapid growths in the technology involved in self-driving cars mean that we are gradually entering the times when we would be able to take our naps or play our favorite games in our vehicles without touching the steering or any button with a finger. Even though autonomous cars have many advantages that come with them, we would not be just peaceful to dismiss their disadvantages because this would be a colossal disservice to humanity.

1. They are relatively error-free

With the high-end technology behind the autonomous car’s system, the system’s efficiency is expected to be heightened. With the help of this technology, the vehicle would be able to calculate the distance of objects around the car accurately. This also helps the car to make precise split-second decisions. These intelligent systems are significant ingredients in self-driving vehicles that make them more accurate in their calculations when compared to the human driver.

2. Reduces the Problem of Congestion

Since driverless vehicles seldom engage in accidents, they tend to decrease the problems caused by traffic. Because these cars can communicate with themselves, they are smart enough to eliminate the necessity for traffic signals. More coordinated driving means lesser incidents of traffic and congestions.

Driverless cars can help us solve problems that arise from parking issues. For instance, the self-driving vehicle can patiently circle a parking lot until there is a space containing it. This is particularly helpful in areas that have a high population density. And the fact that these cars can help control traffic flow would also play a prominent role in controlling traffic congestion. This is especially helpful in the city and most urban centers.

4. Can Prompt Other Creative Design

Because these vehicles are sprouting up in their numbers and being tech-driven cars, they have the potency of featuring new designs. With absolutely no need for complex driving modules, driverless vehicles may offer many ways to stay entertained and relaxed.

It is also important to note that the innovations that many driverless cars would feature are not limited to the car’s interior. So, don’t be surprised if you see a driverless car with a barroom or a living room! External innovative designs are also a possibility.

Because self-driving cars don’t require a driver, technicians could potentially rearrange the various mechanical parts stored on the vehicle. With fewer driver errors, cars could eventually go much higher speeds. This may also lead to vehicles with more capable and powerful engines.

This would lead to a dramatic decrease in the cost of shipping and transportation due to the use of green energy. Also, because of their increased efficiency, self-driving cars would use the optimal path without the need to accelerate and brake excessively.

7. Could Have a Positive Effect on People with Disability

1. The Cars Are Expensive

Driverless cars are a pleasant sight to behold because of the large number of efficient tech they feature. But with the cost of conventional cars in American pinned at $30,000 or more, self-driving cars would naturally cost more. The older a technology indeed gets, the costlier it becomes, so it may take up to a decade after their release to our roads for their price to come down.

2. The Technology May Malfunction

We are not picking on self-driving cars, but there is a possibility that the technology may malfunction along the way. Although more developers of autonomous driving systems are boasting of their incredible technology, we cannot possibly rule out the fact that their system may experience a glitch at any point in time. Updates in the basic programming of self-driving cars can, for example, initiate a collision with an object or even cause a greater misfortune for the car owner.

3. The Infrastructure for Licensing Self-driving Cars Are Not Yet In Place

Autonomous cars offer a problem for federal and state licensing infrastructure. Self-driving companies assert that their vehicles are safe, but their assertion is not the ultimate because there is also the part of the public to participate.

Also, all licensing companies that permit these types of cars must ensure that they perform as expected. We should be careful that our affection for these cars should not constitute a risk to the general public.

4. They May Impact the Economy Negatively

The progression from human-controlled cars to entirely driverless cars may present another difficulty. For instance, during the Industrial Revolution, steam power ripped off the job of millions of people in the textile industry. We are about to witness the same with the introduction of driverless cars in our society. Their inclusion in our roads may mean the loss of the job of most taxi drivers.

Also, self-driving vehicles would ensure that people who function at several parastatals that issue driver’s licenses would lose their jobs. Also, because driverless cars on our roads could mean that there would be a lower accident rate, the job of many car mechanics and insurance companies would be shaken, leading to the loss of more than 4 million jobs in its wake.

5. Could Eliminate The Pleasure of Driving

Many people derive immense satisfaction engaging their steering in the company of their most treasured family members and friends. When human-driven cars become a thing of the past and driverless cars come to take over, the joyride that many people experience may also go with automotive vehicles.

The premise of representing style and individuality when you win a car would also go away.

Even if we rule out all the technical questions about driverless cars, the question of morality and ethics would always linger. When the self-driving car engages in an accident, who takes the blame?

The truth is that there is not yet any legal provision and infrastructure that would help carter for such a case. Also, these cars may find themselves in a situation where they may be left with the option of who dies. For instance, should a self-driving car crush a pregnant but careless pedestrian or kill him to preserve all of its passengers?

Although the auto companies that are aggressively promoting self-driving cars all assert that their cars only have benefits with no disadvantage, using these types of vehicles would mean that you may have your data hijacked by malicious hackers. While many of the auto companies would try their possible best to bridge their shortcomings, it is not a certainty that you’ll have complete data security with self-driving cars.

This is partly because your vehicle would communicate and receive signals from many data infrastructures. Also, your location is at the risk of being known by hackers and people you don’t intend to.

Generally speaking, autonomous cars can breed a plausible new wave of technological advancement and improvement in many people’s lives. These cars come with many advantages like increased rest time and productivity, and they may even effectively reduce the risk of driving accidents.

This, no doubt, presents a level of benefit to us. But the downsides of self-driving cars should also be stated clearly for all to see. With self-driving systems, we may witness lower data security issues due to the activities of hackers.

All in all, self-driving cars offer a whole lot of benefits, and some of the benefits may look like the kind of tech we are more likely to see in a sci-fi movie scene. And of course, we’ve read about their disadvantages also. But one thing is sure; Driverless cars would usher us into an explosive era we’ve never seen. There are many books to get more insights on this topic — affiliate link.

If you enjoy my stories and want to support me, please consider leaving a tip or buy me a cup of coffee at Ko-fi for $3. Alternatively, if you’d like to contribute to me on monthly basis, you can do so at either Ko-fi or Patreon.

If you enjoy writing, you can join Vocal as a creator to find your voice and reach out to a broad audience. I also write on Medium and NewsBreak.

Disclaimer: The original content was published on another platform.

Read next: My Thoughts on the Hyundai Sonata 2005-2010 NF Generation