My biggest mistake while learning to drive. 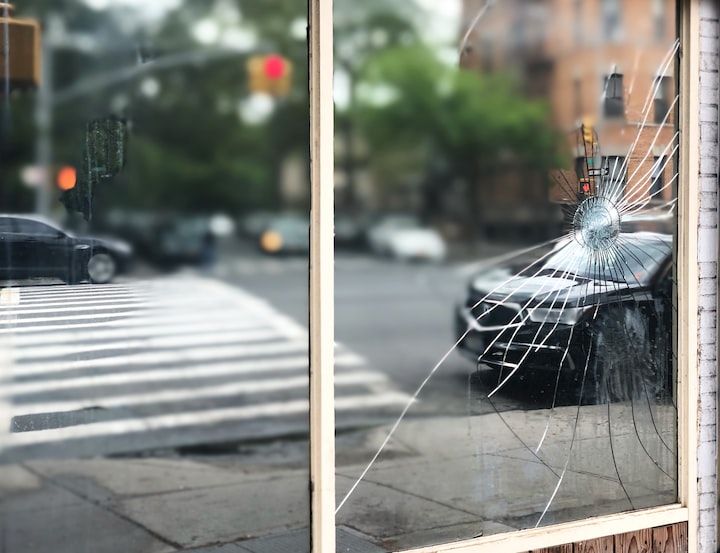 Photo by Lance Grandahl on Unsplash

It's astounding to me the way some people are just... "car people". I mean, don't get me wrong, I can appreciate the way some cars look, but... I've literally been on a date with a man who literally thought it would be fun to just drive me around in his (really not that impressive) car and looked at me each time he accelerated as if I was supposed to be excited by it. BECAUSE HE WAS. HE LOVED IT SO MUCH. My husband once watched a 19 minute long video on YouTube called "Big Engines Starting up" and he was legitimately entertained by it. I hated it. So much.

I just don't get how people think driving is fun or exciting. Even really fast or, like, really dangerous Fast and Furious type stuff. It just doesn't do it for me. I think they all need to get a safer hobby and maybe have some sex some time and see what it's like.

Sure, I loved my first car, but I couldn't tell you what I loved about it other than it was mine; it was literally the vehicle for my freedom, it played my music loud, and did a pretty damn good job not crushing me to death when I rolled it on the highway a few years later. I don't think I would have cared much what I drove as long as it was mine. I don't know what kind of engine my car has, I don't care about the modes it has, I barely care what colour it is as long as it's not sunshine yellow. Cars should never be yellow. It's not retro, it's not flashy, it's tacky.

So I'm sure you've gathered by this point that I'm not a car person. I mean, I appreciated being picked up in nice sports cars for dates at one time, but only because they went really well with my chic mini dress collection. I think my start with cars may not have helped with me liking them, though. Besides the rollover that caused me to lose my first trusty car, I have not been in much for accidents or fender benders... except, of course, the one that started my drivers abstract off with a real bang. Even before I had my own car.

I was fourteen years old, which, in my province, is when young drivers can get their learners permit and begin to practise driving (with a fully licensed driver present of course). I liked to practise my driving around town and my parents encouraged it as much as possible in the few months of the year when the roads arent covered in ice and snow. I think it was nice for them to be able to test out the "holy shit" handles in the passenger's seat to make sure everything on that side of the car was in working order. I was having quite the distressing day in my very important fourteen year old life; my boyfriend was at work and not able to reply to my text messages every 40 seconds, and my best friend had just told me not to talk to her over IM. My mom called down for my sisters and I to come to the grocery store with her and said I could drive.

I ranted to my mom and younger sisters as I drove about the audacity of my friend to change her screen name to the same My Chemical Romance song as me while pulling into a parking spot right in front of the front windows of the local video store. Just as I was getting down to brass tax on "Helena", my mom interrupted my lament.

I slammed on the brake.

It was the gas.

My mom's SUV jumped over the curb and right into the aluminum window frame with the glass from the window raining onto the hood. The woman working in the video store at the time apparently thought someone had come for the revenge of the late fees, because we watched her hop over the counter with what can only be described as Olympic skill, and sprint for cover in the adults only section. I turned my head slowly to the right to see my mom staring straight ahead with a calm expression. Had it been a cartoon, I think this may have been the part where steam started spouting from her ears. She spoke through clenched teeth.

I took my time to make sure I had the right pedal and then slowly pressed it down. My mom yanked the gear stick into reverse, and I ever so slightly let my foot off of the brake until I felt us hop back off of the sidewalk. My mom then shoved the gear stick into park, sighed, and got out of the car. By this point what seemed to be the entire town of 7000 people were gathered around the scene. My math teacher, my friends' parents, my old swimming instructor, secret estranged family members, undercover cops... you name them, they were there. My sisters even did me the favour of running in to the store to alert my boyfriend to the situation *(he is currently sitting beside me watching our son on the baby monitor so I guess he didn't mind that he was dating the worst driver in town). Of course, to bring it back to the gold medalist inside, she had called the police when she was sure this was the standoff she had been waiting for, so once everyone had got a glimpse of me sobbing behind the wheel, the cops pulled up. They didn't arrest me, but they did make my dad drive over with the learners permit I left at home when I realized I hadn't brought it. My dad thought the whole thing was pretty funny when he pulled up parting the crowd of thousands. My mom still hadn't looked at me.

No one was hurt (just my ego), we paid for the glass, the store owner gave me a cookie to make me stop crying, and the video store was later turned into a dollar store. So really, I think we can all agree Netflix was to blame for the most damage done here.

To this day I can't tell you how or why it happened, which is why I'm pretty sure the car is to blame and the moral of the story is you can't trust cars.

Unless they're sports cars driven by rich men and they match a chic mini dress collection.

how to
Hannah B
Read next: 'Stop! We're Going to Crash'
Hannah B

Currently working on a challenge for 2020 to complete a piece for every community on Vocal!

See all posts by Hannah B →