by James Crawford 6 months ago in self driving

Just my thoughts on how I see the future of automobiles

Self-driving cars as a concept have been around for quite some time. As a tech/programmer/dev nerd myself, many doubts arise about the consistency with autonomous driving. Anything can be hacked, especially once it's "opened" (even with security) to the World Wide Web.

Yes, even with worries of being hacked, the pros are very intriguing. Tesla owner stats are showing 6x better driving results with autopilot on compared to autopilot (along with all/most safety features) disabled.

The benefits of autonomous cars

Why am I pro-autonomy? Once this is mostly rolled out by Tesla and/or other automakers, here's some benefits we'll reap from:

When you have cars driving themselves with an "always-on" LTE (or newer) connection protocol allowing instant communication, it's pretty easy to avoid each other. Instant communication results in instant avoidance as well as instant alerts of other traffic causes (i.e. bad roads, detours, animals and/or other debris suddenly appearing on the road, etc. etc.).

The only humans will be able to communicate at this level is probably once we have BCI (Brain Computer Interface) implants. This will allow for much faster human-AI and human-human communications since we'll all have higher throughput with this new technology.

By having cars driving themselves and car ownership being transformed into a car sharing and subscriptions, less parking space will be needed. As we begin sharing vehicles, this means less cars will be sitting around doing nothing which trickles down into less parking spaces needed for the smaller amount of unused cars. In fact, once all cars are autonomous, I can see the only times cars needing to "sit around" is during charging sessions. Then again... maybe solar-electric cars will become powerful/efficient enough that they don't need to stop and charge... they can simply "run off the sun".

As mentioned above, car ownership costs (financing/leases, insurance and maintenance) will be replaced with recurring subscription models. Such models are nothing new; we already use these with entertainment services like Netflix and Spotify. With complete (if not, mostly) autonomously-driven vehicles will result in cheaper insurance, which will (if done properly) be baked into your net monthly subscription cost.

When first rolling out, these models will need be a bit pricey as autonomy is fully rolled out just so potential accidents and such are covered. However, as self-driving cars become the norm, these monthly costs will drop; resulting in cheaper and cheaper monthly subscription payments for access to transportation. Also, this will remove the headaches of owning a car, as you're now paying automotive companies to look after their vehicles and everything for you. Just like how you pay Spotify for music and Netflix for movies/tv shows. There's a lot of costs with running said services (servers, proper networking and other major operating costs), but you don't have to worry about any of this. All you have to do is pay "n" dollars/month and start binging your favs.

With decreasing amounts of accidents and smaller amounts of autonomous vehicles needed, traffic will also plummet. Once this happens, speed limits will increase as autonomy becomes the standard in more and more areas. You're probably thinking "Why in the world would you ever want to increase the speed limits? Won't this just ramp up the percentage of accidents all over again? Putting us back at square one?!?" Yes, with current conditions, accidents would grow exponentially higher in denser traffics areas if speed limits were raised. However, with constantly-communicating technology that is autonomous vehicles, they will be able to instantly start up and slow down.

Normally, when you have one human driver slow down for any reason in any level of traffic, this causes a ripple effect due to the delayed reaction speeds us human beings have. On the other hand, with self-driving cars, when car "a" starts breaking/speeding up then all cars behind this car will instantaneously begin breaking/speeding up. Traffic will no longer become a soul-sucking cesspool but more like a flock of birds asynchronously moving as one. 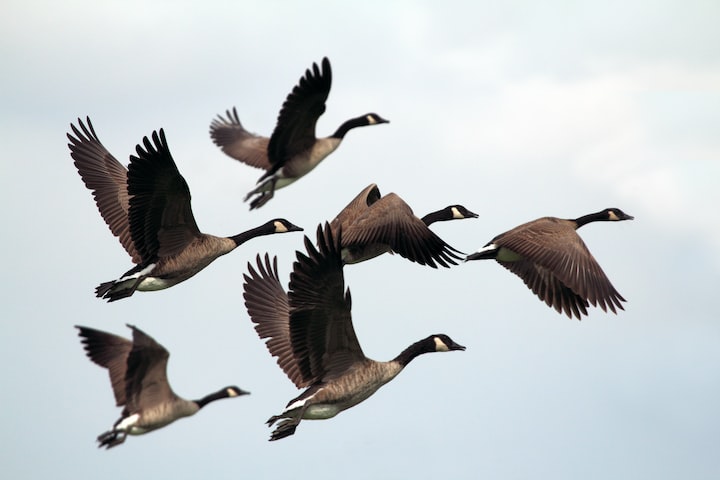 By Gary Bendig on Unsplash

Another reason why I think we'll be moving between places quicker is due to the organization known as The Boring Company. Even excluding the fact that Elon Musk & Tesla are also involved with this, what this company's attempting to accomplish will also allow for quicker one-way transportation. Why go only highway speeds, when you can safely go racing speeds from one location to another in one-direction tunnels?

Just to show I'm not "off my rocker", Zac and Jesse from Now You Know also show similar predictions with autonomy in their "Our Autonomous Driving Future" series. They've recently been re-publishing their YouTube episodes due to additional exposure from their growing channel. Surprisingly, their initial predictions from 2017 were still pretty good with the rapid acceleration in electric/self-diving vehicle adoption and development:

Danian Lee
about a month ago