Top 17 incredible facts about world you should know

by Hanifa Akhtar 13 days ago in fact or fiction 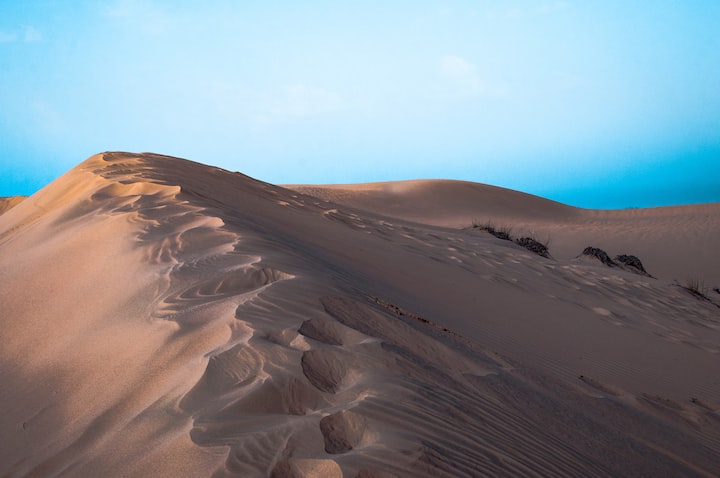 This should undoubtedly be included among the world's cutest facts. The world's tiniest bats (and mammals) live in the limestone caves of Sai Yok National Park. Isn't it adorable, despite the bat soup jokes?

The specifics get even cuter: they can reach 33mm in length and weigh just 2g. It's just 1mm larger than the 50 cent coin in Singapore!

Kitti Thonglongya, a Thai biologist, discovered them in 1973 and gave them the name Kitti's hog-nosed bat.

2.With 89 million visitors a year, France is the most visited country in the world.

Based on Singapore's famous travel destinations, I believe the most visited country is either Japan or Thailand.

Surprisingly, before COVID19 put travel on hold, France was the world's most visited country. Many travellers pass through the city of love on their way to Italy and Spain, in addition to exploring it.

Is France on your list of places to visit once the borders are reopened?

3.In Ethiopia, you're still seven years behind.

One of the most mind-boggling truth about the planet is that Ethiopia was just four months into 2012 when we accepted 2020.

Travelers, fortunately, are unaffected by the disparity when they are there. Ethiopians today are familiar with the Gregorian calendar and use it interchangeably. However, if you hold receipts for reimbursements, the date printed on them can make it seem as if your trip took place years ago. But don't worry; all you have to do now is convert the dates!

The most striking variations are the annual holidays: Ethiopians observe New Year's Day on September 11th and Christmas on January 7th, unlike the rest of the world (in Gregorian calendar).

4.Thailand celebrates the monkeys with a festival.

Guy wearing a monkey on his shoulder Thailand - Interesting Facts

This festival in Lopburi honours the monkeys in a Monkey Buffet Festival every last Sunday of November.

According to Sanskrit legend, a brave Monkey assisted Prince Rama in rescuing his bride-to-be from a ten-headed demon.

The Phra Prang Sam Yot temple's resident monkeys are fed 4,000 kilogrammes of fruits, vegetables, and Thai desserts — what a feast! Locals dress up as monkeys and perform for their honoured visitors while they eat their royal feast.

The public is welcome to attend, but visitors should be aware that the monkeys can become violent and will snatch everything they can get their hands on!

5.In Sri Lanka, you will go on a safari.

Kenya isn't the only place to go on a safari — there's another location closer to home that's half the price and has its own collection of incredible wildlife!

Asia's very own Safari is less than four hours away in charming Sri Lanka. Elephants, leopards, and even marine birds can be seen on the open plains of Yala National Park.

Between March and October is the best time to visit since the water levels are lower and more animals come out to drink.

The annual sightings of migrating Blue Whales are another fascinating aspect about Sri Lanka. Observe the world's largest animals feed on krill in the Southern Coast from December to April.

Whales often congregate in the waters around Mirissa. On your way to Yala National Park, you'll pass through town, so stop in for some whale watching before your safari adventure!

6.There is only one time zone in China.

Beijing Guide to the Great Wall

If the sun rises and falls at the same time for everybody, having a single timezone is perfect. People in Xinjiang, on the other hand, are only starting to watch the sunset as Beijing prepares to go to bed at midnight.

That's incredible, considering China is about the same size as the United States and has six time zones! It's worth noting that China didn't always run on Beijing time. Chairman Mao Zedong made the decision to create Beijing Standard Time in the name of national unity in 1949.

There were five recognised timezones that were five and a half to eight and a half hours past Greenwich Mean Time before that, in 1912.

Working in a single timezone is fortunately just a minor annoyance for the Chinese. Travelers planning a backpacking trip through China should be aware that their body clocks can become confused.

7. In the Sahara Desert, it snows.

Deserts are noted for their low precipitation levels. And, if rain is uncommon, wouldn't snowfall be even more so? In 2018, the unthinkable occurred when the Sahara Desert was blanketed in white snow. The snow, however, only lasted a day before melting in the hot sun.

The first snowfall was in 1979, and it lasted for about half an hour. Despite the fact that temperatures drop below zero at night, the lack of moisture makes snow production nearly impossible. But who knows, maybe you'll catch a glimpse of it on your next trip to the Sahara!

8. Sudan has the most pyramids of any country on the planet (not Egypt)

While Egypt and pyramids are almost synonymous, did you know that Sudan also has pyramids? Nubia, a Sudanese country, has 255 pyramids, which is more than Egypt!

The Nubian pharaohs fled to Sudan after ruling Egypt's 25th dynasty, establishing the Kushite kingdom and introducing Egyptian culture into their new capital.

The Nubian pyramids aren't as well-known as the Egyptian pyramids. So there's a good chance you'll have the pyramids to yourself!

The most satisfying of the four key sites is Jebel Barkal. The pyramids are well-preserved and are situated next to a small mountain. Climb to the top of the mountain just before sunset for spectacular views of the Nile!

9.On the same island, you can find both sandy beaches and snowy mountains in Hawaii.

This is one of the world's most interesting facts — save the best for last!

Although Hawaii only has two seasons (summer and winter), it has eight of the world's thirteen climates! The temperature seldom rises above 32°C or falls below 16°C at sea level, although it snows often in the Mauna Kea, Mauna Loa, and Haleakala mountains!

10.You may order Macs on skis in Sweden.

You don't need a vehicle to order from the drive-thru in Sweden. You will, however, need a pair of skis.

Everyone gets the Macadee munchies, particularly when it's below freezing and you're wearing boards on your feet. That's why, since 1996, Sweden has blessed skiers with McSki, the world's only ski-thru McDonald's! After a long day on the slopes, nothing beats a package of nuggies to warm you up.

11.Coca-Cola is only available in two countries around the world.

You can believe that Coca-Cola can be found anywhere in the world, but North Korea and Cuba have been subject to US trade embargoes since 1950 and 1962, respectively.

North Korea, on the other hand, has developed its own dark-colored drink. Ryongjin Cola, or ‘Cocoa Sparkling,' is the name given to it. Does it have the same great taste as the original, despite the red packaging and cursive font?

12.The brightest rainbow in Colombia can be found in its river.

Rainbows are usually seen in the sky, but the Cao Cristales, also known as the "River of Five Colors," shines brighter than any rainbow.

The Macarenia Clavigera, a plant that lives in the riverbed, gives this beautiful river in Colombia's Serrana de la Macarena National Natural Park its multi-colored beauty. The best time to visit is from May to November, when the river weeds are in full bloom in shades of yellow, blue, green, and red. Since the waters are shallower at this time, more sunshine reaches the plants, giving them a lighter hue.

13.Previously, the Sahara Desert was a tropical rainforest.

Is it the Sahara once more? This one, believe me, is extra cool.

The Sahara Desert is recognised for being the hottest desert on the planet. This dry land was once a dense rainforest with thick trees and abundant rainfall only 6,000 years ago.

We didn't get to see the Sahara in full bloom, but future generations will. If the planet survives the next 10,000 years, the Sahara will look very different due to the same constant shift in weather patterns.

14.Macchu Pichu is a city designed to withstand earthquakes.

In Peru, this ancient Inca town sits on top of two fault lines. That means earthquakes were a foregone conclusion. So, how did they make it through?

Indeed, the Incans developed a genius engineering technique known as 'ashlar masonry,' in which rocks are cut to fit together perfectly without the use of mortar. During an earthquake, this caused the stones to shift in its place before returning to their original positions. Is this genius or what?!

15.From Russia to Alaska, you might walk (on ice)

The Bering Strait connects Russia and Alaska. When it freezes over in the winter, you can travel through it, with the shortest distance being 3.8 kilometres.

But just because anything is feasible doesn't mean it's legal! Alternatively, be safe, as the ocean winds are bitterly cold and the ice beneath you can change.

Two explorers set out from Alaska in 2006 on foot to cross the frozen bridge. They travelled 90 kilometres in 15 days before being arrested in Russia for breaking immigration rules.

This is one of the more recent world realities. In June 2020, San Francisco's beloved Golden Gate Bridge began speaking out against changes to the bike path's railings. Quite literally.

Residents in San Francisco have confirmed hearing strange noises from a distance of many kilometres!

17. In Tainan, there is a true Spirited Away bathhouse.

Jiufen, Taiwan is famous for being the mountain village that inspired Hayao Miyazaki's Spirited Away. Down south in Tainan, however, there is a real-life replica of the famous bathhouse.

The Breezy Valley Guesthouse is located in the Breezy Valley Art Village. It's eerily similar to the famous bathhouse, particularly with Yubaba greeting you at the entrance — don't offend her or she'll turn you into a pig!

If you're a huge Miyazaki fan, make sure to visit both locations on your next trip to Taiwan!