by Patrixia Donne Abrera about a month ago in culture

Manila is the capital of the southeast asian country, the Philippines. Located in the National Capital Region of Luzon, one of the three main islands in the country. 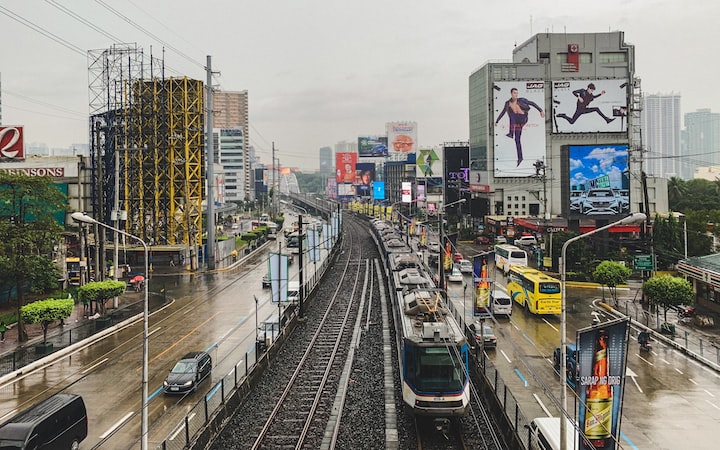 Photo by Eugenio Pastoral on Unsplash

I was born and raised in the Philippines. Manila, the very heart of the country, the country's capital, lies a small town called Muntinlupa city.

Why am I telling you this? Because I was born in an era where back in the days, people my age used to play outside with a game of mini cards they call text, play spinning top on the streets, watch cockroach fight in a barbeque stick, watch spiders fight in a matchbox, collect and play marbles, play catch on the street, and who would ever forget the infamous race car Tamiya, or the dueling cards called Yugi-oh, or the cool hybrid top called beyblade and alot more.

I can go on and on about toys and things 90s kid as a kid but that's not what I'm writing about. And also, I'm not one of those kids.

I'm the kind of kid who's very observant. I observed it all. I heard it all. Even as a kid, I was logical, analytical, I spend minutes or hours building scenarios in my head about what could go right and how to make it right. These are the things that I regret the most thinking of what I should have been done when I could have just done it.

I built scenarios of who may end up winning, I analyze people of what could they have felt or been feeling right now.

So, anyway, I was suppose to paint a vivid picture of my hometown and what makes it so special. Special in a way not only to me but to every person dwelling in it. I just gave you a brief background about me.

As a native in Manila, foreigners would always be entailed to ask you as where is the best place to go and hangout. When you think of traveling, the first thing that ever comes in your mind is to relax, forget, and just live for the moment.

Ironically, People would always want to take a break from something, whether a toxic workplace, a busy workday, a toxic relationship or a family problem, they wanted a new scene, they wanted to go in a place wherein they could escape life.

The thing is life is uncertain and people shouldn't travel just to break-free of something or to escape life because that is not what traveling is supposed to be and definitely not a very good reason to go to Manila.

Manila is full of chaos. The everyday traffic jam of what's supposed to be a 15-20 minute travel can go on 1-2 hours not to mention the everyday hustle of chasing buses, jeepneys (a public transportation used for commuting in the country) trains and taxis across the highway just to catch a ride to go to and from work.

Manila is chaos. Don't get me started with thieves in every town, suburbs and city, not to mention, foreigners have to be wary because natives tend to price higher on valuables when they sense they're not from town.

Manila is full of chaos but the thing about this place is that the people never gives up. The people will never give up on what they fight for, whether it's their dreams, their family, survival, they will always find a way to regain back hope in their lives and if you're lucky to meet one of them, they might just instill and enhance that hope in you.

Manila had a bunch load of scammers; people are sly and cunning, but only because of the difficulties they face everyday, they strive to make a living. Not every one was raised with a lucky fortune, most really have to put in their sweat and blood just to get by the day and feed their families which won't even get them through the day.

But here's the thing about the people in Manila, even if they had none when they see someone in distress, they will throw themselves out there just to help whatever they can offer in any way they can.

So, Anyway. I'm not here to discourage you about Manila but I want to talk to you about reality.

If you're thinking that I will be giving you a picture of holidays, traditions, cultures that we do in my hometown, Nah, that's just too cliche. We're humans, We have different religions, we believe in God, gods, we have different spirituality and we accept that.

Some celebrate Christmas, some Hanukkah, some don't and that's okay. We only have one country in a big city in a small town with different beliefs and cultures and we respect that.

If you're thinking I'm going to paint a picture of my favorite place or hangout spots then you're wrong again. Piece of advice, If you really want to go to a place, then don't ask for advice, go and discover the place on your own. You might just be surprised of what you will discover.

A place is just a place, an ordinary one with no memories on it. So, if you ever find yourself going to a new place, create memories, make a new one. Don't plan too much. Go in an impromptu. Don't go there to relax or escape life. Go there because you wanted to. Blend in. Be one of them.

I want to paint you a picture of what my hometown really is. It isn't easy. It's difficult but the people are striving to make it as perfect as possible. Money and Resources is not what brings them together.

For the people in Manila, Money and Resources makes them happy and who doesn't?, but what keeps them strong, standing and alive are their family and friendships. Their values and beliefs are so strong that no one can ever break through them.

Let me tell you a secret, If you're one of us and you did good, like really good, the whole country will celebrate your success, wherever part of the country you are at. As for the people, success of one is the success of the country as well.

If ever you find yourself booking a flight to Manila, you will find friends in an unexpected places, maybe quite a few in one day. Friendships that can last long for a lifetime.

The people in Manila never forgets a face. Friendships can easily become family. And if you're family, you don't get to be left behind.

As an old saying we have "United we stand, Divided we fall." As to this day we still live up to it.

I AM A MANILENO. I AM A FILIPINO. I AM PROUD OF IT.

When you do decide to visit, Try one of our dish. Here's one to taste:

One thing people would not want to do is mess with a good story.