by Chloe Gilholy 14 days ago in activities 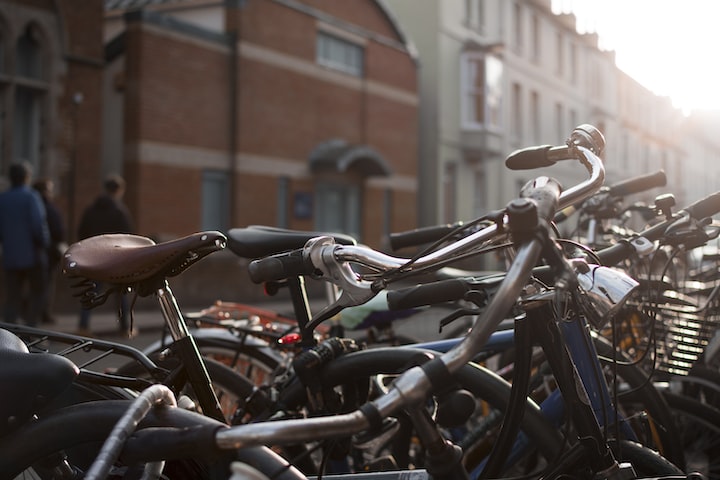 Photo by Nick Gordon on Unsplash

The Covered Market lies within the heart of Oxford City Centre. It is an indoor market that has made it's place in Oxfordshire History for showcasing local talent and independant stalls. The video on it's website claims over 50 shops do buisness in their premises. I know it has a lot of shops, but I was gobsmacked when I saw this. I didn't expect there to be over 50 places.

I actually counted them myself when I looked at the site and it is indeed acurate. The 55 shops includes little cafes and stalls. I never realised how many businesses there were packed together in one place. It's a nice indoor shopping place and something worth having a look round if you're in the Oxford Area.

I think the interior of this place is really beautiful. I love the traditional feel to it because in my opinion it really adds to the atmosphere. It also helps make the little shops stand out. With more than one way to get in and out, I felt that it was a bit of a maze at first but I did get used to it the more I visited.

However sometimes I do get disapointed when I'm looking for a particular shop only to find that it's not there anymore. I hope that it can still survive after the lockdown is finished. Market places seem to be dying, but it's so great to see this one still going. Such as the little sushi bar and the pet shop that used to be there. However, I think this is a really pretty looking place especially the shiny fish and the colourful fruit.

Can't say that same about the fragrance from the fishmongers though.

Being only twenty minutes away on the train, I tend to go to Oxford quite a lot and also like coming here. What appeals to me is that I'll never know what I'll find in this place. I could come in one day and all the shops are different although the shops have been pretty consistent when I've been there the last few times.

I actually haven't bought a lot of stuff for myself other than various blends of teas. I do however buy a lot of stuff there for other people. I recall buying a Donald Duck plushie for £3 which I thought wasn't that bad considering it was in a very good condition.

Cardews and Co. is one of my favourite places there. I love tea and coffee and I'm interested in trying different blends so the shop is a dream come true for me. They've got a massive selection of blends and various types of tea. They also sell the Pukka brand too which do a lot of flavours that I'm quite fond off. It was in this shop where I was introduced to it. There are some places were you can sit down and eat. I reccomend Browns Cafe for the full experiance but Brothers and Georgina’s are decent too.

Oxford Souvenirs has your typical touristy and gift stuff. Though I don't quite understand why there's a I Love London top when it's in Oxford. Sure it's possible to love both Oxford and London, but I think selling I love Oxford tops would make more sense. Red Opia, East to West and Dragons Den have some gorgous stuff. Lots of oriental and asian stuff that would make a perfect gift.

I highly reccomend Moo Moos for their delicious milkshakes and extensive menu. It really stands out with it's pink and white stall and long queues. Whenever it's open it always seems to be busy. Their Areo mint milkshake was delightful though I am curious how tic tacs and starburst fruit would dwell in a milkshake. Perhaps the next time I go, I'll try a liquorice allsorts milkshake just to see if it works. They do smoothies and ice cream too. I for one, really enjoyed the red devil smoothie.

The clothes in the shops are lovely, but they are on the expensive side. But I think it's worth going to Fresh to have a look at the admire vintage clothes. The prices in Fresh start at £29.99. There are some other shops that do some vintage style stuff that were on the expensive side too. I wanted to buy this pretty teacup but for £60, I thought No Thanks.

There used to be a little pop-up sushi bar in the Covered Market. And the food and service there was lovely and the prices were good too. It's a shame that it's no longer there. I don't know what happened to it really.

I assume that the business either went down or simply moved to another location. Apparently there used to be a book shop here but it's no longer there. I think that's a shame.

I think if Covered Market had a dedicated place where you could buy books or retro records then I think it would attract a lot more people in there. I know they have a charity shop in there, but it's not the same as a book or record store. There was also a nice pet store that I went to a few times where I bought stuff for my cat and my friend's dogs, but that also closed down.

I would reccomend this place for sure. It's worth having a look at. Whilst there are a lot of expensive stuff out there, there are some bargains to be found. I tend to drop by on most of my visits to Oxford. It's a great place to buy some quirky stuff and some pleasent foood and drink. If you've got the money you could splash out on the leather bags and shoes and other vintage delights. I would reccomend going there and I've brought my Aunt and friend to this place and they both though it was an interesting place.