Is London Heathrow Airport the largest airport in the world?

by Beth Harmon 2 months ago in travel tips

London Heathrow Airport is one of the largest airports in the world. It consists of five terminals and has been in operation for over 50 years. 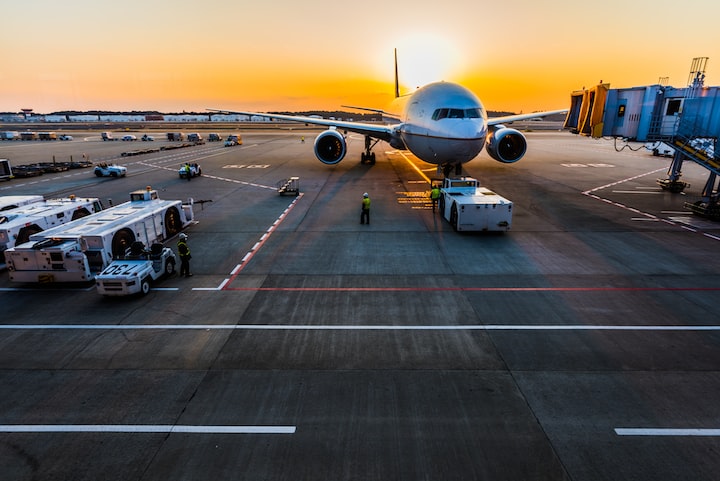 Photo by VOO QQQ on Unsplash

London Heathrow Airport is one of the largest airports in the world. It consists of five terminals and has been in operation for over 50 years. It is the main hub airport for the United Kingdom and serves destinations around the world. It is located just off the M25, 15 miles west of central London. Heathrow is easy to find and is a major access point to London and its surrounding areas.

More than 80 airlines fly to and from Heathrow. More than 190 destinations are available, and in 2011, more than 60 million passengers departed or arrived from one of the 203 gates. The airport is home to British Airways and its partner airlines. The airport is busy, handling 476,197 flights in 2011 and handling up to 190,000 passengers and many other visitors daily.

Heathrow has modern, advanced facilities. Terminal 5 was recently opened. This terminal has state-of-the-art baggage handling systems and the newest shopping facilities at the airport. It is the main terminal for British Airways and the airport with the highest passenger traffic. Heathrow is equipped to handle the largest aircraft, including the Airbus A380.

The shopping facilities are great. You have a choice of brands to suit every budget. From jewelry from Gucci to luxury goods from Harrods to sunglasses from Sunglass Hut. Designer clothes from Paul Smith, Ted Baker, Dolce and Gabbana. Shoes by Jimmy Choo and many other famous and exotic names.

At the time of writing, Terminal 2 is closed for renovations. You can be sure that when it reopens, it will be better than ever.

Traveling to and from London Heathrow Airport

Traveling to and from Heathrow Airport is easy. There are many options.

By car. Travel by car via the M25, M40, M4 from London and surrounding areas, with the M3, M1 and M11 connecting to the M25 and connecting you to places further afield. There is a large amount of long term and short term parking at Heathrow Airport.

Bus. Shuttle buses connect the terminals to Heathrow's central bus station. These provide connections to other Greater London airports, Gatwick, Stansted, as well as national and local bus networks and hotels. These buses run regularly and can be booked in advance.

Train. London Heathrow Airport is directly connected to the rail network by Heathrow Express and Heathrow Connect trains. Express trains run nonstop to Paddington Station every 15 minutes, with a 15-minute journey time. Connect trains stop at several stations and take 25 minutes to Paddington. From Paddington station, you have direct access to the Underground system, to London Paddington train destinations, and also to the other major stations in London. Heathrow's main station is located between Terminals 1 and 3, and there are stations in the basement of Terminals 4 and 5 that connect to Heathrow's main station.

Underground. The Piccadilly line has a direct connection to Terminals 1, 3, 4 and 5. The journey to central London takes between one and one and a half hours, depending on the time of day and the terminal. At peak times, travel time can be longer.

Cab. Cabs are available at all terminals. London black cabs are licensed and are the traditional cab in London. Non-"black cabs" or private minicab cabs may be cheaper, but must be booked in advance. The airport also has its own private chauffeur service for added luxury and style. Between Terminals. You can travel between terminals by subway, cab, shuttle buses or on foot. Since this is a large and at times busy airport, walking is only advisable if you have a lot of time and want to get some exercise.

Cycling. There is a network of bike paths to and from the airport. There is free parking for your bike at Terminals 1, 3, 4 and 5.

There are many car rental companies in London Heathrow. It is worth booking in advance as it can be expensive or impossible to get a car at short notice due to the large number of people using this airport and the popularity of London as a destination, especially during major events. Car rental counters are located in the arrivals area of each terminal. Brands such as Hertz, Avis, Europcar, National, Alamo, Enterprise, Budget, Sixt.

London Heathrow Airport is arguably the busiest airport in the world. Sometimes it can feel like it. It handles a very large volume of long-haul international traffic. As a result, a significant number of people can be arriving and departing at the same time, causing congestion and bottlenecks at both check-in and immigration and baggage handling. Be prepared for potential chaos, which is usually short-lived. This is always a good excuse for a coffee, tea, juice or something stronger. Since Heathrow is one of the world's major hub airports and is served by all major airlines, you can be sure to include Heathrow in your itinerary no matter where you are or where you want to go.

Receive stories by Beth Harmon in your feed
Beth Harmon
Read next: How To Plan The Perfect Trip To Maldives