I Left My Heart in A Provincial Town

A love letter to the only place that’s ever felt like ‘home’. 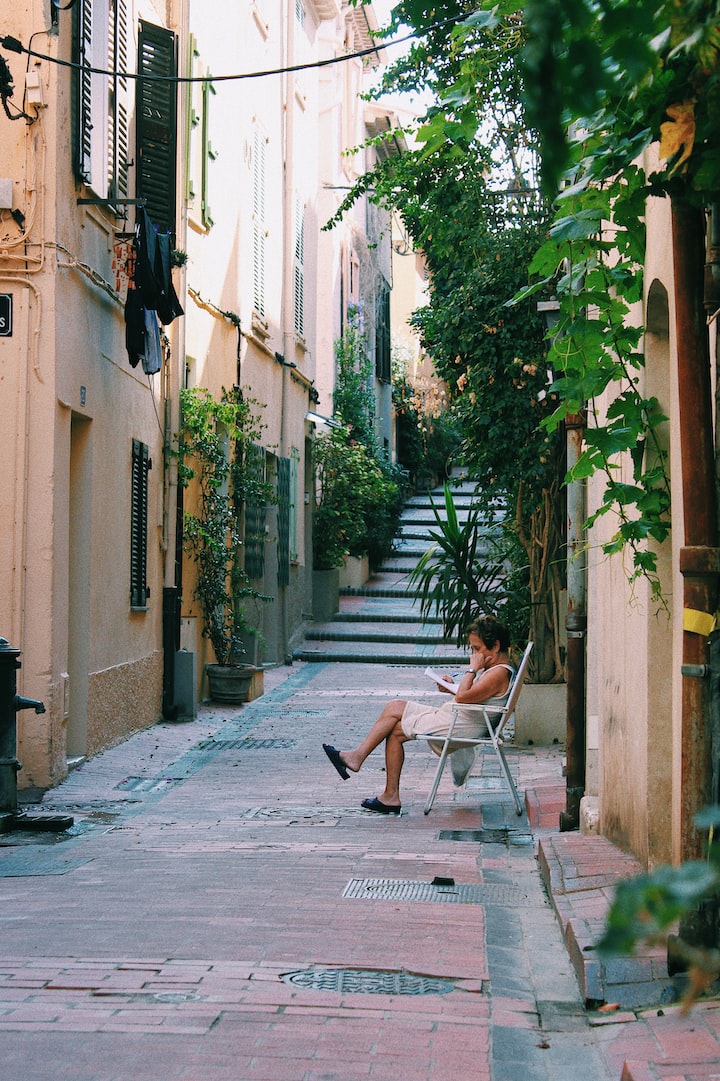 Photo by Lidija Jakovljevic on Unsplash

Whenever I’m asked where I’m from I say ‘Oxford’. It’s a lie, really. I was born in Milton Keynes, and spent the rest of my life escaping the place. (For context, the most interesting thing about Milton Keynes is that it has 130 roundabouts — “and that number is growing tall the time” according to the MK tourism site.) The happiest of my childhood was spent in Oxford, but to this day, it has never managed to feel like home.

The only place to have achieved that esteemed place in my heart is a small town on the French Riviera called Antibes. I spent four years living in this lively little bubble, absolutely brimming with yachties and ex-pats, but retaining of its frenchness and charm. I lived alone for the first time in my life, in a foreign country, with my little dog, and not once did I feel like clicking my heels together and saying “there’s no place like home”. Because despite having no family nearby, not ever managing to become fluent in french, I was already there.

A Picture Speaks A Thousand Words

Now, contained to my (admittedly cute) home in Denver, it’s Antibes that I long to get away to. The remparts that wind their way along the edge of the town, where the sea crashes against it. The bars that always have a familiar face in them. Le Marche Provençal with it’s overpriced tapenade. All of it.

The average crowd hasn’t heard of Antibes, unless you’re an art aficionado or have something to do with the yachting industry, it may not make it onto your must-see list. The Picasso museum is the biggest attraction, and to be truthful, it’s quite small.

A day in Antibes is ideally spent lazily, drinking wine with friends, laughing in the sunshine. Wander the beach (lovingly known as toilet bowl beach), sit at a bar where the seats don’t sit straight on the cobbles, and retreat to a balcony that looks down on the burbling town.

Fun fact: The above photo is actually the street I used to live on. Rue Sade.

If you ever do make it to that part of the world remember that the small towns along the Cote D’Azur are the best ones. Monaco, Nice, Cannes — they all have their attractions, but back street boulangeries and cobbled streets are where you’ll find glimpses of french life.

A Pause on the Train

To many, Villefranche-sur-Mer is merely a view from the train that spans the coast. A pause in a journey going somewhere between Ventimiglia and Marseille. To me, this inconsequential tiny town, is truly postcard perfect.

If you can tear your gaze away from the glistening waters, perpetually dotted with little sailboats and super yachts alike, look up and inland. The town is stepped into the hills behind it, almost as though the houses tumbled down by accident.

Wherever you eat, you’ll probably devour fresh seafood and incredible wine. You’ll eat outside, with the lap of the water as the soundtrack to your meal. The sunset will paint the sky with pastel pinks as dusk sets in. It’s not a big place to explore, but a charming one. I highly recommend you finish with an ice cream as you stroll along the sea front.

The aforementioned coastal train has many, many, beautiful stops. I can still hear the SNCF chime when I think back to standing on the platform. ‘Le train TER numero quatre-vingt-six mille-deux arrivé a voie deux.’ The tannoy in my ears almost always signalling an adventure.

One such adventure that I regrettably only took once was to hop off in Eze-sur-Mer. From certain places in Eze, you’ll have a view of three nations: Italy, France, and Monaco. I’d advise arriving early to witness the labyrinth of this hilltop medieval village come to life. A cafe will spring forth around every corner, ateliers and artistes are tucked behind stone archways, and a moment of stillness can be had in the Botanical Gardens.

A far cry from the glitzy feeling of Cannes (especially during the film festival), and from the Disneyland-esque unreality of Monaco, the tiny towns of the Cote D’Azur are spectacular little mazes. Mazes I’d love to be lost in right now.

NB: The title of this piece originates from a song by The Cribs called Shoot the Poets - highly recommend a listen

Copywriter with an affinity for food, rooftops, travel, and circus. Instagram: @laurenrosebaer

See all posts by Lauren Baer →