Have you ever smelled Las Vegas?

CMS
by Charlotte Manley Salyer 9 days ago in america

Taking a whiff of Sin City by Charlotte Salyer 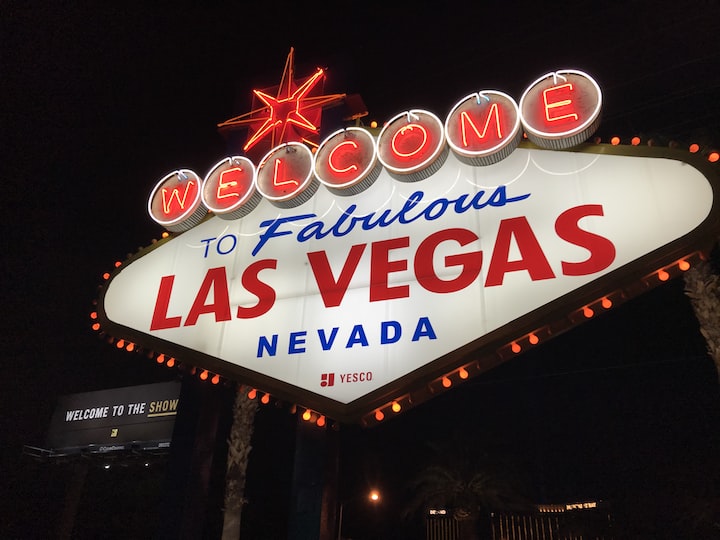 Photo by Guido Coppa on Unsplash

I have been feeling bored lately. And I have discovered that sitting around all day isn’t easy. Even the television seems to have been taken hostage by a virus, but this one is made up of political mumbo-jumbo that is as unpleasant as long nails raking across a chalkboard. Because I live in in Las Vegas, however, I have options. So, today, I will choose to take a drive downtown. As many of us have discovered experiencing the pandemic from our couches has been a touch unnerving these days, and there are times that one must roll the dice so-to-speak. So, I mask up, make sure I bring hand sanitizer and a little cash, and head to one of the places I enjoy best. First, let me tell you, I am head over heels in love with my town. I still awe at the tacky décor and the glow of each light bulb. The sights, the sounds, and the smell…

The short drive to downtown allows me to reminisce a bit… My family first started coming to Las Vegas in the late sixties. I was young then. I remember one warm night my dad drove our big Belair up and down Fremont Street to show us kids the neon lights. Hanging my head out the window to take in the view, I recall feeling the warm dessert air blow through my hair, as the scent of the city seemed to imprint on me for life. Throughout the seventies, my family often stayed at Circus Circus. It seems like yesterday, climbing the ramp leading up to the big top, shopping at the magic store, and taking in every arcade game. And there was the smell… cotton candy, popcorn, and corn dogs.

Of course, most of my memories are permeated in cigarette smoke, something that many baby boomers remember well; mom and dad smoking in the front seat while us kids chattered and fought in the back. Our road trips would often last for hours, without even one window rolled down for fresh air. Surprisingly, no one seemed to care. I recall many return trips from Las Vegas. While we were missing seatbelts and much of our cash, we were rich in smoky Circus Circus stuffed animal prizes and happy memories. Years later, my husband and I spent our honeymoon here, and over the years we have enjoyed plenty of 99 cent footlong hotdogs, shrimp cocktails, and banana splits on Fremont Street.

As I exit an exhaust fume filled parking garage, I am assaulted by a veil of sewer gas coming up from a grate behind one of the casinos. This takes me back to a time when I worked at Bally’s MGM Grand Hotel and Casino over thirty years ago. Each night on the way to work, I would cross from the employee parking lot, through the back alley, to the employee entrance at the back of the building. Right next to the door where many popular stars, like Jerry Lewis and Sammy Davis, would exit out the back to awaiting limousines. The last time I saw Jerry, he was holding a small white poodle under his arm. Anyway, I used to know just where to hold my breath and when to let it out, but those days are long gone. Funny, the things we choose to remember.

Just before entering the Golden Nugget, a whiff of marijuana wafts past me through the air, something new that will take some time to get used to. Heading to my favorite machine, the unmistaken sweet odor of a cigar stings my nostrils. Then the sound Elvis Presley, slot machines, and people having a great time fills my soul. A new steakhouse has just opened, and I can smell that too. My mouth begins to salivate. After a time, I exit onto Fremont Street, now an experience rather than a street for car traffic. I’m quickly accosted by fumes coming from a street artist spray-painting a night scene for watching tourists, while nearby a DJ plays Bon Jovi loudly. The atmosphere is bubbling over, filled with every sort of person imaginable.

I enter Binion’s and head towards the deli to get what can only be described as the best pastrami sandwich on rye with a scoop of potato salad ever. I know this because I have had it many times before. Ahead of me in line is an exceptionally large and heavily tattooed woman wearing a brown skirt and, what looks like, a beige bra, and only a bra. I can’t help wondering if wearing a bra alone has become acceptable.

“I love those stools and those chairs. Did you see those old slots stacked up back in the corner?” she asks the guy behind the counter with a bellowing voice. “I’d like to take one home and put it in my bar, with that chair right there,” she continues as she points past me. She then asks, “Do you have pink dogs? How I love pink hot dogs. I’m a Packers fan you know. Grew up in Green Bay.”

Smiling, the man behind the counter listens contently, then shakes his head.

I’ve never been to Green Bay, but how I admire the boldness of this woman.

The deli guy points to the menu overhead, but instead of looking up, the lady looks around him excitedly.

“Oh yeah, I’m so happy to see you’re cooking on a flattop.”

The man now smiles wide. “Yes, ma’am, and we got it seasoned just right. Would you like cheese on it?”

“Oh, yes. I like every part of the cow. I could just swallow the whole thing.”

A hamburger patty is thrown on the grill and a burst of steam rises in the air. It’s my turn to order now. As the lady from Green Bay exits the line, the scent of cocoa butter suntan lotion greets me like an old friend. It’s late fall, yet she is still wearing summer. Everything makes a little more sense now. It’s a bathing suit top and everything seems normal again…even if for a few hours.