From Norwich to New York City

by Siân Roche 2 years ago in student travel
Report Story

What I Discovered as a Brit Studying Abroad in New York 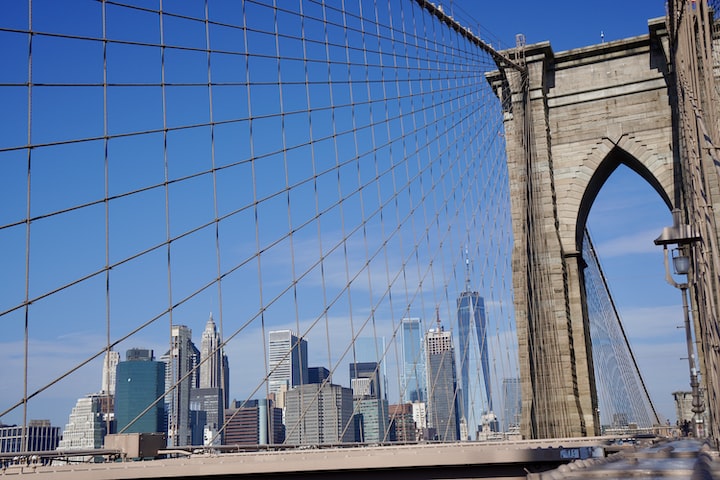 Photo by Vangelis Kovu on Unsplash

• There will be language barriers

Despite speaking the same language, I have still come across (admittedly minor compared to my friends from Finland and Germany, for example) language barriers. There have been a couple of instances where I’ve used terms common to the UK in conversation and have been greeted with confusion or a blank stare – most notably I was shopping in Target, looking for bin bags, and was told, much to my confusion, considering the glut of cleaning products surrounding me, that they didn’t stock those. Turned out they thought I wanted bean bags.

• Accents can (apparently) be deceiving

Having a fairly obvious Essex/London accent, albeit with a twinge of Mancunian, won't stop people from thinking you’re from all over the place – I’ve had people asking if I was from Australia, Wales, Ireland and Scotland. I truly wish I could imitate accents well enough for them to pass as Australian or Scottish, but I promise you, I cannot.

I’ve also discovered having the accent appears to give you the unofficial job of spokesperson for the UK. Nine times out of ten, after hearing I’m from the UK, people's next words (usually accompanied with a sympathetic grimace) are: ‘So, Brexit huh?’. More of a novelty, but I’ve also been asked to comment on the difference in size and stock between UK and US ‘Whole Foods’, the BAFTAs, Olivia Colman and Piers Morgan. If you’re wondering, the answers are: UK Whole Foods don’t hold a candle to US stores, they’re the UK equivalent of the Oscars, she’s a great actress and no, we don’t like him either.

• Google Maps and Atlas Obscura are your best friends

Google Maps is pretty obvious, but in a city you are relatively unfamiliar with, it can help you get from A to B, East to West, or even that Chinese place someone told you was “really great” on Eldridge Street (Shu Jiao Fu Zhou, for anyone wondering).

Atlas Obscura is less obvious, but just as useful. Of course, you’re in New York City, you want to see the sights, but you’ve already done the most touristy places: Times Square, Central Park, the Empire State Building and the Met – what next? Turn to Atlas Obscura, the website which offers ‘the definitive guide to the world’s hidden wonders.’ It will suggest places nearby to you that aren’t on the typical tourist trails but are just as worth seeing. I loved The Elevated Acre, a soothing and secluded garden area, nestled among the hubbub of the Financial District, with incredible views of the East River and Brooklyn Bridge.

• It’s okay to get lost, it can lead to the most interesting days

Something I love to do is pick a starting point and work my way back home, preferably on foot, looking at directions as little as possible. It’s an amazing way to explore your surroundings and get to know the city. It also allows you to come across amazing side streets with art, cafes and shops that you never would have found had you been following a regimented plan.

For every five minutes of a TV programme, it feels as though you get 10 minutes of adverts. One minute you’re enjoying a show, the next you’re bombarded with commercials, mostly for prescription medicines, which, they loudly and speedily inform you may lead to numerous ailments, diseases, and often, death. It certainly makes you appreciate the BBC!

Although I was lucky enough to make some great friends during my time out in NYC, I’ve learnt it’s just as enjoyable to do things alone. Whether it’s going to a show (Today Tix ticket lotteries are the best way to do this on a budget), spending all day wandering around a museum, as I did in Washington DC's Newseum, grabbing food or travelling further afield, spending time with yourself can be incredibly liberating. You are completely free to do what you want, for as long as you want, without worrying about others.

• Studying Abroad Will Enrich Your Life

Studying abroad has given me so many valuable skills that will come in useful back in the UK – it’s made me more confident, both personally and in my work, more independent and self-sufficient, and more open. I would encourage anyone to take a leap of faith and study abroad because you will get so much out of it, and an experience which will benefit you for years to come.

A journalist in the UK with a passion for news, politics, music, pop culture and anything that makes a good story.

More stories from Siân Roche and writers in Wander and other communities.