by Rick Martinez 15 days ago in europe 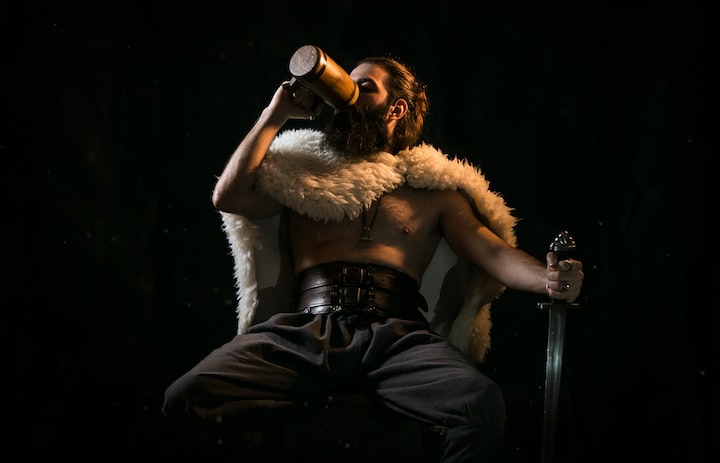 Photo by Gioele Fazzeri on Unsplash

Back in April of 2020, I came to Norway for what was supposed to be about thirty days.

So much for those initial thirty days.

But I have to say that living here has been one of the most beautiful experiences of my life. In fact, I'd say that besides having my kids and marrying my wife of 20-years now, Nordic living is easily one of my top life moments.

And trust me, there have been lots of those moments.

Right off the bat, one discovers that it's not easy to understand these ice-cold Vikings, but I will do my best to give you a handy guide. And to be clear, I don't mean "ice cold" as in they don't care, I mean literally because it's friggin' cold here. Often.

Especially if you're from California and Texas.

Norway is the way to the north. A land of fjords, beautiful scenery, and taxes.

Norway is one of the Scandinavian countries that sits just above Sweden and just below the North Pole. And while Norway is full of wonderful people and a beautiful country, Norwegians have some habits that will blow your mind. But for the locals, what I'm about to share is perfectly normal.

And for the rest of us, let's just say it could be the Viking version of culture shock.

1. On this Norwegian island, it's the law to be armed

Yes, you read that right.

It's the law to be armed.

On the Norwegian island of Svalbard, there are polar bears. In fact, there are more of these white fluff balls than humans. So that being said, you must carry a gun outside the settlement city limits.

Back in 2012, the island Governor decided that you must have a means to scare off the bears, which means firearms. And that also means that they're mandatory.

Unless you want to end up a polar bear dinner, that is.

After some time here, I noted that there wasn't the same kind of "hustle & bustle" as back in the US.

It isn't for lack of work or the desire to achieve more. Rather the opposite. It's for balance.

Then a Viking friend remarked to me one day that "Americans live to work, and Norwegians work to live."

In Norway, the drive to work overtime is almost non-existent, weekends are completely off, and around five weeks of paid vacation is offered to everyone. This probably has a lot to do with why Norway was ranked as the #2 country in the world to raise a family.

Makes a person kinda think, am I right?

Back home, we'll say "mmm" when we bite into a fresh, hot donut or sip on mom's homemade lemonade.

Here In Norway, the same sound is used in everyday conversation. The way we would use "ohhhh" or "ahhhh" is the way my Viking homies use "mmmm."

It took me a minute to "translate" that sound, and for a while, I wasn't sure why they made it. Until the day I did. It's simply a way of saying that they're listening and engaged in the convo.

Snus is the Norwegian take on a nicotine patch, and it's very much like Copenhagen chewing tobacco that we have in the states.

They are these little pouches of tobacco that the Norwegians put under their lip, just like dipping. Most bars and restaurants have little snus containers on tables where these can be disposed of. Sound a little gross, but you get used to it.

"Snusers" are basically everywhere, and I found it surprising that so many folks, men and women, were "snusers."

5. You're going to want to buy and wear one of those Norwegian sweaters

You may have even always wanted one.

These sweaters are heavy, thick, itchy, woolly, and mostly come in one of the characteristically Norwegian colors (blue, red, or white) and look like they may have jumped right out of a Christmas movie. The patterns on them could be straightforward, but more than often, they're quirky'ish but still super cool.

I have one. It's pretty standard color-wise, but it is heavy and warm. Plus, when I flip the big woolly collar up, I look like Count Chocula.

Pro-Tip: get one when you're here. You'll be the talk of the town when you wear it back home.

This was evident right away.

Walking around the local streets or even venturing into some shops and stores, you're not necessarily greeted the way you may be used to.

At first, I thought it was because I was a foreigner but later came to understand that it's their way to respect your space or sphere. I kind of like it, truth be told.

As a result, you may not strike up convos at the cafe or bus stop. But friendships are still established and are strong, deep, and taken very seriously. Some of my closest friends now are Vikings.

7. The land of the never rising sun

You'll cherish the sun in a way you never dreamt possible.

There are several months out of the year when the sun never rises.

It's called 'Polar Night,' and I can attest to cherishing the sun after living through one complete polar night cycle. It is literally dark, or night-time, 24/7 for several months. The only light comes from your flat, street lamps, and other usual sources when it's night.

And it's not easy to get used to.

We sometimes complain about the summer heat back in Texas, and we wish for cooler weather and sunsets. Sunsets bring the dark, and dark brings lower temps. But after not seeing the sun for many months in a row, I'd take that light and heat any day and twice on Sundays.

8. Things are wicked expensive, but you get used to it

A beer back home is about $2–4 bucks. Generally.

And a twelve-pack? Don't EVEN get me started. You're looking at $25-$30 for a standard Norwegian twelver.

It's a known fact. This wonderful Nordic country is one of the most expensive countries in the world, and when you realize it, you're going to think "WTF" and want to go home.

But after a while, you'll find that it's perfectly normal to pay crazy prices for a pint of beer in some pubs, big bucks for a loaf of bread, and gas (or petrol) can range from $6-$8 a gallon here in the north. And if that's not enough, your income tax rates average about 40% of your pay - yikes!

9. The party before the party that saves you lots of Kroner (dough)

This is another way of saying, "Let's drink at Bjorns before we hit the pub!" Beer is so darn expensive that you'll be glad Bjorn had the pre-party party.

So grab some beer, Vodka/Red Bull, and some Aquavit because you pretty much always pre-party before you go out. And yes, this is pretty much the way every Friday or Saturday (or Monday or Thursday) night starts.

10. Buying alcohol from the state

Here the liquor stores are called Vinmonopolet, and they are all run by the state.

And in the entire country, the "polet" is the only place to legally purchase alcohol and wine.

Our local "polet" is only open three days a week. Thurs-Sat, with minimal hours of operation. They're closed on Sundays and the other days of the week, but they are open with varying hours in other cities.

You can purchase beer at supermarkets, but even then, beer sales cease at a particular time each day. Either way, I often think about what it would be like back home if "the state" owned the liquor stores. Oi vey.

They don't make catching a buzz easy here, that's for sure.

In my senior year of high school, we had a blowout party right after graduation.

In Norway, the senior's party for a month. It's called Russ (pronounced 'Roose') and is the rite of passage for high school graduates. They literally party from near the end of April, all the way to May 17th, which is a national holiday here called 'Constitution Day.'

Students dress up in colored overalls and pants (mainly red), decorate party buses, and party on these decorated buses every night for three weeks.

If I hadn't seen this with my own eyes, I'd think this was made up.

But it's for reals. One of the craziest things I've ever seen, and that parents approve of any high school kid!

Initially, I thought it was something certain Norwegians did randomly.

Then I realized it was more than random; it's what they all do.

Shoes come off and are left in a front room when you visit someone's residence. It's an excellent way to remember to always wash and change your socks.

It may sound kind of gross, I know.

But holy guacamole, is it delicious!

First of all, it's essential to know that brown cheese is a Norwegian institution in and of itself. It's a thing. Everywhere.

This type of cheese can be made with cow or goat's milk, whey, and cream. The cheese has a soft, sticky consistency and tastes almost caramelized, and in case you're wondering, yes, it is brown.

If you ever hope to claim yourself to be Norwegian, then brown cheese is something you have to try. And if you want to be "all in," slap a slice on your waffles.

I personally love it, especially with strawberries on top. #NomNom

We have taco Tuesday, Vikings have Taco Friday, and boy, do they really, really love tacos.

My first indication was when I went to the grocery store. The taco, salsa, and seasoning aisle was as big as the one back home in Texas.

Like brown cheese, the famous taco has become a culinary institution in Norwegian culture. The taco became a regular Friday-night guest in Norwegian homes in the 1990s. Now, pretty much all Vikings agree the more tacos, the better.

While I will say the tacos here aren't bad, they don't quite compare to some of the ones my gramma made growing up. The Nordic versions come pretty close, though.

But hey, Norway does tacos, and that's quite a statement right there.

Norway has many wonderful customs and traditions that make the country unique, like having Taco Fridays and that crazy Russ partying the kids do!

Norway also has weird customs that seem strange to outsiders. Overall, I've learned a lot about Norway while living here for over a year and wouldn't trade this time back for anything.

See all posts by Rick Martinez →