by Shania Gulledge 2 months ago in career

The Role of a Woman 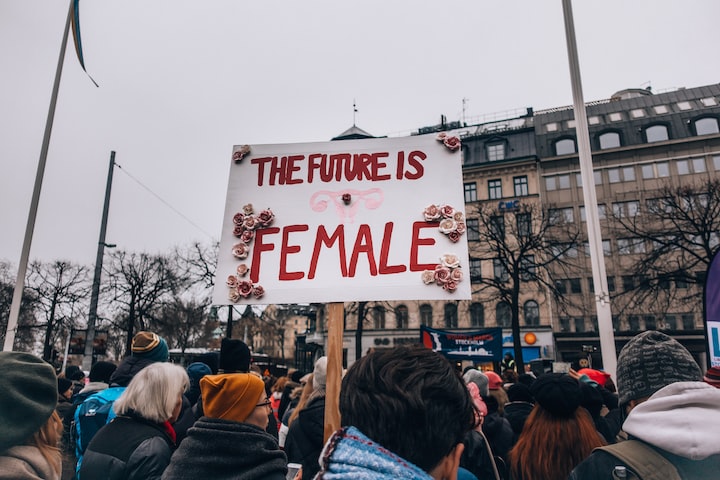 Photo by Lindsey LaMont on Unsplash

Being a woman in a male dominated world is not easy. Getting a job requires women to put in strenuous effort, whereas men can easily get a job. The workforce is never easy for a woman. Women have a hard time gaining access to jobs and communities that are traditionally male. When women do finally obtain these positions, they are typically perceived in a negative way. This statement is quite sad, but very true, and there are many different reasons as to why this is a woman’s reality.

It is hard for women to gain access to jobs that are traditionally male because people do not think that women can work as hard as men. Therefore, if a job is predominantly male, people tend to assume that a woman just simply cannot do it. A woman by the name of Talia Lakritz published an article in August of 2019 stating that only about 20% of women are software developers. Hence, many women are not hired in this field because people believe that male software developers have more expertise. This is the case in many different fields: firefighters, construction workers, police officers, the boss of a company. The list goes on and on. Another reason women have a hard time obtaining male dominated jobs is because people perceive women as “caregivers,” as if their only job is to be a mother. Therefore, people tend to think that if they hire a woman, she is going to continuously call out because of issues regarding her child. Women should not have to choose between working and motherhood. It is unfair for companies to not properly compensate women who need to take care of their children. Meghan Werft wrote an article in 2017 explaining many different reasons why women need equal pay. She stated in this article that when women are in the workforce, they actually earn about a third percent less after having a child. This is because the company believes she is not going to be as useful to the job anymore. However, after a male announces that he is having a child, he is typically given about 6% more pay. People perceive women to be weak in the workforce, making it harder for them to be hired. Women are also viewed as “outsiders.” Therefore, when applying for a job in a male dominated field, the men are led to believe that women are going to threaten the norm. Others in the field perceive women as less than, like they do not matter as much or they do not have as much to offer. Hence, women are generally paid significantly less than men in most fields of work. The American Association of University Women has done a multitude of research on the gender pay gap, and they have found many different statistics regarding this issue. For example, white women make about 79% of what a white man makes, and for women of color, it is even less. Black women make about 62% of what a white man makes, Indian women about 57%, and Hispanic women about 54%.

Women are just simply not valued in the workforce. Since the beginning of time, men have been viewed as the superior gender, and this has caused women to struggle immensely in the workforce. It is harder for women to gain access to male dominated jobs, and people have so many false perceptions of the female population. Women are important to the workforce, and they are an important attribute to many different jobs. Gaining access to jobs should be just as easy for women as it is for men.

When the world fails me

My words never do

I will forever have my pen and page to cling to

Through the good & the bad

My writing is all I’ve ever had

Writing is a temporary escape for my mind

There is nothing more beautiful I could ever find.