Women Are Strong as Hell

by Isaiah Sevahn 4 months ago in gender roles

Recognize you are a strong woman, ​and nobody can take that away from you. No matter what anybody says. A strong woman is a fighter and is unapologetic about who she is, who you are.

A friend of mine and I were talking about politics, social injustice, and a lot of other current events, and he asked me, "Why do women try to portray themselves as very strong? Why do they do so much? Are they trying to prove themselves? Do they feel as though they must prove themselves? I need to know." Now me being a male, I am, of course, the wrong person to ask those types of questions, but I'm glad he brought it up so I could tell him what I thought. Til this day, the matter is still circulating: "Do women still have to prove themselves?" Through statistics and many real-world workplace experiences, sadly, it seems the answer is yes. There are many stereotypes/cultural norms regarding women in the workplace that may even justify why women feel as if they're obligated to prove themselves more, stereotypes such as: They're less equipped and experienced than men in the workplace, or that they'll leave or become distracted at work for family reasons. There are some stereotypes outside the workplace, like women are just people with crazy mood swings who are also always on their period, they can't fight cause they're women and fragile, they're needy, or they can't amount to anything substantial. Through it, all women rise and defy the odds, and show that women are just as high, if not far greater than, the man next to them and so on.

Strong women aren't born strong. The challenges of life forge them. With each challenge, they grow mentally and emotionally, moving forward with their head held high with undeniable strength. See, a strong woman fights against expectations. A strong woman has an awareness of the obstacles in her way and the misogynistic expectations people have for her, but she decides for herself, and only for herself what she wants, then works to achieve it.

Additionally, a strong woman is willing to find help or gain strength from supportive friends, family members, and mentors—despite the notion that women should be "independent" and "do it all." She is independent, but she picks her battles, and knows when to ask for help. Being a strong woman doesn't mean you can't ask for help; to be honest, being a strong man doesn't mean you can't ask for help. Part of me thinks that women feel they have to overcompensate because so many peg them as these frangible, helpless creatures when many of the women I know are stronger (be it mentally, emotionally, or physically) than many of the men I know. Being a strong woman in my eyes means you're realistic enough to know what you can do, you're grounded enough to know when you need a hand, and you're confident enough to know you can ask for help without fear of being judged. 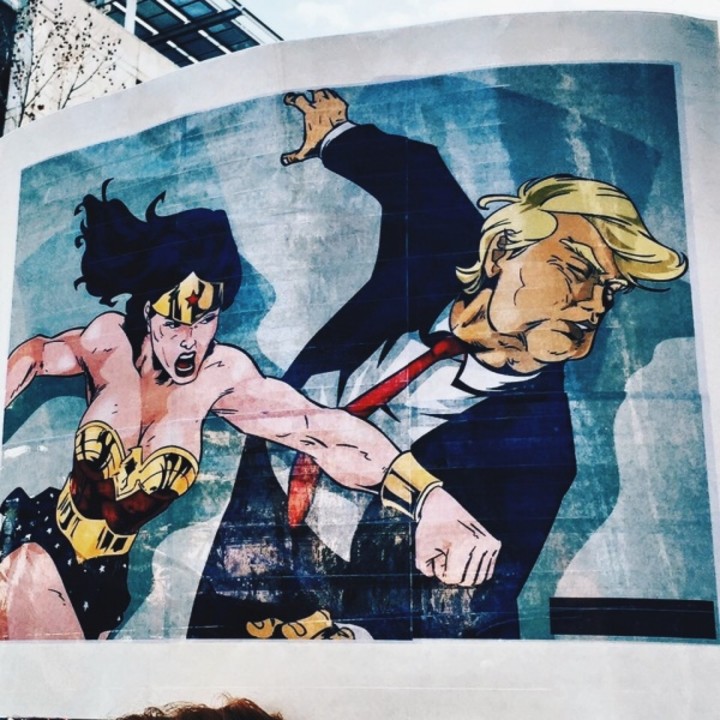 Now when I say "she" or "her," not only am I talking about a strong woman in general, I'm talking about you! Recognize you are a strong woman, and nobody can take that away from you. No matter what anybody says. A strong woman is a fighter, and is unapologetic about who she is—who you are. A strong woman is a woman who fights for rights she shouldn't have to fight for, and is perseverant the whole time. She gets up every time she falls. She pushes forward, even when all odds are against her. She doesn't let others influence her decisions. She's resilient. She works hard, she chases what she believes in, and she does it all for herself, no one else. She loves endlessly, and shows appreciation to those around her. Most importantly, she isn't selfish, and once she makes it, she reaches back to help others. Now reading this, you may think I contradicted myself in saying, "she does it all for herself," followed by "she isn't selfish." That's what I call self-love, and self-love isn't selfish.

There are so many influential women such as Rosa Parks, Harriet Tubman, Oprah Winfrey, Hillary Clinton, Malala Yousafzai, Sally Ride, Emma Watson, Michelle Obama, Maya Lin, and so much more. It's through women like these, who strive, achieve their goals, and gain leadership positions, that attitudes can change, and women will no longer feel they have to prove themselves in the workplace or anywhere else. A strong woman is a powerful woman, and ladies, you are all strong women. Maya Angelou once said, "You may encounter many defeats, but you must not be defeated. In fact, it may be necessary to encounter the defeats, so you can know who you are, what you can rise from, how you can still come out of it." Women over time have conquered every tribulation that has been in their way from stereotypes to everyday life, living in a "man's world." Eleanor Roosevelt once said, "The future belongs to those who believe in the beauty of their dreams." Be courageous and strong enough to go for your dream. Despite what everybody says, despite your own insecurities and fears, you stay strong and go for what you believe in. All these women, despite what the world threw in their way, toughed up; they pushed through, prevailed in the end, and so can you. If someone else can do it, it's not impossible for you to do it.

In writing everything in this article, you can only deduce that women are strong as hell and forces to be reckoned with. Throughout history, the main role of women in society has ensured the stability, progress, and long-term development of nations. There's nothing we can do to repay women for all the great contributions to the developmental growth of the world.