Why Neoliberal Feminism Is Damaging Women

by Sara Robards about a month ago in feminism

Our capitalist culture has incited a new form of feminism that rejects solidarity and suggest that women are individually responsible for their own successes. Are high profile celebrities like Meghan Markle, Ivanka Trump and Emma Watson to blame?

So, what exactly is neoliberal feminism? It is in fact the convergence of neoliberalism, feminism and capitalism ideologies. Neoliberal capitalism’s colonisation of the feminist movement has seen a new individualised mode of feminism where previous solidarity has replaced by individualism. The emphasis is no longer on a work to effect change for all women, but neoliberal feminism is beneficial to an elite minority who are unaware of the barriers working class and privileged enough to believe that even under current patriarchal structures, anything is possible for women,

Under a neoliberal feminist ideaology, the emphasis is on the indiviual woman to effect her own success. Cultural and societal oppressions are worryingly cast aside and replaced with an individualistic attitude of ‘if you want it, go out and get it’. This ideology can and is seen by many as a motivational message, inspiring women to work harder and achieve their goals. Whilst potentially inspirational, it is important to recognise that this message comes at a cost. This ethos completely rejects the feminsit idea of women working together to effect change. Instead, the individual woman must fight against prejudices on her own and if she fails to successfully do so, it is her fault. The Problem With Privilege

Neoliberal feminism is also notoriously a movement for the middle-class and upper-class . A great example of this is Ivanka Trump’s 2017 book, ‘Women Who Work’. The books main message is to encourage women to create and define their own success and her novel exemplifiesthe core neoliberal values of self-help. Trump calls for women to forget the struggle of past feminist movements and instead work towards a better future for yourself. She suggests that anything is possible, forgetting, however, her own privileges that allow her to think this way. As the daughter of the US president, she has extreme privilege that allows her to live and enjoy her independence as she does. However, the vast majority of women are in low-paid, exploitative work roles and Trump’s idea that ‘it's up to you’ leaves them completely alone and without the support system that traditional feminism once offered. The ideology again rejects the oppressions women in the workplace face such as the glass ceiling, the gender pay gap and issues regarding child care and maternity leave, blaming women for their lack of success rather than society. 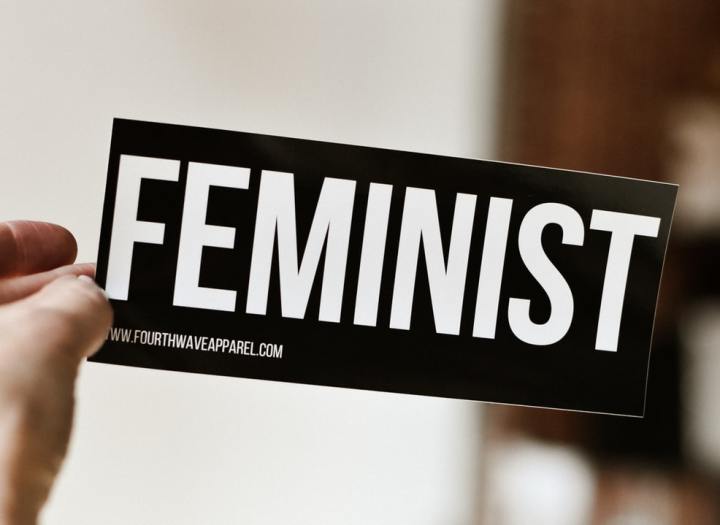 Similarly to Ivanka Trump, recent years have seen more high profile female celebrities identifying as feminists. In a place of influence, they have, in turn, become advocates for the movement. However, this again perpetuates the idea of privilege that is prevalent in Trump’s ‘Women Who Work’. Meghan Markle, the Duchess of Sussex has become somewhat of an advocate for feminism since her royal marriage has given her a platform to do so. However, it can be argued that her brand of feminism is a fairy tale feminsit ideology of the elite, or as Kathryn Cullen states, the feminism-lite. As a member of the Royal Family, a traditionally patriarchal constitution, Markle will forever be bound to a structure that favours a traditional patriarchal structure. Whislt Markle may be able to use her platform to bring awareness to feminist issues, she will never be able to effect any real change to the oppressive strucutural framework. It is important that it is not just Megan Markle that promotes and perpetuates the neoliberal feminism that is so favoured by the social elite but every celebrity, whether intentional or not. The idea of powerful and celebrated women promoting feminism glamourises the movement and in turn, alienates lower class women from feminism entirely.

It is evident that, whilst masquerading as an inspirational movement that motivates and incites women to work hard for what they want, Neoliberal feminism is in fact a damaging ideology that alienates women and undermines the work of the past feminist movements. Instead of celebrating women, the movement instead celebrates a class system that benefits those with money, power and status and alienates women of the lower classes, turning them against feminism and against themselves for not working hard enough to achieve success.

See all posts by Sara Robards →