Why is the gallbladder inflamed in women more often? Where do new stones come from after removing it? What medications can provoke cholecystitis?

by ROBINSON JAMES HERBERT 11 months ago in health

Actually. Everything is not so categorical. Women are indeed more likely to experience cholecystitis and cholelithiasis. According to statistics, one in 3-4 women and only one in 6 men develop gallstones at some stage in their life. At the same time, the likelihood of the appearance of sand and stones increases during pregnancy and with the use of hormonal drugs. 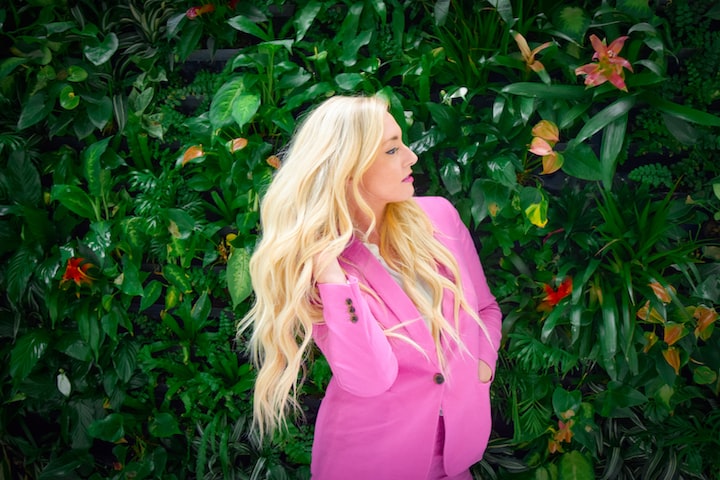 Photo by Kat Nelson on Unsplash

Why is the gallbladder inflamed in women more often? Where do new stones come from after removing it? What medications can provoke cholecystitis?

First opinion. Inflammation of the gallbladder is a typically female problem.

Actually. Everything is not so categorical. Women are indeed more likely to experience cholecystitis and cholelithiasis. According to statistics, one in 3-4 women and only one in 6 men develop gallstones at some stage in their life. At the same time, the likelihood of the appearance of sand and stones increases during pregnancy and with the use of hormonal drugs. And also those who dramatically change their weight.

But in general, the older we get, the higher the likelihood of developing cholecystitis. This applies to absolutely all people - both women and men.

Actually. Lifestyle, profession, daily routine do not so much affect the state of the gallbladder. Nutrition is much more important. And also - taking medications that are excreted along with bile. So, the phenomena of cholecystitis can develop a few days after treatment with an antibiotic, antifungal or antiviral drug.

The role of stress and anxiety has also been proven. They affect the contraction of the gallbladder. Therefore, often an emotional breakdown or a long nervous period lead to the development of cholecystitis.

If the gallbladder is your weak point, take light sedatives during increased nervous stress.

Third opinion. Gallbladder inflammation is easily confused with other digestive ailments. It, like gastritis, is exacerbated immediately after eating.

Actually. Yes, the gallbladder knows how to make "surprises" and disguise itself as various ailments - inflammation of the stomach, pancreas, intestines. It is not so easy to distinguish them on your own. And the doctor will not be mistaken during the examination.

The connection with food intake can serve as a clue for you: if heaviness under the ribs, bitterness and nausea appear after fatty and fried foods, this is probably a complaint from the gallbladder. If painful phenomena occur after sour, spicy food - most likely, the stomach suffers. If there is no clear connection between the ailment and food, it can be assumed that there is a problem with the intestines.

To clarify the diagnosis, you need to perform an ultrasound of the abdominal cavity and take a blood test.

Fourth opinion. If the gallbladder is sick and inflamed, it means that there are already stones in it.

Actually. Not always. The presence of stones in the gallbladder is the main, but not the only cause of inflammation of this organ. There is also calculous cholecystitis. It becomes inflamed when harmful bacteria multiply.

Also, the gallbladder can suffer from other disorders. The most common of them is biliary dyskinesia. In this case, there is no inflammation or stones. Only the mechanism of contraction of the bile ducts is violated. They contract either too quickly and strongly, or too weakly and slowly. Both of these lead to incorrect secretion of bile and a change in its composition. And in the long term - to the formation of stones.

This problem can occur at any age, more often in people with a special structure of the gallbladder. It is also called a "constricted bubble".

Actually. Not certainly in that way. It is not the weight loss as such that is to blame, but the large intervals between meals. If a person eats too little, his digestive system is out of work. Bile stagnates, which ultimately leads to the appearance of sand and then stones.

Conversely, frequent and fractional meals ensure a regular contraction of the gallbladder. And the conditions for stagnation are not being formed.

Therefore, it is possible and necessary to lose weight while being overweight, but under the supervision of a doctor. It is optimal to eat small meals 5-6 times a day at regular intervals.

Your diet should not contain fatty meats, fried and smoked foods, sweets and muffins. It is also worth limiting fatty dairy products. You can benefit from whole grains, dark leafy greens, vegetables, fish, and vegetable oils.

Actually. Yes, the first episode of calculous cholecystitis is often treated with antibiotics and antispasmodics. But all medications are prescribed by the doctor after the examination. If there are stones in the gallbladder, this is a completely different situation.

It is also recommended to limit your food intake a little. This will allow the gallbladder to rest.

A course of antibiotic treatment will help relieve inflammation in the gallbladder. But the treatment does not end there. To avoid repeated exacerbations, the doctor prescribes special drugs. They normalize the composition of bile, improve its outflow and prevent the formation of stones.

Seventh opinion. If biliary colic has overtaken, to relieve it, you need to take an antispasmodic - no-shape or bus Copan.

Actually. With a slight malaise of the gallbladder, self-administration of an antispasmodic is allowed. But not in the case of bilious colic! Severe pain in the right side can speak not only of acute cholecystitis. The movement of gallstones along the ducts is not excluded. If somewhere on its way a stone gets stuck, it can threaten with dangerous complications.

Therefore, firstly, you need to call a doctor. And secondly, go to bed and refrain from eating until the doctor arrives.

Thirdly, you should not apply either cold or heat to the sore spot. Heating with a heating pad can stimulate inflammation. And the impact of an ice pack is useless at best. And at worst, it will lead to an increase in the contraction of the bile ducts, which will only increase the pain.

Eighth opinion. There is no need to rush to remove the gallbladder. This is a simple operation, and it can always be removed urgently, like an appendix with appendicitis.

Actually. Quite the opposite: with gallstone disease, the operation is much better done in a planned manner. In this case, you calmly examine, plan the place and time of its holding. No stress, everything is according to the script.

But an emergency operation is always a surprise. No one knows where a fatal attack will find you, requiring urgent intervention by a surgeon. Either in the village during a visit to relatives, or on a long-distance train, or on a trip abroad. It is not for nothing that summer residents and often traveling people with gallstone disease are advised to routinely remove the problem bladder so as not to risk their health and even life.

In emergency conditions, doctors do not have time to adequately examine the patient. And the techniques for removing the gallbladder in a large city and a village can be radically different. This means that the healing and recovery time will also be delayed.

Don't worry: even without the gallbladder, a person can continue to live normally and digest food. You just need to follow a number of simple but important rules.

Ninth opinion. Even a heavily stoned gallbladder can be removed without making large incisions.

Actually. This is the case in good hospitals. A modern sparing operation is being performed. With the help of a special apparatus - a laparoscope, the doctor enters the abdominal cavity through small punctures in the abdomen. And then gently, under the control of a video camera, removes the affected organ. After such an intervention, the cosmetic defect is minimal. And discharge from the hospital takes place in 2-3 days.

However, with late seeking help and the development of complications, the doctor is likely to choose a different tactic. This may require a traditional abdominal operation, that is, a fairly large incision. At the same time, the terms of stay in the hospital are lengthened.

More stories from ROBINSON JAMES HERBERT and writers in Viva and other communities.