Why "Define Woman" Is A Trap

by Conor Matthews 7 days ago in politics 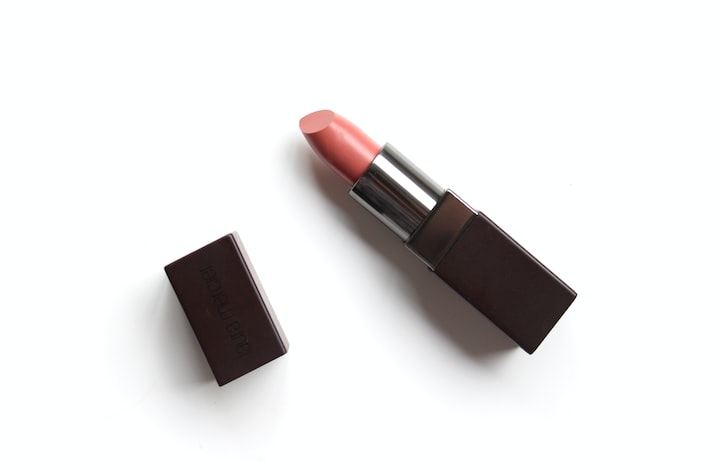 Photo by Evangeline Sarney on Unsplash

It’s the new hip thing with the kids these days (if kids were middle age, fear mongers). Asking someone, typically a liberal, to “Define (a) Woman”. Many can sense the trap, knowing the person asking, usually a conservative (no matter how okay they swear they are with their gay cousin), is expecting one of two things; to trip yourself up trying to avoid describing a Cis Woman (more on the term in a second), or to say something they’ll misinterpret as being anti-trans. They did it before with gays, with women, with the disabled, with the non-White (they even did it with some White). It’s a trap; a trap so they can call out “gottem!”.

They’re Not Answering Their Own Question

For people so concerned with this preservation of gender norms, and protecting children from “Groomers”, they sure aren’t in a hurry to give an answer to their own question. Sure, you can ask any question you like of your political, but unless you’re willing to rephrase the question so they can answer it, all you’re doing is expecting someone to do what you’re unwilling to do.

Now I know they are some who have given a direct; usually along the lines of “a female; a person with XX chromosomes and female reproductive organs like a womb, ovaries, and vaginal canal.”

Please enjoy this short list of women who don’t meet that definition.

Other, more savvy, conservatives realise this pitfall and are all too happy to sidestep it but let liberals walk right into it.

They’re Expecting You To Be An Authority

However, ever notice that when you’re dealing with someone who doesn’t agree with you, they expect you to give a complete breakdown of how exactly a microwave heats your food, or how exactly a series of keyboard strokes can be accepted as a password, or, in this case, what does and doesn’t count as a woman, what exactly makes someone a woman, why your answer isn’t too broad, and what research and data do you have to back this up. Not only is this the same issue as before (do what I am unwilling to do), but it’s also a logical fallacy; the appeal to authority.

Now, is there an issue with people supporting something without fully understand the nuances? Yes. Is this exactly why performativity is ultimately harmful, no matter how well meaning it is? Yes. But that doesn’t change the fact that it is correct, according to the latest scientific and psychology research that gender is not just separate and different from sex but it’s much more complex than we’ve previously thought. If I said 2+2=4, but I didn’t understand why or how 2+2=4, that doesn’t mean it’s incorrect. Flaws in person do not mean their statements are flawed by default.

There’s an old trope you see in films and shows every now and again; you need to distract someone (a security guard, the villain, the guy you hate from work but you still go on a date with to make the guy you crush on from work jealous), you get them talking about something they care about. Something similar is happening here. You could deliver the most perfect, irrefutable response to their request, and it still wouldn’t matter to them. They could come up with some poor excuse for a retort and expect you to go through the whole spiel all over again, struggling to reword and curate a more appealing and acceptable answer, only for them to restart everything over and over and over again, forever, until they either wear you down or trip you up with your own words. Because they don’t care, but you do.

They haven’t got skin in the game. But maybe you do. Maybe you’re trans and you want to be accepted by them (why would you want to be accepted by bigots, I don’t know, but cool). Maybe you’re cis and you just want to be helpful and show support. And maybe you just think that if you say a special string of words in the correct order, you can magically convince everyone that being nice to people is nice. But they don’t care. They’re just trying to distract you, use your concerns and desires against you. If you succeed, it means nothing to them. If you fail, while it’s a nice bonus, it still doesn’t mean anything. As the story of a politician calling his opponent a sexual deviant goes; “I know it’s not true, but let’s make the SOB deny it”.

They’re Don’t Even Know What It Is

What conservatives and TERFs insist is Gender is, in fact, Sex; the biological traits we’ve given categorisation and denotations to. Sex is biological. Gender isn’t. That’s even the whole point of why people will say they are Cis or Trans; they are acknowledging what people typically think of as a man or a woman and how it’s assumed to align with assigned sex. In fact, gender can be further separated into Gender Identity (how you identity) and Gender Expression (how you look and/or act). You can be born male, identify as a man (in which case you’d be Cis), but you could still express your gender contrary to how one would expect it (whether that’s as feminine, fluid, or nonbinary). You can have any number of combinations between these three factors: Cis-Woman-Feminine, Trans-Man-Masculine, NB-Fluid, Cis-Woman-Fluid. And then, on top of all this, matters get all the more complicated and specific when you factor in attraction, desire, societal expectations, and cultural influences.

Throughout history, there’s been mention of people in various states of presentation, identification, and performativity. In different parts of the world, at different times, there’s been understandings that gender could take many forms and be as loose and formless. Once upon a time, French men were considered of nobility if they wore high heels, make-up, and wigs. Once upon a time, only the strongest men in Asia who were eunuchs could be hired as palace guards, an envious position for any man. Our understanding of gender goes as far back as the early 20th century, yet the history of those who aren’t Cis is interwoven into humanity itself. In fact, psychoanalyst Julia Kristeva argues that gender (identity and expression) is an exclusion of traits; to be a man or a woman, you must actively choose to not be both, which would be a natural state of any human, free from external influences.

But they don’t care about any of this. Hell, they don’t even know half of this. If you were to answer them, give a succinct and detail answer, exploring most of this history and cultural conditionality, it would just fly over them. Because asking for a definition of woman has nothing to do with understanding, with answers, or with working from the same assertions.

It’s about folding you in their narrative, that there’s something a value here in asking these questions, when in reality there isn’t. We don’t even have the same definitions of race, sex, intelligence, or success we’ve had a hundred years ago. What’s to say we will in another hundred? I don’t say this to be nihilistic about the importance of clarity, but it’s deceitful to act as though all questions, especially those not asked in earnest, are equal and deserve to be asked. Stop acting like this just suddenly happening. Just because it’s all new to you doesn’t mean we’re all about to make terrible mistakes.

More stories from Conor Matthews and writers in Viva and other communities.