The story of Secretary Frances Perkins, the first woman to hold a Cabinet position

by Austin Blessing 7 months ago in history

Recently, glass ceilings have been shattering all around. It is worthwhile to reflect on Frances Perkins, who was the first woman to hold a Cabinet position. 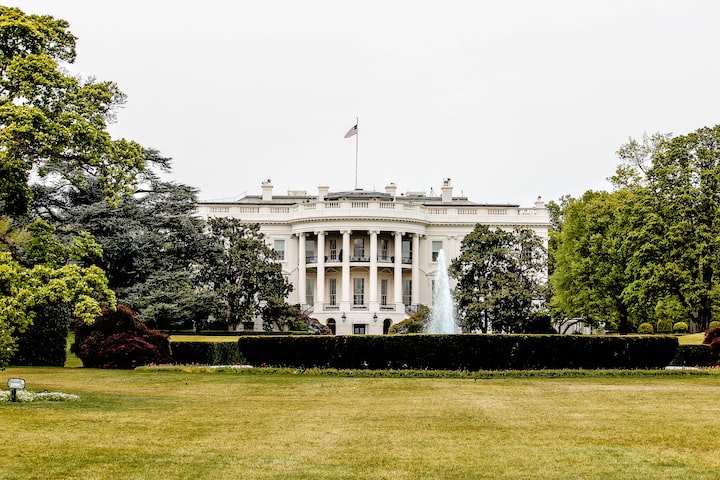 Photo by René DeAnda on Unsplash

Recently there has been a lot of attention being paid to barriers being shattered by women and minorities (as well as to the various barriers that remain standing that need to be shattered). In light of this, and of the fact that it is currently Women’s History Month, let us reflect on a somewhat lesser known example, the life and career of Frances Perkins.

"Perkins grew up in a comfortable middle-class Republican family descended from a long line of Maine farmers and craftsmen." According to the FDR Presidential Library, Frances Perkins attended the women’s college Mount Holyoke. Perkins majored in physics and chemistry, but she was always fascinated by economics. Around this time, she began to learn about the harsh truths of industry at the time by visiting factories and interviewing workers. After graduating from college, she worked as a teacher and also at Hull House and Chicago Union.

"In 1907, she moved to Philadelphia, where she became the general secretary of the Philadelphia Research and Protective Association. Her job investigating phony employment agencies that preyed on immigrant women put her face-to-face with pimps, drug dealers, and other criminal elements. While in Philadelphia she enrolled at the Wharton School of Finance and Commerce at the University of Pennsylvania, in an effort to expand her knowledge of economics. After two years she moved to New York City, confident that she had gained enough experience to acquire a job helping the less fortunate. She moved into a settlement house in Greenwich Village, attended Columbia University working to obtain a graduate degree in political science and became heavily involved in the women’s suffrage movement. She advocated for women’s rights on street corners, protests and in meetings."

In 1910 she graduated from Columbia University with a master's degree in sociology. That same year she became the head of the New York Consumer's League, where she lobbied to improve working conditions.

Perkins saw first hand the need for safety regulations when she witnessed the 1911 Triangle Shirtwaist Fire, a tragic incident caused by a lack of proper safety protocols“in which 146 workers — mostly young Jewish and Italian women — died.” Witnessing this tragedy helped turn Perkins, who had first hand experience in the workforce, into an advocate for workplace safety.

She married Paul Caldwell Wilson in 1913, but chose to retain her own surname for career reasons, a choice which was unpopular to many and which she defended in court. Her daughter Susanna was born in 1916.

In 1933, Frances Perkins became Secretary Perkins. In this role she played a major part in writing New Deal legislation, the Fair Labor Standards Act of 1938, minimum wage laws, and the Social Security Act of 1935. She also helped save jewish people who were trying to flee Nazi persecution.

Secretary Perkins never shied away from adversity or controversy. Throughout her career she experienced numerous hardships including sexism, accusations of being a communist, and political backlash which included an attempt to impeach her.

According to Britannica: "After the initial controversy of her appointment died away she settled into a 12-year term of effective administration of her department. She pushed for a minimum wage and maximum workweek, a limit on employment of children under 16, creation of the Civilian Conservation Corps, and unemployment compensation—all of which were enacted. She helped draft the Social Security Act and supervised the Fair Labor Standards Act (1938). When the focus of labour activity shifted in the late 1930s from government to unions, Perkins played a less visible role. Her most important work was then the building up of the Department of Labor, particularly the strengthening of the Bureau of Labor"

After she resigned from her Cabinet position, President Truman asked her to serve on the U.S. Civil Service Commission. She accepted the President’s request and continued to fight against discrimination in federal hiring. She served until 1952 when her husband died.

She was an active educator, author, and advocate until she passed away in New York City at the age of 80. She was buried in Newcastle, Maine.

Even though she may not be well known today, Secretary Perkins left a lasting legacy in the form of the things she helped create and change. Through her work, she helped alter history for the better and paved the way for the generations of women that followed her.

To summarize, Secretary Frances Perkins, whose accomplishments far exceed the limits of this article, was a trailblazer, a fierce advocate, and a role model. Her facsinating and accomplished life should serve as an inspiration to all.