The Solution is Inside Us.

How Reusable Menstrual Products Help Save the World 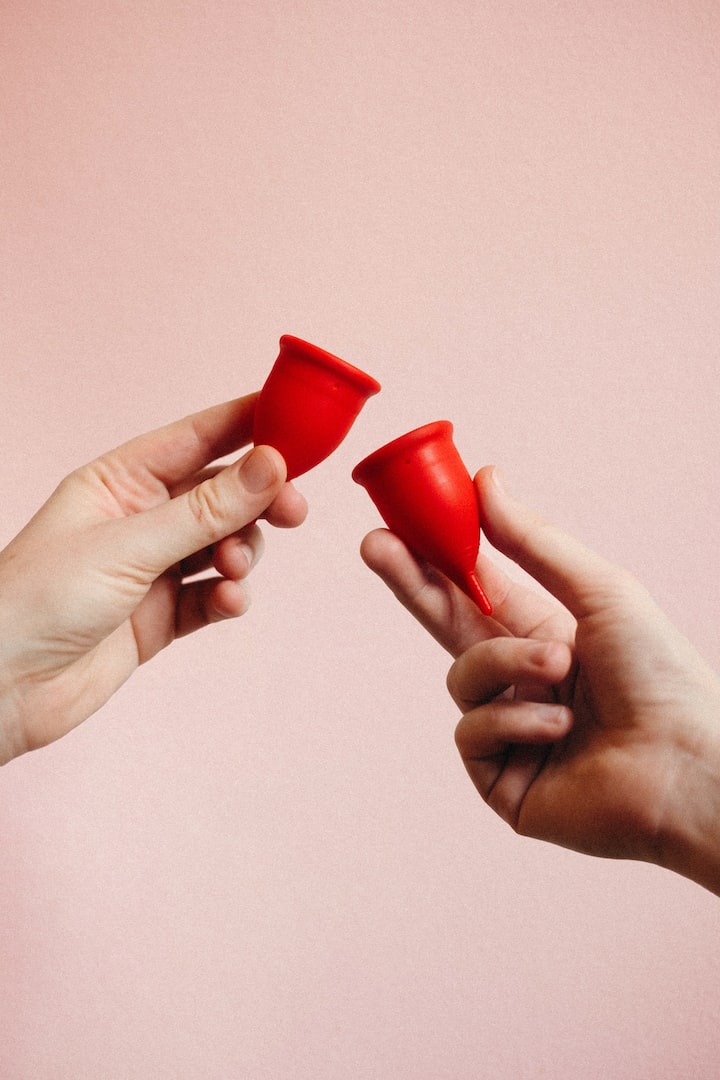 Photo by Monika Kozub on Unsplash

If there's one thing I've learned, no thing you do is too small. Pennies add up.

It's amazing how a small things like this can make such a huge difference in the environment. I don't know why more people aren't talking about periods in the first place, let alone how to handle them, but it's about time we said something.

Studies have shown that almost 20 million sanitary napkins, tampons and tampon applicators are sent to landfills every single year in North America alone.

What's worse, just one person alone can average in nine to ten THOUSAND tampons used in the four decades she has to deal with Aunt Flo. (Way to trash the place, Auntie!!) And because these products are either made of plastic or some other sort of plastic byproduct, It takes centuries to biodegrade, because that same one person will end up throwing away up to 300 pounds of menstrual products in their lifetime, AND THAT'S JUST ONE PERSON!!!

As of me writing this, 49.5% of the earth's population is female. That's a population of 7.889 Billion! And it's said that by 2050 we'll be up to a population of around 9 billion! I don't know what you think, but something's gotta give.

What's also bad is that it's ending up in the oceans;

The Ocean Conservancy's International Coastal Cleanup reported almost 18,000 used tampons and applicators found and cleared from beaches around the world IN ONLY ONE DAY back in 2004, despite women knowing that they're not supposed to be flushing applicators and whatnot down the toilet (...ya nasties!) which in turn puts them in sewers and waterways, and eventually the ocean. And I promise you, that number has very likely increased since then.

And don't even get me started on the expenses!:

So What's a Better Idea?

I mean, it's not like we can just shut off our periods without using some procedure that's not good for us or is just irreversible... Although wouldn't it be great if we were built with, like, an off switch? Just poke a nerve in your hip and boom, that's it for about 8 to 10 years? Ahh.... one can dream.

But really-- because "really", unfortunately, can't advantageously be put anywhere in the paragraph above-- What CAN we do about this ecologically? Moreover, where would you even start?

Well, I believe it all depends on what you currently use; we can start by finding the eco-friendly counterpart and starting there... and then switch it up if we like, even mix and match, as long as we give it a try.

Menstrual Cups are made of medical-grade silicone, so it's hypoallergenic, it offers up to 12 hours of protection, so you don't have to worry as much about making a trip to the bathroom on time, and with the right care, the one cup can last up to ten years!! That's only four cups in our entire duration with a period if used from the start.

Also, there are two sizes, size one for if you've never had kids before, and size two for if you have, and size one holds about 30ml. of fluid... that's, like, three heavy duty tampons!

The only real downside is that they sit pretty low in the vagina, so if you're into having period sex, this wouldn't be your best option.

Keep scrolling, I got something better...

Menstrual Discs are apparently-- no, definitely-- the better way to go for the type of sexual freedom you wouldn't have with a menstrual cup.

Unlike the other one, it sits right up against your cervix, behind the pubic bone... and disappears... like magic. That way, it doesn't get in the way of, er... anything *ahem*... else making its way in there.

And the best part for me is that this holds more than double the amount of fluid, 76ml., as well as being wearable for up to 12 hours.

Most discs are disposable, but there is also the Ziggy, which is reusable and has a lot of good reviews.

Reusable Sanitary Pads are definitely the best route to take if you don't want to reinvent the wheel... even though we... kind of are-- that's not the point!! They're great. That's the point. Yes.

They're super absorbent, breathable, and soft on the nether region.

They're usually made of natural fibers like cotton, hemp or bamboo, have a microfiber absorbent layer in the middle, and a waterproof material on the outside, and they all come with wings, THANK GOD!!

I swear, whoever invented pads with no wings hated women!! Those things help NO ONE!!... But that... is not my point... Even thought that person is evil..... Pure evil-- okay, I'm done.

My only thing about it is that you have to be careful to take proper care of them so as not to risk infections or any other problems later on. I know that there are some brands that say you can just rinse them with cold water and throw them in the washer, but that's assuming you're going to wash them right away. Not everyone has that type o' water bill money.

With both these and the menstrual underwear, I wash them with soap and warm water and then hang them to air dry or leave them in direct sunlight, because they're both natural disinfectants, then once they're dry, throw them in the hamper to wash later-- bonus if you use peroxide to lift the blood out before using the soap, because if I ever pick up a bar of soap and get someone else's menstrual blood on my hands, I will cheerfully kill it with fire before murdering that person in their sleep- I'm still a pacifist, I promise-- But you should do what works best for you.

And Last, but CERTAINLY Not Least... My Faves.

There's nothing better than being able to put some underwear at the start of your period and not ever worry about your white pants becoming an homage to the Japan flag.

For someone like me, who is too busy to even notice that my stomach is cramping-- or that this is my fourth doughnut-- let alone check a pad, these are absolutely a Godsend!

I like to wear these with my menstrual cup for extra protection, but these can hold up to 20ml by themselves.

They're all made with soft moisture-wicking fabric, and a leak-proof barrier, so you can rest easy about spilling over!

It's a small thing by one person's perspective, but the more pennies you put in a bowl, the richer you are. It adds up. And these pennies may just be pennies to you, but to a homeless person, you are a saviour.

For years, the world has been taught the same excuse of "it's just how it's always been" to justify their short-term gain, long-term loosing habit of chucking the problem aside and letting someone else handle it, but the main reason they say that is because they don't know how else to handle the problem. It's too big for us alone, so we walk away from it. I mean, it's just one little thing, right?

I know, the more you let the dishes pile up the less you want to do them, but eventually you won't have any dishes left, and they'll start to get smelly, grow mold, attract bugs, the mold, germs and whatnot spreads across your kitchen/house, becomes airborne, you inhale it, you get deathly sick, and next thing you know it's an unlivable situation, and you have to leave. Or... You can do the dishes.

You don't even have to do them all, just your own. At least you did your part.

And I know that to you, switching to reusable menstrual items may just be pennies to you, but to the wildlife who would've otherwise swallowed and/or choked on or got tangled in the product you decided not to throw into nature, You are a saviour. [AR]

See all posts by Amargeaux Rai →