The Revolt of The Modern Indian Woman Against 1.3 Billion

by Bertilla Niveda about a year ago in feminism
Report Story 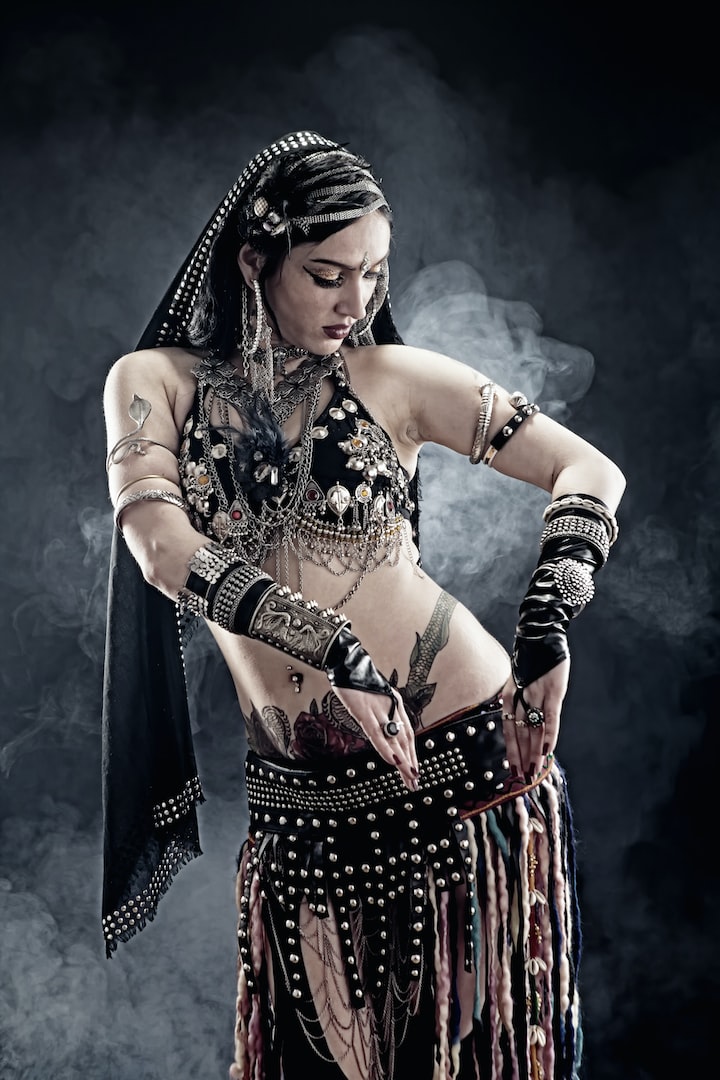 Yesterday, I came across a Facebook post about an illustrator and her iconic art series on realistic depictions of women’s lives. The featured picture is a comparison between two perspectives.

On the left is a happy woman in a dress, with her husband and baby. On the right is an equally happy, casually dressed woman holding a glass of wine and a slice of pizza.

The message of this artwork, as the artist had correctly titled is that both these women are established and “complete”. Whether it is marital bliss or professional success, or both, the woman gets to choose what her definition of completeness is.

I almost scrolled past thinking “Well, this isn't exactly mindblowing. Isn’t this just common sense?” This may be because I have seen these kinds of posts before and I completely agree with them. To me, it really is that simple.

Out of curiosity, I clicked on the comment section and found out exactly why it is mindblowing for millions, nay, billions of people. Several outraged “meninists” were, and probably still are, hurling abuses at the fake ‘feminazis’ of the world.

The vile comments showed me that such reasonable notions of freedom and choice are abnormal in the eyes of insecure, angry, pathetic people.

Western countries may not have fully won the marathon of equality yet, but India is still on its first few laps. Hell, in some places here, the race hasn’t even begun.

So what is it about a bold, badass Indian woman that intimidates the people of this country?

Sit properly. Don’t play in the sun. Use this face cream to get fairer skin. Who will marry you if you remain this dark? Dress decently. Are you trying to get harassed?

Oh sweetie, he’s just picking on you because he likes you. Don’t be so bossy — it’s very unattractive. Listen, all this career stuff is only until you get married. Then, you need to settle down and run a family. What kind of a woman doesn't give up her career for her husband and children?

Sigh. She has heard it all. And she’s had enough.

She’s had enough of the patriarchy breathing down her neck, dictating her every move. She rejects an age-old system that is upheld by the vast majority of this great nation’s 1.3 billion people.

She did not inherit the silence of her mother

Rewind to 25 years ago. Her mother, a blushing bride-to-be, is asked if she knows how to cook and clean. She is asked to manage a household all day, every day.

And she does so dutifully. Her mother is quite selfless. She does all of the chores right from taking care of her children 24/7 and cooking varieties of meals to washing clothes and vessels. And she is merely called a “housewife”.

Because tons of unpaid work is just a woman’s duty, right?

Of course, in many cases, there is a good partnership going between the husband and wife. The husband brings home the cash, and the wife takes care of everything else. He puts food on the table figuratively, while his wife does so literally.

So what’s the problem?

Our mothers are taught to stay silent and “adjust” to their husbands’ ways with a smile. They are told to tolerate those sexist jokes, power imbalances, and bear the brunt of emotional labor(and physical, not to forget being pressured to have kids even when they aren’t ready).

The “spoilt”, modern woman is not like that though. She watched her mother go through things that she won’t ignore.

She knows what she deserves, and she won’t settle for less. She has the “audacity” to demand that society treat her the same as her male counterparts.

No, she doesn’t think that her husband is a demi-god for doing 20 percent of the household work. She doesn’t approve of her family praising their precious son-in-law to the moon and back, just for doing the bare minimum.

And this frightens her family. Her mother looks on, perplexed, wondering if people will say she has been raised wrong. Although she is proud that her daughter is a strong woman, she is scared for her future.

How will a country that has thrived on its patriarchy accept this bold woman? She will be the outrage of her in-laws’ home. I mean, what’s next?

Is she also going to demand that her husband support her emotionally, and not play video games while she juggles cooking and feeding the baby? Nonsense.

Now, that's just about the happily married Indian women. What about the single ones? Do we dare talk about them?

She is her first priority

To begin with, when are we going to stop justifying oppression with #NotAllMen? Maybe not all men, but too damn many. There are so many glorified incels who outright hate women. They wear their misogyny as a badge, blatantly and quite proudly.

These men do not care enough about all the rape, harassment, domestic violence, abuse, and injustice. But oh, how they’re seething at the fact that Google didn't make a fuss about International Men’s Day!

There is a rape happening every 15 minutes, but no, please do tell me more about how people celebrating Women’s Day is unfair. It’s not like women were suppressed and violated for centuries.

What really bothers them is that the modern Indian woman doesn’t give a flip about them.

She dresses for herself. All those tight jeans and short skirts? She is pretty pleased that she got them on sale after hours of shopping, and she will flaunt them. She doesn’t care if you think it looks tacky.

She does her hair and makeup because she loves doing it. To put it simply, she lives for herself. Another person’s opinion doesn’t stop her from donning her robes like a queen.

I’d like to clarify that there is nothing wrong with dressing to impress people. That’s perfectly fine. But, you can’t take away her choice to not give a damn. And so many people badly want to.

If her idea of fabulous clothing is a fully covered salwar suit, that’s fine. If it’s a mini-skirt and a tank top, that should be fine too.

She has her own dreams and aspirations

She is out on a journey to make a life for herself — a life that she has designed and is working hard for. And she won’t let anyone’s small-mindedness stand in her way.

She will not be told that her place is in the kitchen or the bedroom, or anywhere that someone else decides for her. Like we discussed earlier, she doesn’t care.

Marriage isn't on her mind right now. Frantic cries about how her biological clock is ticking, are not her biggest concern right now. And this freedom to pursue something unconventional scares the bejeezus out of people.

The very thought of her rejecting their fragile, heavily biased “traditions” and “values” makes their minds explode. They can’t stand a woman having her own voice, one that is not in their control.

This was so easy and yet so hard to write.

Easy because I am this woman. And so is every other strong, independent Indian woman I know. There are hints of this woman even in ladies with severe cases of internalized misogyny.

It was easy to write because all I had to do was pour out my inner distress and qualms. I channeled the feelings of millions of women who are all working to escape this narrative and create their own.

It was also painful because I know that these things aren’t going to disappear overnight. The mighty, stubborn roots of patriarchy are watered every day. They don’t seem to be dying any time soon.

We need to act on this before it’s too late. We’ve lost several lives to these shackles of oppression that are masquerading as culture. And we need to break free of them because we cannot lose anymore.

I yearn for the day when the majority of us will stand by our new customs and traditions — a progressive culture of equality, empowerment, and real freedom.

The only way we will get closer to that day is by living unapologetically. Be this “rebellious” woman who lives her life on her own terms. And keep supporting and fighting for the rights of other women, until their “rebellion” is no longer an anomaly.

Until a woman’s freedom of choice is the norm, not the exception.

Originally published here by the author.

I got a pocket full of sunshine and a lot to say.

More stories from Bertilla Niveda and writers in Viva and other communities.