by Rebecca Hansen 2 years ago in career
Report Story

Women, know your worth. 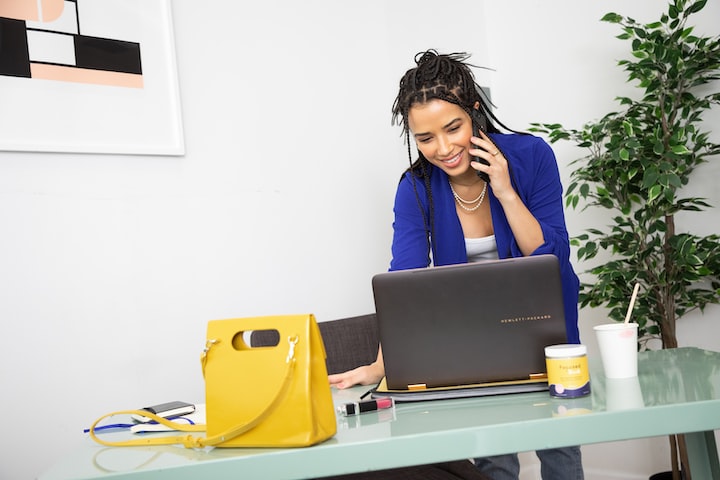 Photo by Team Fredi on Unsplash

I was driving my kids home from school the other day when my middle child piped up.

Her questions are always interesting; I tuned in.

“When you were a kid, what did you want to be when you grew up?”

Growing up as a girl in a religiously conservative home, I don’t think it ever dawned on me that I might be able to want to be something when I grew up. Women were supposed to be supportive wives, stay home with their children and pour their lives into making their husbands successful.

I was fed a steady diet of biographies of Christian “greats,” from Fanny Crosby to Hudson Taylor, from Susannah Wesley to Martin Luther.

Only unmarried women had their own stories. If a woman had been married, her story was told in the context of her husband’s life work.

Even in my single digit years I knew I was not cut out to be a loner. I wanted to fall in love. I wanted a family. I wanted to belong.

Which left getting married and all that entailed.

As I grew older, the messages grew more direct and more insistent. Women were created by God to be helpers for men. Good, godly women did not have their own dreams, because as soon as they were married their entire identity was subsumed by their husband’s calling, career and charisma.

Even in the most conservative of settings, I have known brilliant, capable women. Women who supported their family by baking, or who ran the entire “business” side of a family business. Women who capably managed their ordained husbands’ households, schedules, and spiritual eccentricities and still managed to run a church kitchen or teach a Bible study.

I have known women who are natural mathematicians, women who are so incredibly generous that no one notices their spouse is a miserly curmudgeon, women who hold together extended families, church communities and more while their husbands jet off on mission trips or attend overseas conferences or preach in towns across the country.

These women, however, will never be known for what they accomplish. They are “So-and-so’s wife,” and whatever they build, whatever they do, whatever goals they might meet, the credit will go to the man.

It’s been this way for centuries, of course. Perhaps it made some sort of perverted sense that if a woman was her husband’s property, her work and labor and success also belonged to him, the same way that a cow’s milk goes to the farmer.

Today, women are not the property of the men around them. And yet...

I rather suspect, sometimes, that feminism has gone about this thing backwards. How many hours has the average woman spent trying to argue with her [brother, father, male cousin, boss, casual acquaintance, spouse or friend] that women are “just as good as” men?

That is the wrong argument to be having.

Society has always known that women are exactly as intelligent, dependable, creative and talented as the men who take credit for their work.

Consider F. Scott Fitzgerald, who not only based many of his main female characters on his wife, but actually lifted entire passages from her private journals for use in his novels.

Or Jack London, whose wife Charmian helped write “The Valley of the Moon,” developing characters, plots and settings alongside her husband and even “writing entire sections of the manuscript at his request…

“Jack composed in scrawling cursive and Charmian would type up his pages. He frequently asked her to edit as she saw fit. He used her ending to his 1914 novel 'The Mutiny of the Elsinore'."

Charmian had been a writer herself before she met the novelist. In true supportive wifely form, she never expected credit for the work she poured into London’s fame and success.

Again, this can make a sort of sense; if marriage is a true partnership, then both parties contribute to and benefit from their joint work and it can seem immaterial which one gets the credit. It begs the question, though: when do the women get their names on the book covers?

This state of things, where men take the credit and profit and fame from women’s work and claim it as their own, is not limited to 20th century authors or odd religious communities. It is neither a problem exclusively of the past, nor of the home, nor even of the church.

If you know any important men, you have probably met a personal/executive assistant. The job description for this position includes such duties as booking the executive’s travel, managing appointments, taking notes in meetings, organizing the boss’s thoughts and keeping track of his responsibilities and relationships.

These assistants are, if you take the time to pay attention, usually the ones running the show. They know everything their boss knows, and everything he needs to know but doesn't want to bother remembering. They make decisions on behalf of these powerful men, who often trust them and their advice explicitly.

They are also overwhelmingly women, while as of a few years ago about 90% of executives were men.

And would you like to guess which position, executive or assistant, gets the larger paycheck?

I know businessmen who cannot write a professional-sounding email. I have watched men who owned multiple companies turn to their assistants to answer both simple and complex questions about those companies.

If you get high enough on the corporate ladder, apparently, you don’t even have to understand the details of your own job; you just need to hire a capable assistant and pay her a fraction of your salary.

Which puts a lie to the sexist trope that women are less intellectual, less logical or less capable than men - and demonstrates that very few men actually believe that to be true.

It’s just a convenient falsehood that keeps mediocre men in positions of power, and keeps women pouring their talents, time and effort into making men richer and more powerful.

I don’t have a solution. I’m just here because women need to know that they are every bit as capable and intelligent as the men who are underpaying them, and maybe it’s time we all started investing that time and effort into ourselves and our own dreams.

More stories from Rebecca Hansen and writers in Viva and other communities.