by sameer about a month ago in health
Report Story 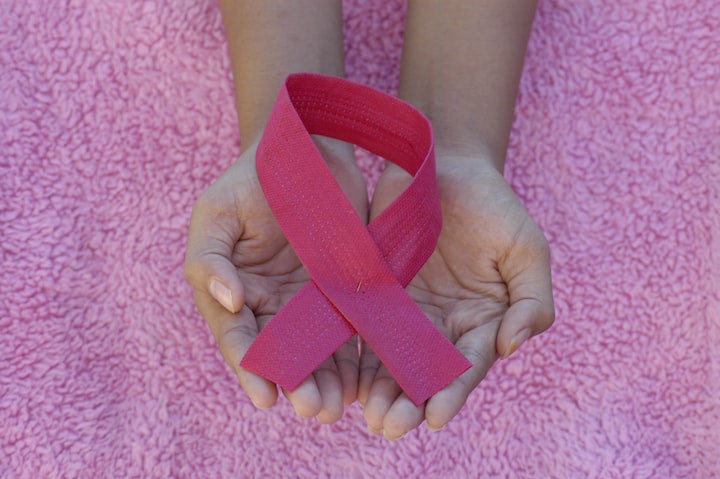 Photo by Angiola Harry on Unsplash

According to data released by the International Agency for Research on Cancer (IARC) in December 2020, the World Health Organization (WHO) announced that breast cancer surpassed lung cancer as the most frequently diagnosed cancer worldwide in February 2021.

In addition to age, obesity, and other non-modifiable risk factors, such as genetic predisposition or family history of cancer, your lifestyle has a big impact on whether you develop breast cancer and how likely you are to do so.

Additionally, recent study indicates that consuming some foods can increase your chance of the condition by about 20%.

The French physicians believed that women who had a "unhealthy" plant-based diet were more likely to get breast cancer.

The study, which was presented at Nutrition 2022 Live Online, involved a comparison of "unhealthy" carbs, such as refined grains, which include white rice, flour, and bread, and healthy plant-based meals, such as whole grains, fruit, vegetables, nuts, and legumes.

According to the study, limiting some common carbs may aid in the prevention of breast cancer.

It includes beverages with added sugar and fruit juices, as well as meals like potatoes. However, carbs have a significant part in the realm of nutrition! There are others who select a high-carb diet, despite the fact that some people think eating fewer carbohydrates improves general health.

Having said that, carbs are vital to human health.

One of the main sources of energy, it supports digestive health, helps maintain muscles, and some types of carbs also aid with diabetes and heart disease.

WHY DO CARBOSES SOUND UNHEALTHY, THEN? You should be aware that there are three basic categories of carbohydrates: sugars, starches, and fibre. Simple carbohydrates, often known as sugars, are typically found in 'unhealthy' items like sweets, desserts, processed foods, and ordinary soda. Complex carbohydrates like starches are created by combining many simple sugars. Starches are necessary for your body to digest sugars and produce energy. Finally, because fibre is a complex carbohydrate that your body cannot break down, consuming meals high in fibre helps you feel satiated for longer. Therefore, you can categorise the carbohydrates into "good" (complex) and "bad" (simple) carbohydrates.

You should cut out simple carbs from your diet because they raise your chance of developing a number of ailments. These can be found in soda, candy, desserts, and processed meals. Contrarily, complex carbohydrate diets provide more vital elements, such as fibre and B vitamins. The WHO states that some factors, such as advancing age, obesity, hazardous alcohol use, family history of breast cancer, radiation exposure history, reproductive history, tobacco use, and postmenopausal hormone therapy, raise the risk of breast cancer. According to the global health agency, behavioural decisions and associated actions can also lower the risk of the illness. These consist of:

4.Avoidance of harmful use of alcohol

5.Avoidance of exposure to tobacco smoke

6.Avoidance of prolonged use of hormones

Some of the most common breast cancer symptoms by the WHO include:

2.Alteration in size, shape or appearance of a breast

3.Dimpling, redness, pitting or other alteration in the skin

4.Change in nipple appearance or alteration in the skin surrounding the nipple

More stories from sameer and writers in Viva and other communities.