by Noor about a year ago in pop culture

The Role of Stereotyping, Social Convention & Social Ritual In Adverts 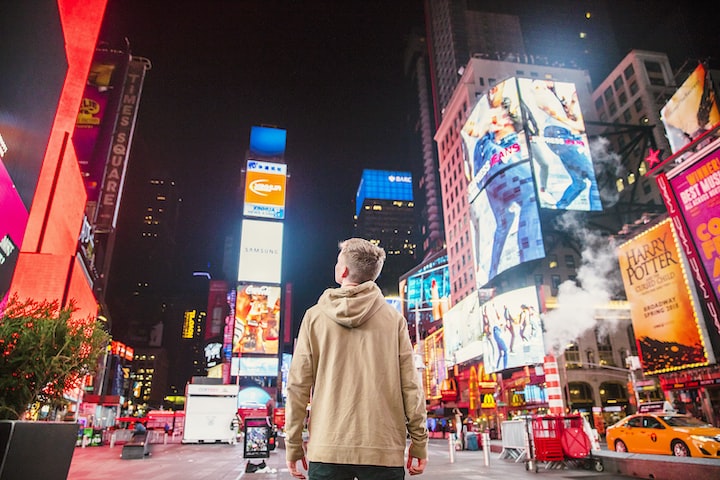 Advertisements have a powerful impact on the way we subconsciously view ourselves and the world around us. Effective advertisements, especially visual ones instill emotions and ideas into their audience regarding themes such as gender, body, and consumption. If we understand how advertisements manipulate us, we will become better able to identify the manipulating elements and avoid becoming brainwashed.

Let's have a look at a simple yet powerful advert for Emma Stone’s Revlon lipstick advertisement. By decoding the symbolism behind the visual elements within the advertisement, we will be able to understand how it instills the need to belong and conform as females in a demanding society. I’ll present it through a semiotic analysis:

Semiotics simply means to the study of symbols or signs that means that you are theorizing about possible understanding of a literary phenomenon or cultural.

The advertisement was featured in Cleo Australia magazine on the back cover of the July 2012 issue.

An advertisement is a form of print media that is a Revlon promotion for their latest Colorburst lip butter lipstick collection, featuring Emma Stone, resting her hand under her chin and gazing in an elegant manner at the camera. She is wearing a ‘Peach Parfait’ lipstick, one of twenty shades of Revlon Lipsticks as well as a matching short sleeve summer top.

On the right side of the page is the name of the company, Revlon, capitalized and hanging vertically on the side of the page in a white font. On the bottom right-hand corner of the advert is an image of the fourteen lipstick collection standing side by side.

The background image is a blurred view of a three-layer bench with accessories that match the color of the lipsticks portrayed. Her hair is tied behind her back in a loose and relaxed manner.

The message of the Advert

There are numerous signifiers within this advert that signify a couple of important themes that are relevant in getting the message across to the viewers.

The advert is clearly gendered advertising that targets a teenage female audience between the ages of 14–23 as it is featured in one of the top best-selling female teenage magazines in Australia.

It works to shape the identity of females as well as construct their concept of beauty.

This is an iconic advert that features the exact thing it portrays which includes a photograph of Emma stone in a close-up shot and the lipstick collection.

The main iconic signifiers include both the images and the text.

Emma signifies beauty, femininity elegance, and glamour. Through the use of Emma, the audience is manipulated into purchasing the lipsticks in order to follow the recommendations of their celebrity and to look like her. Her loosely tied hair brings focus on her face and make-up and connotes a relaxed and carefree mood, which implies that the use of these lipsticks does not require a complicated hairstyle and can be applied on a daily basis.

In addition, the variety in the lipsticks attempts to emphasize the range of possibilities in terms of color and variety that is available to the purchaser. The background image works together to represent and emphasize the colors of the lipsticks, and it is shown as blurry and unclear, working to bring the focus of the viewer to Emma and the lipstick collection.

The linguistic message includes the heading and subheading which signify a statistic that emphasizes the benefits of using the lipsticks and encourages women to try the new commodity.

The heading is capitalized, signifying immediacy and calling upon the audience to take action.

The Revlon logo that is shown vertically through the advert in a white extra-large font connotes formality and pureness through the use of the color white.

The pink and white colors are a form of a symbol that adds emphasis to what the advertisement is trying to communicate.

According to Mahnke, pink is considered a softer, less violent red color and is seen to represent sugar and spice and everything nice. Pink denotes love, romance, and charm.

Only one meaning is inferred within the advert, suggesting that this print media is not polysemic in the sense that it carries the same meaning in different contexts.

It plays with social convention in the sense that it relies on what society expects of women and how it wants the female race to believe and act.

Society expects and demands women to look beautiful and glamorous at all times and make-up is a means of achieving this.

Even though it is performed in private, applying makeup is a social ritual, that is both learned and shared in the sense that every time you apply make-up onto your face, you are doing something to your body that is socially acceptable.

Acculates them either ‘consciously or not, (to) copy the (advertised images) in (their) looks according to Garrett, performing this daily routine makes women feel better about themselves as…’ it marks (them) as a member of a society that shares certain ideas about how (their face and appearance) should look like (Garrett 2003:387)

Our bodies are socially constructed and women are socialized as society shapes their identity and enforces upon them certain values such as beauty and femininity.

They are socialized into applying make-up on a daily basis as it is both acceptable and expected of them.

The advert shapes women’s body image and identity as their body image is socially constructed. It is partly learned from the advertisements they are subjected to which defines how they want their ‘imaginary body’ to look like.

The appearance of women is controlled by the unrealistic images of women’s bodies through indirect advertising methods such as the one discussed in this piece.

This makes most women feel dissatisfied with their own body image.

Women’s desire for beauty and glamour ‘…is constructed by highly sophisticated advertising campaigns. This leads to a strong desire for acceptance within society.

Charenina argues that ‘the concept of beauty brings women closer to the stereotype concept, a concept where beauty ideals are counted on social preference or taste on mostly physical appearance (Charenina 2009:1)

The concept of consumption is clearly relevant here as the advert is linked with the idea of utopia; fantasy and desire play a role in the success of the Revlon campaign.

As Wykes and Gunter argue, as a part of media, advertisement is one area that performs women as the main consumer and also the object.

They are illustrated in utopias figure: slender, young, fit, fair and sexual -which are sometimes, do not fit with the reality that occurs in daily life (Charenina 2009:1)

Edwards points that ‘…people (women in this context) are defined according to their consumption patterns… and that (their) personality is partly constituted or reinforced through commodities (make-up in this case) (Edwards 2001: 118).

This was a brief semiotic analysis of the Revlon Lipstick promotion which included analyzing the signifiers and connotations. Various scholarly references were employed in addition to the concepts that are relevant to the study of everyday life which includes the body, gender, identity, and consumption.

Noor is a first-year business student at Tredu. She is passionate about marketing and content creation. She runs a holistic wellness blog and recently launched her YouTube channel specializing in holistic healing.

More stories from Noor and writers in Viva and other communities.